The Lowdown: Once again, Taylor Swift was lying when she told us there was “not a lot going on at the moment.” Once again, she’s dropped a carefully curated collection of songs unraveling both her extremely public exterior and deeply personal interior life. And once again, it’s an album that acts as a remarkable exercise in lyricism. It’s not just a worthy follow-up to July’s folklore; it’s a mirror, a companion, and a bookend. Taylor had a few more things to say. The fable wasn’t finished yet.

Like folklore, evermore was announced hours before release, framed as a “sister” project to the summer album that gave us the latest reinvention of Taylor Swift and successfully cemented her, even in many previously unconvinced eyes, as one of the strongest songwriters working today. evermore picks up where folklore left off, and it would’ve been easy to believe that all the songs across both projects were written at the same time had Miss Swift not logged onto YouTube and replied to a comment, sharing that she’d finished one track, “happiness”, just last week. She meant it when she said she just couldn’t stop writing songs.

evermore doesn’t necessarily add anything new to the conversation its older sister started, but it’s hard to shake the feeling that if this collection had been released first, it would have been received nearly as positively as its predecessor. There’s a chance we all adjusted to this era of woodsy cottages, lakeside fires, and misty forests so naturally that returning to it was as easy as slipping into a favorite cardigan.

The Good: evermore allows Swift to continue doing what she does best, which is share stories, both real and imagined. This record further establishes her identity as a modern poet, and the allusions to writers of old are tucked throughout. On “happiness”, Swift conjures imagery of the gothic and macabre: “Past the blood and bruise/ Past the curses and cries/ Beyond the terror in the nightfall/ Haunted by the look in my eyes.” Later in the same track, she echoes Daisy Buchanan’s iconic words in The Great Gatsby when she bitterly sings, “I hope she’ll be your beautiful fool.” Swift’s narrative storytelling is on full display with “tolerate it”, a quietly devastating domestic portrait of a relationship that has dissolved into ruins. (F. Scott Fitzgerald wrote The Great Gatsby, but could he have written the bridge of this song? Unlikely!)

The turns of phrase are relentless and piercing across the 15 tracks, almost difficult to keep up with, passing in a flash and registering like aftershocks moments later. “ivy” wraps the listener in an embrace tinged with the melancholy associated with bluegrass; “‘tis the damn season” couldn’t have arrived at a better time, unpacking the feelings of returning to a hometown inextricably tied to memories of a youthful romance. Justin Vernon of Bon Iver leaves touches throughout the album beyond the duet of “evermore”, grounding “ivy” with banjo lines and background vocals and adding electric guitar to “cowboy like me” (which also features additional backing vocals from Marcus Mumford of Mumford & Sons). Later, in “marjorie”, he brings in the synthesizer. Collaborators and co-producers are vigilantly selected on evermore, but Vernon’s additions to the record, both the obvious and subtle, are comfortable and cozy.

The glimmering “gold rush”, co-produced with trusted collaborator Jack Antonoff, is a bright standout. It’s immaculately produced and slight, barely three minutes long, flickering to life and whisking the listener into a starlit night without wasting a moment. The light pulse and breathy, layered vocals pair with playful verses. Though not as unstructured and unbound as some later tracks (with the titular and expansive “evermore” coming to mind in particular), “gold rush” feels almost conversational, a rambling confession of love in a doorway. There’s something about Taylor Swift’s music that makes such earnest moments believable.

The Bad: “no body, no crime” is loads of fun — Country Taylor absolutely still slaps! An exciting and tightly wound track that harkens back to ‘90s revenge favorites from female country artists who so clearly shaped Taylor’s early work, “no body, no crime” unfortunately relegates the HAIM sisters so far into the background that they end up feeling like overqualified background vocalists.

Swift wisely reunited with The National’s Aaron Dessner for production on almost every track of evermore, making room for some more creative pop moments than folklore allowed. (“closure” is a fun, penultimate surprise, injecting the latter half of the record with energy and techy modernity.) But “coney island”, the track featuring The National, isn’t as wondrous as the name might suggest. Other mid-record songs like “cowboy like me” and “long story short” might not rise to the top either, but to say that any of these songs are weaker in comparison to others is like complaining about smudges in a crystal wine glass set — everything here is still beautiful and much better than collections you might find elsewhere.

The Verdict: Taylor Swift has evolved and allowed herself to be reborn over the course of her career, and folklore seemed to mark a turning point in her legitimization as a songwriter, but the truth is that Swift has been turning out stories that tap into heartbreak, love, loss, and hope since she brazenly burst through country radios over a decade ago. While folklore and evermore as a collection of sister records might be her cumulative masterwork, they shouldn’t be the only reason her artistry is taken seriously. Instead, they feel like the amalgam of everything that has led to this point, and this chapter wouldn’t be so sweet if it were missing the steps that got us here. “I haven’t met the new me yet,” Swift sings on “happiness”. When you do, we hope you’ll share her with us.

Pick up a copy of evermore here… 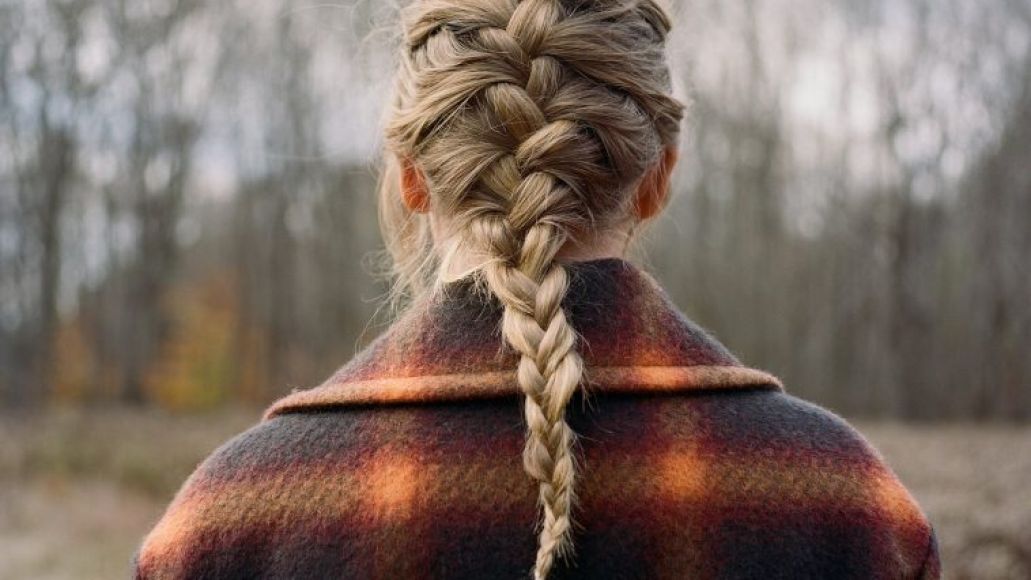