Bad Religion were hoping to tour in celebration of their 40th anniversary this year. Instead, the punk-rock veterans will mark the milestone with a four-part streaming performance series dubbed “Decades”.

“Decades” will be divided into four episodes, one for each decade of the band’s existence: “The ’80s”, “The ’90s, “The ’00s”, “The ’10s”. Each episode will feature footage from a new set filmed at The Roxy Theatre in Los Angeles. In addition to the new performances of songs from each era, the episodes will include exclusive interviews, archival footage from each decade, and more. The band will also participate in a live chat as each episode premieres.

“I can speak for the whole band when I say that we were so disappointed to not be able to tour this year,” said singer Greg Graffin in a press release. “It is our fans and all those concerts we play each year that provide the life-force of Bad Religion. “‘Decades’ allows new fans as well as those who were there at the beginning to get a rich overview of our entire career and witness the changes in songwriting and performance styles at each stage of our evolution.”

The streaming episodes are priced at $15 each, with the full four-part series available for $40. Tickets are available via NoCap Shows, where fans will also be able to purchase era-specific merchandise for each episode.

Bad Religion Share New Song “What Are We Standing For”: Stream

Bad Religion Reimagine “Faith Alone” as a “Symphonic Plea for Reason” in 2020: Stream

Earlier this fall, Bad Religion shared the new song “What Are We Standing For”, a previously unreleased outtake from their 2019 album, Age of Unreason.

See the full “Decades” schedule and poster below. 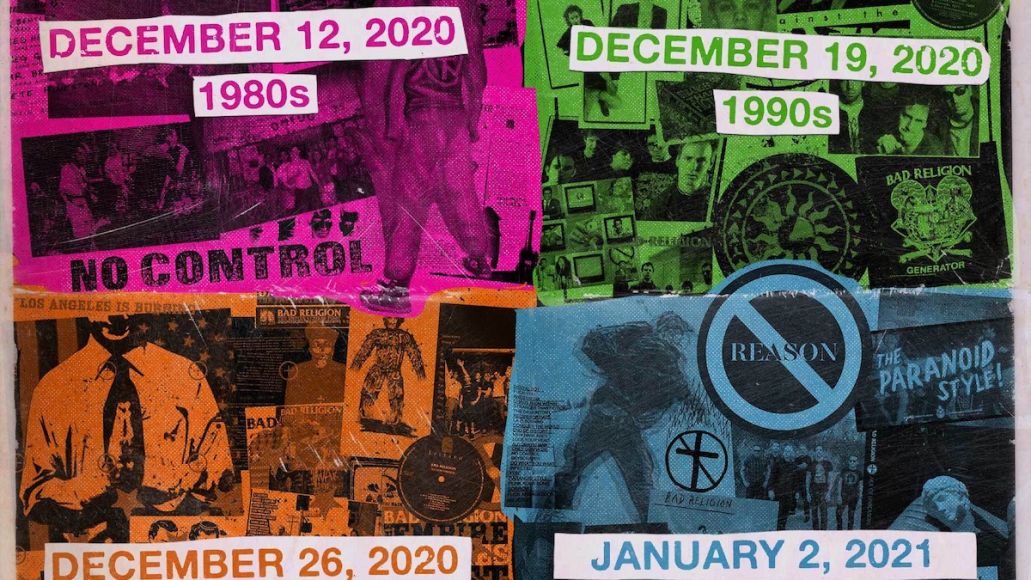