The Pitch: A new original Pixar film from the co-writer/director of Monsters, Inc., Up, and Inside Out, Soul is meant to remind us all how wonderful this studio’s films can be. And with a cast including Jamie Foxx, Tina Fey, and Graham Norton … could it possibly go wrong?

Death Becomes Him: The ads for Soul have been playing for roughly a year, due to the film’s original release plan being upended by the COVID-19 pandemic. But the gist has been the same: Foxx voices Joe, a kindhearted middle-school music teacher in New York City who has dreams of being a full-time jazz pianist. Lucky for Joe, he’s got the talent, too, as he shows to a jazz legend (Angela Bassett) during an impromptu audition. After getting the gig, everything seems swell for Joe…until he falls through an open sewer and dies. (Even if you’ve avoided the marketing, you should know that all of this occurs in the first eight minutes of Soul.)

Joe is horrified to see that his human form has been replaced with a glowing light-blue bulbous mass, and that he’s headed for a place called The Great Beyond. He desperately tries to escape back to Earth, and winds up in The Great Before, where soul mentors work with new souls to help them find their spark and arrive on our planet. Joe’s paired with 22 (Fey), a dour soul who has no interest in arriving on Earth, until the pair realize that by helping Joe return to his body, 22 will never have to go through the soul-match process again. 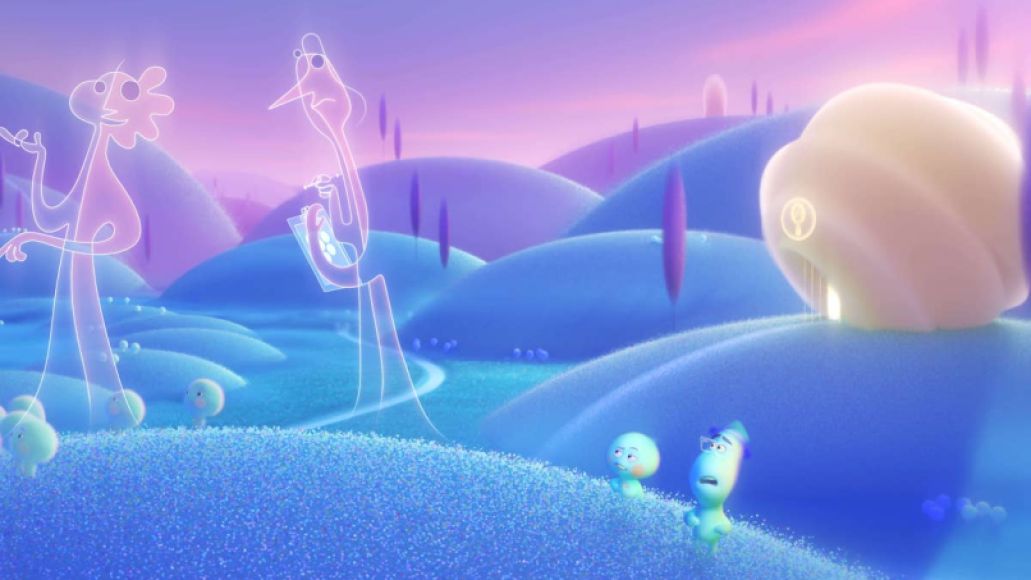 Another Pair of Mismatched Buddies: Like Inside Out, Soul has a heady premise and a fair amount of exposition to speed through. And like many Pixar films, Soul is at heart a fast-paced buddy comedy in which a mismatched pair get closer to each other over the course of their adventure despite being far apart at the start. Where Soul excels primarily is in its visualization. When Joe hightails it out of the floating ascending escalator that leads all dead souls to the white maw that is the Great Beyond, he falls through countless layers of existence in a series of images that are among the most jaw-dropping and beautifully avant-garde that Pixar has ever created. (Think of the scene in Inside Out where Joy, Sadness, and Bing Bong are deconstructed from their three-dimensional forms to oozing masses, and you’ll have an idea of where this is going.)

Even after Joe winds up in The Great Before, the way in which he, other souls, and the soul counselors that occupy this strange world are visualized harkens back to 50s-era Disney shorts like Toot, Whistle, Plunk, and Boom, or the Oscar-winning Pixar short Day and Night, in which the eponymous characters are primarily seen through activities which take place during the daytime or nighttime. Pixar is the standard-bearer for gorgeous computer animation, and it’s easy to take their visual prowess for granted. But Soul is a huge step forward, a groundbreaking way to represent the world that exists outside of human existence. 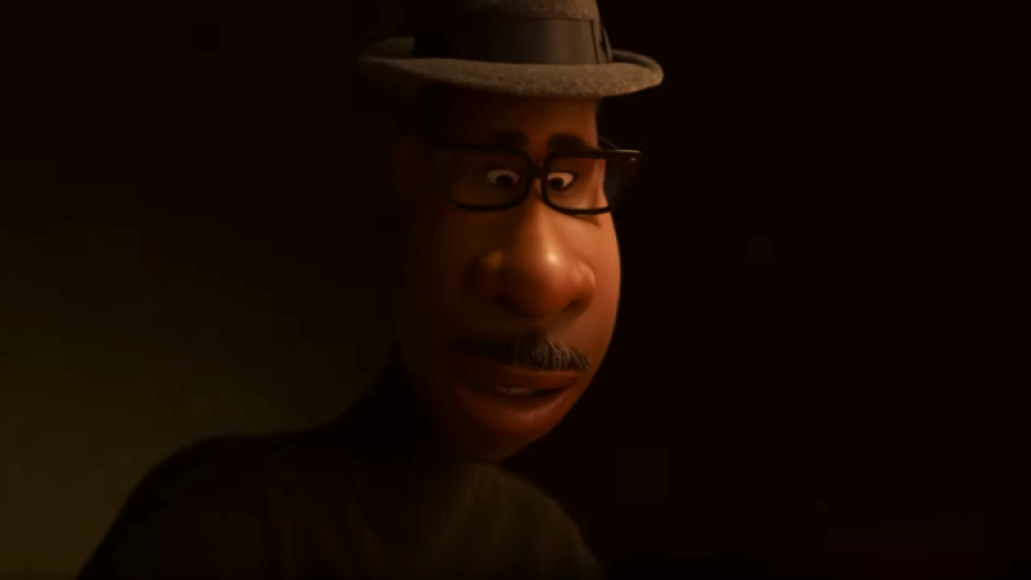 Being Human Again: Soul is also, much like Docter’s other films, an uplifting depiction of the human spirit. There’s darkness in the film (nothing quite so dark as the backstory for Carl Fredricksen in Up, admittedly), but this is a tale that’s meant to be life-affirming as opposed to being cynical or dour. The pitfalls of Soul are less reflective of the actual story than they are of the reality that 25 years into releasing feature films, Pixar has become — dare it be said — a mite formulaic.

Joe and 22 are as different as possible; it’s not just that Joe wants to go back to being human, it’s that 22 sees no reason to ever become human. It should come as no surprise that 22’s mind gets changed by the end of Soul. (Having said that, some of the best jokes in the film come courtesy of 22 describing the way she’s driven past mentors like Abraham Lincoln and Mother Teresa crazy, and how she enjoys tampering with humans.) 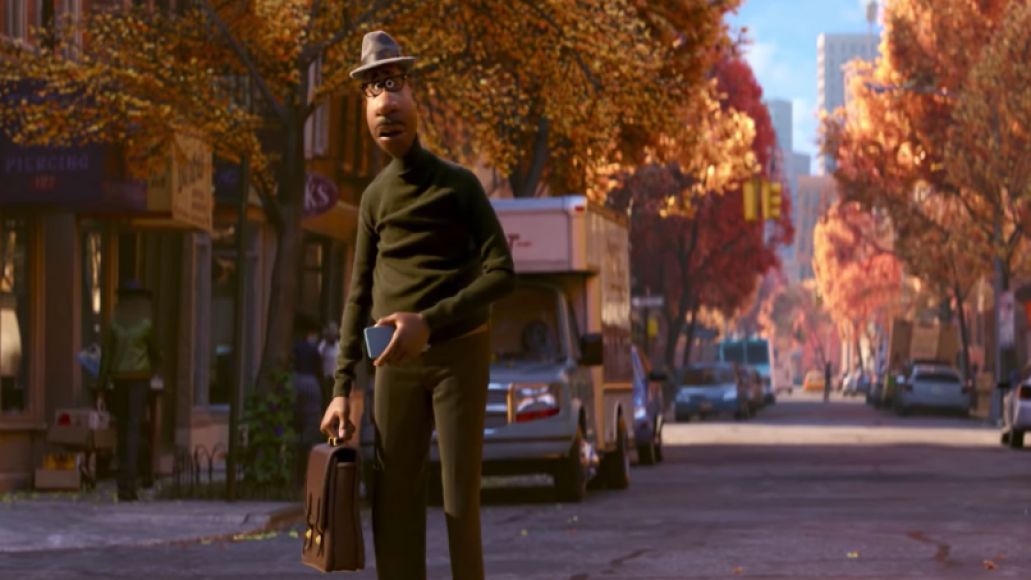 A More Inclusive Story: The manic way in which 22 realizes the beauty of being alive, and in which Joe learns that while music may be his passion, it’s not the only thing in his life worth celebrating is fairly part and parcel with Pixar’s past storytelling flourishes. There’s farcical elements aplenty, especially when Joe and 22 return to Earth earlier than expected. Without going too much into detail, though, this is one way in which Soul stumbles.

Much has been made of the fact that Foxx is playing the first Black protagonist in a Pixar film, and he’s quite good at capturing the polite frustration Joe has towards the fact that he’s toiled as a public-school teacher, waiting for his first true shot at musical greatness, and may have had it taken away from him thanks to a literal wrong step. And Soul boasts, it’s worth noting, one of the most diverse ensembles of any Pixar film. (Irish talk-show host Graham Norton, as a human with a unique way to tap into the Great Beyond, is the only white male actor in the cast.)

But a good chunk of Soul is about Joe and his identity as framed through the viewpoint of the skeptical 22, almost robbing Joe of his own identity in favor of the obnoxious soul who not only sounds like “a middle-aged white lady”, as Joe notes, but chose the voice to annoy others. Joe’s Blackness is acknowledged a few times, such as when he points out how hard it is to hail a cab, but only in passing. Considering how Joe’s own identity is re-contextualized throughout the film, there’s more Pixar could’ve done in pushing itself to be more inclusive at the top.

What’s Streaming on Disney+ in December 2020

The Verdict: A lot of the problem with Soul isn’t a problem with this film as much as the entire studio. Pixar has now done so many buddy pictures that it’s become old hat, even if the universes they create to place those buddies become more and more daring. Here, as in Coco, music is a vital part of the story without actually turning the film into a full-on musical. (Both the score, by Trent Reznor and Atticus Ross, and the jazz arrangements, by Jon Batiste, are wonderful.) Though Pixar has often rebelled against the Broadway-musical structure and style that marked so many Disney animated classics, Soul implies that the studio could handle new stories. The originality of vision remains strong with Pete Docter and his cohorts. But beyond strange new concepts, they need to dig deeper for more truly unexpected characters.

Where’s It Streaming? Soul descends upon Disney+ on December 25th.