The Pitch: The Godfather trilogy has to be the most beloved hated idea in popular cinema. The Godfather, about the semi-reluctant rise of Michael Corleone (Al Pacino) to become the head of his family’s criminal organization, is one of the most watched and venerated American movies. The Godfather Part II, about Michael leveraging the last bit of his soul for control that isn’t his to take, broke a rule it could just as easily have created: it’s a sequel every bit as good as the original. The third Godfather movie, which sees Michael’s past replay itself in a violent burlesque? That’s a movie over which people are still personally aggrieved.

They’ll come out of the woodwork to tell you The Godfather Part III sucked. Go ahead and post about it on social media, someone will find you and tell you about it. Well, after 30 years of thinking about it, director Francis Ford Coppola returned to the original negatives and carved out a better cut. It’s still got the same story — Michael trying to keep his family close to him as he prepares a future for them that involves him stepping away at long last from the family business — but it’s tighter, leaner, and, especially now that the movie is implicitly about looking back on past mistakes, has that glow about it of an ugly but beautiful past.

Personal Business: So what’s the difference between the much-loathed 1990 version and this new one? About 20 minutes have been shorn off; most importantly, some old stock footage (the same thing that killed Robert Towne’s Chinatown sequel from around the same time this was released). Coppola flipped around a decent amount of the first act, opening not with a solitary Michael meditating on his legacy, but with Michael fixing up his Vatican deal that eventually undoes him. 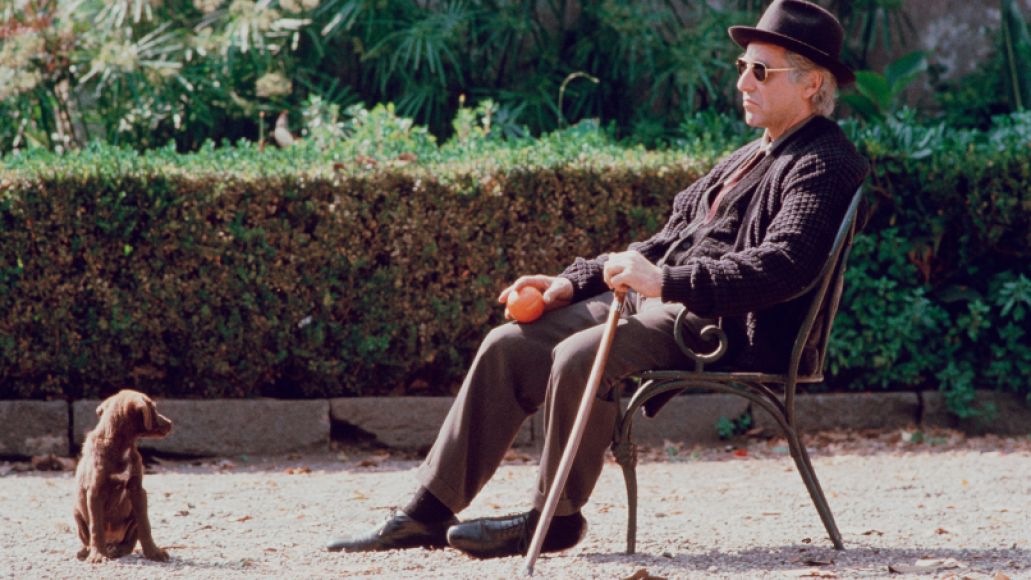 The Godfather Coda: The Death of Michael Corleone (Paramount)

The movie — now titled Mario Puzo’s The Godfather, Coda: The Death of Michael Corleone — is more centrally about Michael. There’s a little less of Eli Wallach’s Don Altobello, what feels like a little more of Talia Shire’s Connie Corleone, and the scenes featuring Sofia Coppola as Mary Corleone are tighter. Granted, they aren’t really any better, either, but here’s the thing: They were never as bad as people said. Yeah, Sofia was untrained at the time and freezes up a little on camera (not surprising, given how much she’s tasked to do so early on), but she’s luminous, an old-school Italian screen beauty like Silvana Mangano or Lisa Gastoni.

In hindsight, it never really mattered what Sofia’s performance was like, because Coppola’s movies aren’t really movies in the way of a Frank Capra or a James L. Brooks movie. The operatic grandeur is the thing. Coppola was painting frescos with blood and candle light. If you were looking for realism — in a movie starring Al Pacino of all place —  you were in the wrong place. Let’s not forget, people were also complained about Keanu Reeves in Dracula and you know what? They were wrong, too. That’s a beautifully ridiculous performance. Rudolph Valentino would have given that performance!

I Made My Bones When You Were Going Out with Cheerleaders: Coppola’s been going back to his back catalogue for a lotta years now, shaping a perfect version of Apocalypse Now and making The Cotton Club better by half. Why does he do this? You know, other than because he was fucked with by studio heads more than almost any other living director? Because he can’t get financing to make anything new. His last movie, 2011’s Twixt, the closest thing to American Godard not directed by Spike Lee, was so radical and fun and absurd that it couldn’t scare up distribution and kind of just dissolved into the ether, one more experiment from a man who used to be famous for them.

Well, if they won’t let the man who made the goddamned Godfather make new movies, why shouldn’t he just mess around with his back catalogue. At the very least, I’m sure it made his pandemic time fly by a little quicker. And they’re his movies. Who’s gonna stop him, you? Until they let him make Megalopolis, his long-gestating sci-fi epic (and uhh tick fucking tock, moneymen, he’s 81 years old), he should be allowed to do what he pleases. He made Rumble Fish. What have you done with yourself?

If Anything In This Life Is Certain, If History Has Taught Us Anything: If I’m defensive it’s because I owe a good chunk of my life to my love of Apocalypse Now Redux. It was the movie that tuned me to the frequency of cinema as a purely sensory instrument. I long ago stopped caring if that movie had anything to “say” because I was too busy listening to it. The Godfather Part III getting dreadful reviews was the beginning of the end for Coppola’s career. He’d survived Apocalypse Now being hailed a film maudit, only to make an even bigger and better flop in One From The Heart. Then, he made one great, sturdy film after another all through the ’80s with The Outsiders, Tucker: The Man & His Dream, and Peggy Sue Got Married. This ’80s period was among his best and most audacious: He tried everything and largely succeeded.

Then came The Godfather Part III. I’ve never really understood the response to it: People loved The Godfather so much that they hated this attempt to bring the saga to a close. Then they held it against him, seeming to forget that he’d made the ones they did like. So, he makes his Dracula because Winona Ryder owed him a favor for bailing on playing Mary Corleone, then he makes Jack because he wants to help young screenwriters out, and then he makes The Rainmaker because it’s against the law not to make John Grisham books into movies in the ’90s. That’s when the phone stopped ringing, though. So, he finances three movies with wine money because studios just won’t take a chance on him anymore, and even if they would, they certainly wouldn’t let him do as he wants. In other words, he was used to breaking the door down, and then they locked it behind him. 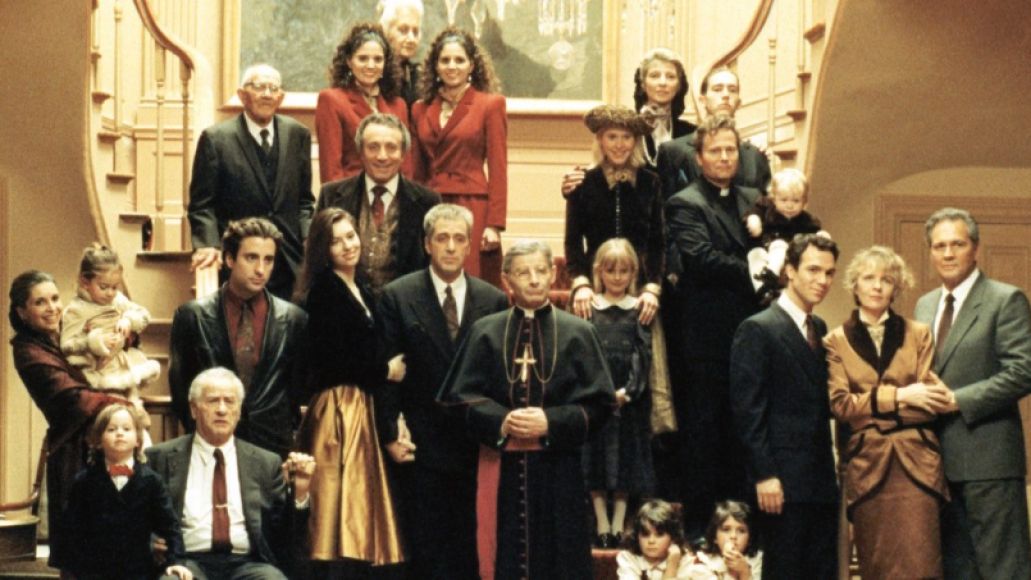 The Godfather Coda: The Death of Michael Corleone (Paramount)

Just When I Thought I Was Out: Coppola’s boldly inventive and unapologetically huge style never won over fans. In fairness, The Godfather works because it feels both real and presentational. It felt like the first movie to happen in real rooms because studio lighting was always so bright and central. In hindsight, it seems absurd, but watch all the other mob movies from around that time and you’ll quickly realize why The Godfather was so popular. But Coppola wasn’t ever really The Man Who Made The Godfather. He was like Van Gogh or Picasso; he wanted to see what he could get away with. Turns out it was not The Godfather Part III.

As good as I recognize the new cut is, I’ll always kind of miss the unruly sprawl of the first cut. Even for having such a deep bench of players (Helmut Berger! Bridget Fonda! John Savage!), you only really get to know Michael and his bastard nephew Vincent (Andy Garcia). I like that it’s like Christmas with your extended family — unwanted stories and drunk uncles and all. The Godfather Part III is soapy and wild and bloody and grim (“my lucky coat!”) and I have always loved it.

The new cut is undeniably better, but again, for my money, there was never anything wrong with this I couldn’t overlook. I like spending time in Coppola’s world, and this was one of his most aesthetically and sonically pleasing wings of the great house of his art. From the bloody climax set to “Cavalleria rusticana” to the deep brown, cream, red, and black colors that overwhelm its palette, this is one lovely and shocking image after another. It was always on TV when I was a teenager, and I never changed the channel.

Joe Mantegna on Landing The Godfather Part III: “The Pizza Guy Heard About It Before My Agent”

Diane Keaton: Watching Recut Godfather: Part III Was “One of the Best Moments of My Life”

Where’s It Streaming? The Death of Michael Corleone is currently available on VOD. It’s also available for purchase on Blu-ray via Amazon.

The Godfather Coda: The Death of Michael Corleone Is Tighter, Leaner, and Self-Aware: Review