A year after releasing One of the Best Yet, DJ Premier of Gang Starr has put together an instrumental version of the album. What’s more, they’ve paired the release with a previously unreleased song called “Glowing Mic”

While Guru died a decade ago after a battle with cancer, his partner Preemo used unreleased verses and a host of guest verses to create one of the most striking posthumous efforts in recent memory. The new instrumental version will be welcomed by DJs worldwide, but Gang Starr’s ride-or-die fan base will be drawn to the new addition, “Glowing Mic”, available in explicit and clean versions. As Premier told Rolling Stone, he found a different set of lyrics to the group’s first post-Guru release, “Mr. Gang Starr”. He explained,

“Since the song ‘Mr. Gang Starr’ was previously released after we hadn’t worked together in so long, I noticed the multitrack session said ‘Mr. Gang Starr (Original Version)’. The lyrics and the hook are totally different so I gravitated to it and I didn’t want to use the same title and confuse people. My search for scratch ideas landed me across a song I produced for Torae ‘For the Record’ in 2011. The line says ‘I destroy the mic for my glow.’ Instantly ‘Glowing Mic’ became the title simply from hearing that line.”

One of the Best Yet (Instrumental) Artwork: 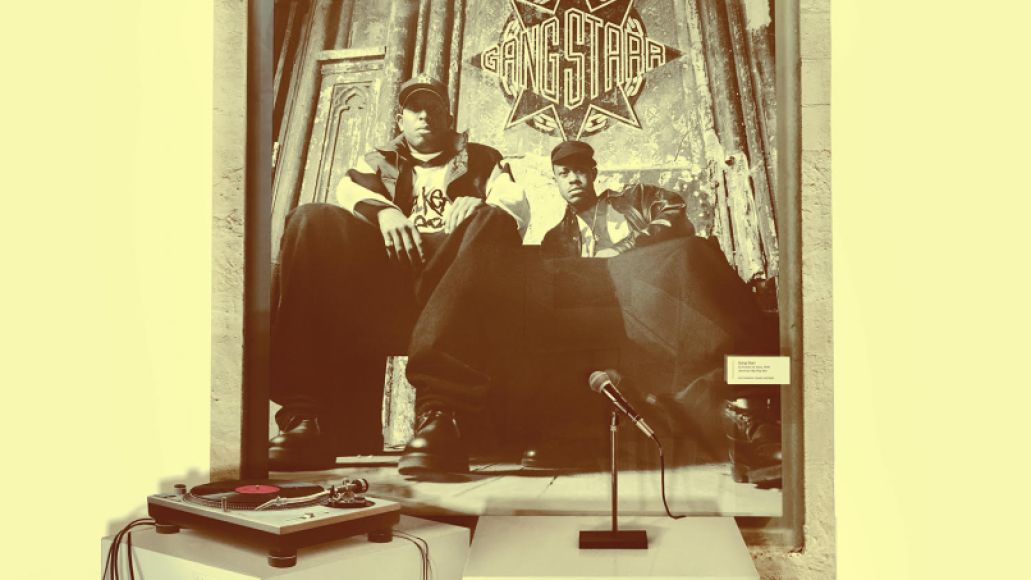