Griselda Records is breaking into the movie business. The hip-hop collective and record label has announced that a debut feature film called Conflicted is on the way, as is the stacked soundtrack that will accompany it. Check out the official trailer below.

According to a press release, Conflicted is an “urban tale” depicting Benny the Butcher as a Buffalo gangster named Hunter who struggles to do right after being released from prison. Faced with the dilemmas of his fresh start, Hunter declares he will never to go back to the game that cost him his freedom. In the process of getting back on track, though, he falls in love and is inevitably confronted with the demons of his past. All of this leaves Butcher feeling — wait for it — conflicted.

Conflicted is directed by AK Reed, written by Deuce King, and stars Westside Gunn, Michael Rapaport, J. Holiday, and more alongside Butcher and King. It’s scheduled to hit Pay Per View on January 15th at 8:00 p.m. EST. Tickets are already on sale.

Meanwhile, the Conflicted soundtrack will drop on January 8th via Griselda/BSF. In addition to featuring music by the Burden of Proof rapper and Gunn, it includes contributions from Dave East, Armani Caesar, Boldy James, Lloyd Banks, Flee Lord, ElCamino, Eto, and Ransom, among others.

While the full tracklist has yet to be revealed, Griselda did tease what’s to come by releasing the soundtrack single “3:30 in Houston”, the first track Benny the Bucher has shared since getting shot in Houston. It’s a low-key rap number about sticking up for your crew, keeping your head high, and repping where you came from — all themes that tie into the plot of Conflicted. Stream it after the jump. 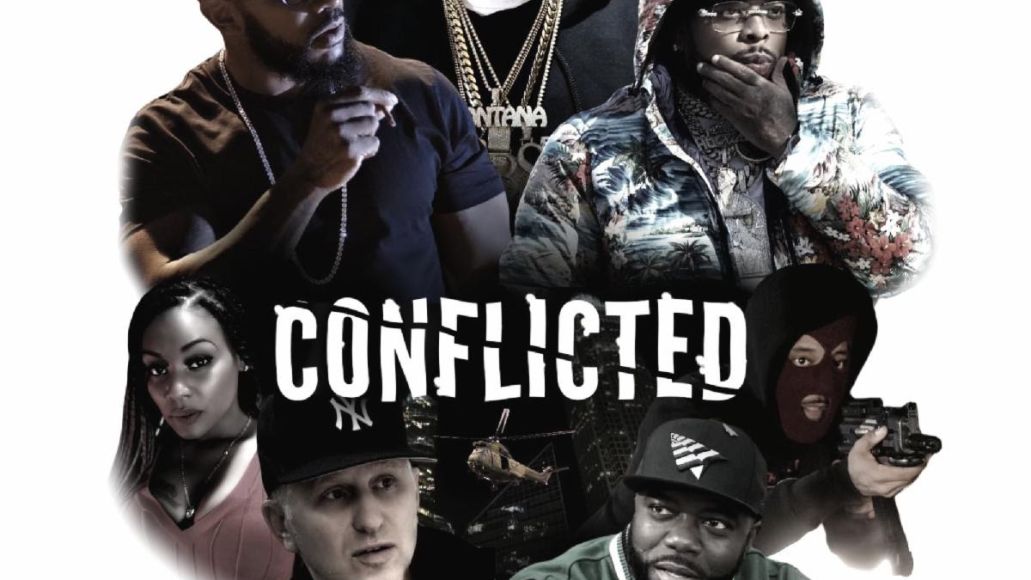