It’s 1989 and It’s just been announced that Francis Ford Coppola is going to be doing a third installment in The Godfather franchise. This is a big deal. By then, the first two films were already historic masterpieces, and had rightfully taken their place in the pantheon of the greatest films of all time. Because of this, there were a lot of boxes to check: Coppola would have to create a third installment that managed to move the plot forward, serve as an essential chapter on its own right, and live up to the reputation of the first two. There were so many moving parts that could ultimately go wrong, but if anyone was up to the challenge, it was Coppola. This time around, however, he would need a new antagonist and he found one in Joe Mantegna.

Mantegna, who won all sorts of acclaim and a Tony for his work onstage in Glengarry Glen Ross, would play Joey Zasa. A “bella figura”, as Mantegna saw it, who ultimately finds himself at odds with the Corleone family. It’s a role that easily could have pivoted into stereotypical gangster territory. However, Mantegna opted to rise above that, seeing the films not as a series of gangster movies, but family movies. And while the third installment itself has been dragged through the mud over the years, Mantegna’s portrayal of Zasa still holds its own as a standout performance in the overall trilogy.

In celebration of the film’s 30th anniversary, Coppola has delivered The Godfather Coda: The Death of Michael Corleone. By reworking certain elements of the film, Coppola allows us to finally see a final product much closer to what he had initially envisioned And while the changes are primarily with regards to the structure of the bookends, the new cut affords fans and viewers the opportunity to reevaluate the film and see it through a new lens. Three decades later, despite its flaws, this new cut manages to do exactly what Coppola set out to do with it — warts and all.

The Godfather Coda: The Death of Michael Corleone Is Tighter, Leaner, and Self-Aware: Review

Diane Keaton: Watching Recut Godfather: Part III Was “One of the Best Moments of My Life”

In honor of the film’s release this month, Consequence spoke to Mantegna about his role in the film. Together, they discussed how he viewed the character, the John Gotti comparisons, a surreal moment upon arrival in Italy, the “process”, his memories of Coppola and Al Pacino on the set, his own first thoughts upon seeing the original cut, and its surprising legacy.

On Landing the Part

I think Coppola had a familiarity with me. When I did the play Glengarry Glen Ross on Broadway, that opened up a lot of doors for me in the film industry. I mean, I won a Tony Award, the show won a Pulitzer Prize, I wound up doing it for a year on Broadway. Every director on the planet saw the play. And I think that upped my stock in terms of being a viable actor.

And then also I did this movie a couple of years prior to Godfather called Wait Until Spring Bandini, which was based on the John Fante book. And Coppola was a huge fan of Fante, and in fact co-produced the movie. [American] Zoetrope [Coppola’s production company] co-produced the movie. It was mostly foreign, though. It was Italian and Belgium and had American producers, because Fante had a big following in Europe as well. John Fante was like Charles Bukowski’s favorite writer. So in certain literary circles, especially in Europe, he was very popular.

Anyway, I did that movie. I was one in the leads in that movie with Faye Dunaway. So I knew Coppola was familiar with me as an actor, though I had never met him at that point. Obviously enough so that he cast me in the role [in The Godfather Part III] without a meeting or an audition or anything like that. So I got hired and that was that. As my friend Vinny Guastaferro said to me when I got cast, “Hey man. You’re gonna be in the Italian Star Wars.” It was a big deal.

On Finding Out He Got the Part 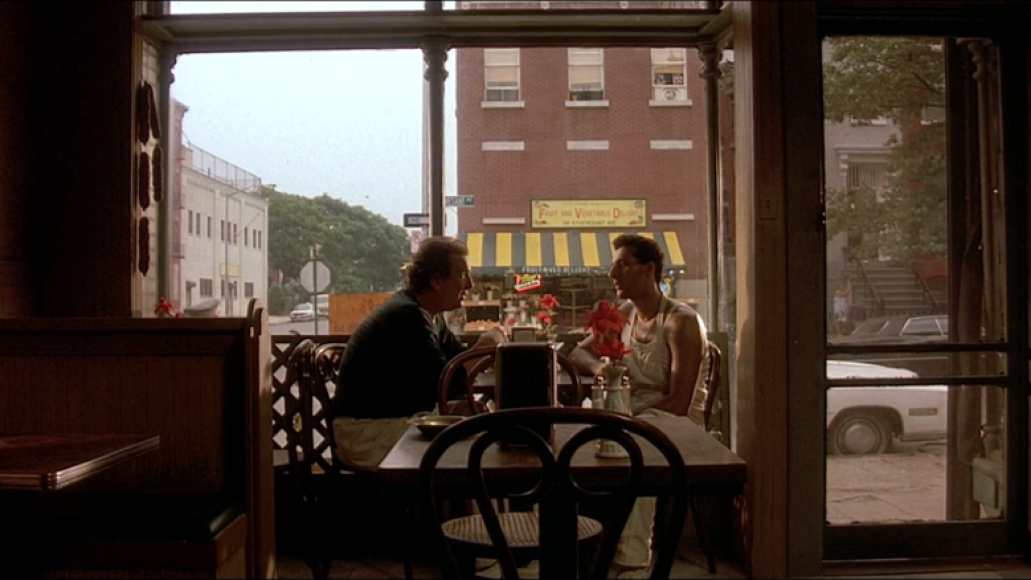 Do the Right Thing (Universal)

There’s an interesting story behind how I found out. I knew I was up for the role. But that’s all. And you hear that a lot with any role. “You’re being considered.” For all you know, there’s a list of 10 guys. I remember it was a Friday night, and I was going to this restaurant in my neighborhood here in California to pick up something for my wife. It was an Italian restaurant. And I walk in the door – I knew the owners, who were two brothers – and the one owner looks at me and he goes “Joey, you son of a bitch. You’re going to be in Godfather III.” And I said “What?” And he said “You’re gonna be in Godfather III. Come on! Don’t be shy. Come on!”

And I’m thinking What the hell? Why is this guy at the Italian pizza joint saying this to me? I said, “What are you talking about?” He goes, “Joe. Come on. My nephew works at the casting office for Paramount Pictures. They just finished the meeting up there. They put the pictures of the actors up on the wall.” He said they had Al Pacino… He said, “They put your picture up on the wall. They cast you in the part. You know that.”

Of course, I don’t wanna tell the guy that I don’t know that. So I say, “I know I’m being considered for a role in it. But you never know…” I’m trying to downplay it as much as I could, but I’m thinking I just want to get out of this restaurant and get home so I could call my agent. Because it was Friday night. It was late in the day. It was like 6 o’clock after hours.

So I run back to the fucking house and I call my agent, and I said, “What the fuck? The pizza guy at the corner just told me I’m in the movie.” He goes, “Yeah! I just got the call. I was just gonna call you.” So, literally the pizza guy heard it from his nephew before my agent heard. Of course, it didn’t dampen the excitement; it gives me a little story to be able to tell.

So, that’s how I found out. 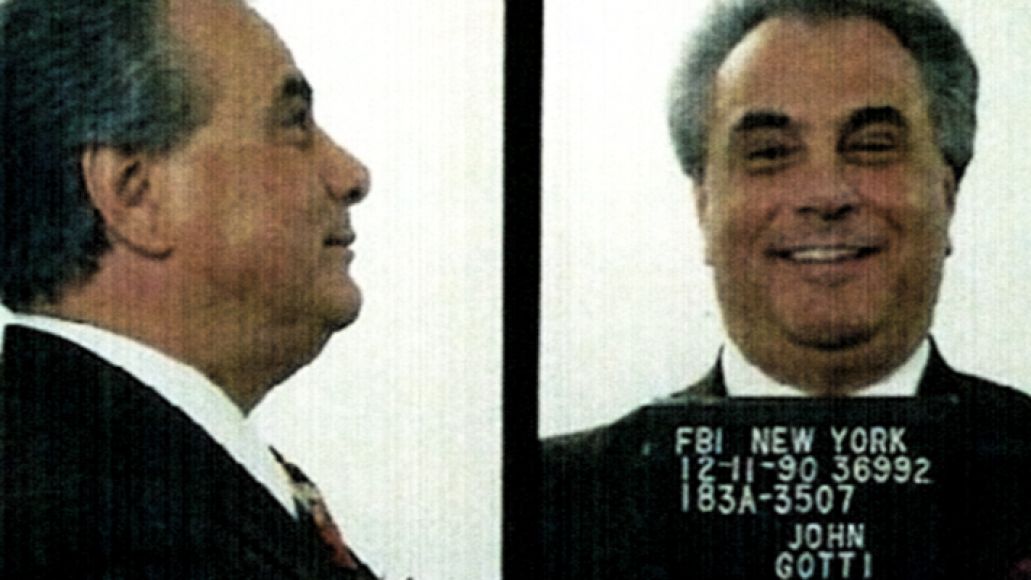 Yeah. It was pretty obvious there was certainly going to be a Gotti influence in there, because of the whole bella figura and the way he dressed. Up to the point, in fact, where I was on the set once in New York shooting right across the street from the Ravenite Social Club, which was Gotti’s headquarters. Literally two of his bodyguards were introduced to me by his stunt coordinator who knew them. As you can imagine, these were big tough guys who I guess on occasion would even act as extras in the stunt world — and they just wanted to meet me. They basically said “Oh, Mr. Mantegna. We hear your character is somewhat based on Mr. Gotti.” I didn’t know how to answer that. I was like, “Well, I don’t know. You’d have to talk to the writer or director about that. I don’t know.”

Joe Mantegna on Landing The Godfather Part III: "The Pizza Guy Heard About It Before My Agent"