Jack Antonoff and The Ally Coalition have announced an absolutely bonkers lineup for the seventh annual Talent Show. This year’s event will be livestreamed on December 21st, and feature performances from St. Vincent, Sleater-Kinney, Spoon, The Chicks, Brittany Howard, Lana Del Rey, Tierra Whack, and more.

Founded in 2013 by siblings Jack and Rachel Antonoff, The Ally Coalition raises money for non-profits servicing the LGBTQ community. This year’s edition comes with a suggested donation, with proceeds earmarked for organizations that service homeless youths.

With an in-demand ghostwriter making the calls, the Talent Shows have never had trouble securing talent. But the worldwide pause caused by the pandemic seems to have freed up people who would have otherwise been touring, because the 2020 edition has the starriest lineup yet. Antonoff’s Bleachers project will be performing, as will Big Red Machine (The National’s Aaron Dessner and Bon Iver’s Justin Vernon), plus Blu DeTiger, Clairo, Claud, Andrew Dost, Muna, Maggie Rogers, Shamir, Rufus Wainwright, Wallows, and Hayley Williams.

A press release announcing the event also promised “surprise guests.” While we’re not saying it’s Taylor Swift, we would be remiss if we didn’t point out that between Antonoff, Dessner, and Justin Vernon, just about all of the writers behind folklore and evermore  will be in attendance. The ball is in your court, Ms. Swift, or, to put it more poetically, the plaid shirt is in your forest.

The livestream begins at 9 pm ET on December 21st. You can donate and RSVP now.

Antonoff has been doing more than frolic in the folklore-ic woods. His Bleachers project recently released a pair of new songs, “45” and “chinatown”, the latter of which features Bruce Springsteen. Last week, The Boss and he performed “chinatown” from a NYC rooftop. 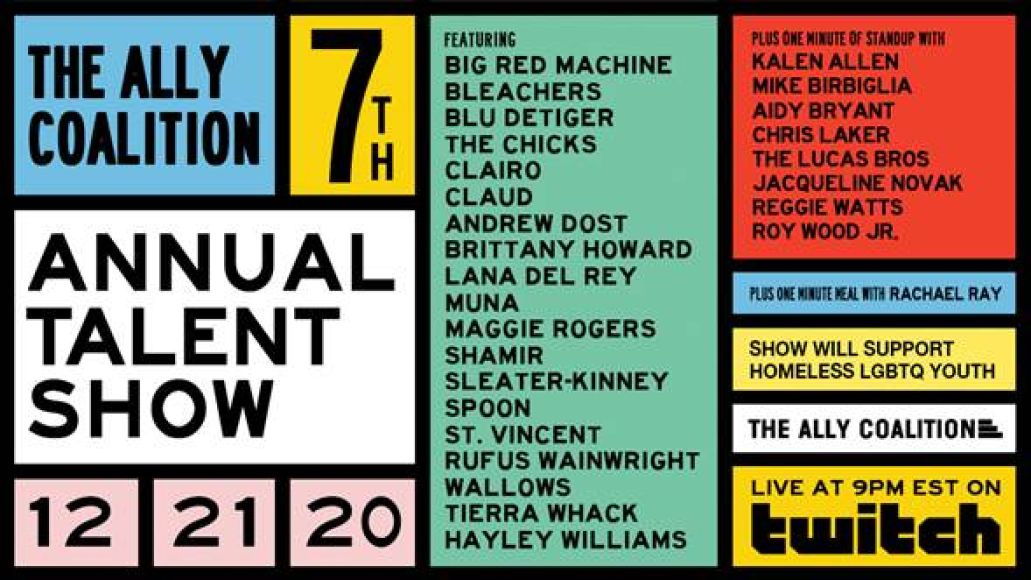