Lamb of God have revealed their second signature coffee, the “Overlord” dark roast, continuing their collaboration with Nightflyer Roastworks.

Lamb of God and Nightflyer previously teamed up for the “Memento Mori” roast. The two were gracious enough to supply Heavy Consequence with a sample, and it was fine coffee indeed. While “Memento Mori” was a bright all-purpose roast, great for an everyday cup or espresso, “Overlord” makes for darker brew and is a take on classic diner coffee.

The idea for Lamb of God signature coffee comes from guitarist Willie Adler’s long-time hobby of DIY roasting and exploring coffee shops around the world while on tour. Together with Nightflyer owner Paul Waggoner — also a guitarist for fellow metallers Between the Buried and Me — Adler turned his personal obsession into the coolest and most rejuvenating band merch of 2020. It was frontman Randy Blythe that convinced them to go darker on the second batch.

“I loved what Willie came up with for ‘Memento Mori,’ but I have been lobbying him to make a dark roast ever since,” Blythe commented in a press release. “I like my coffee strong, dark and BLACK like my soul. ‘Overlord’ checks those boxes!”

The roast blends beans from Brazil, El Salvador and Guatemala to create “very rich, dark chocolatey notes” and a slightly “smoky” flavor. Described as a “diner dark,” the roast is Lamb of God’s version of the diner coffee they’ve grown to love while on tour.

We previously spoke with Adler specifically about his history as a coffee roaster and how “Memento Mori” and “Overlord” came to be. What started as a homespun project involving vintage popcorn machines and fire — a classic, if extremely dangerous, way to roast at home — is now a legitimate side gig with the help of Nightflyer’s high-end equipment and coffee sourcing.

You can pick up 12-ounce whole-bean bags of both roasts for $20 each via Lamb of God’s coffee webstore. And be sure to sip a cup while listening to Lamb of God’s stellar self-titled LP, which topped our list of the Top 30 Metal + Rock Albums of 2020. 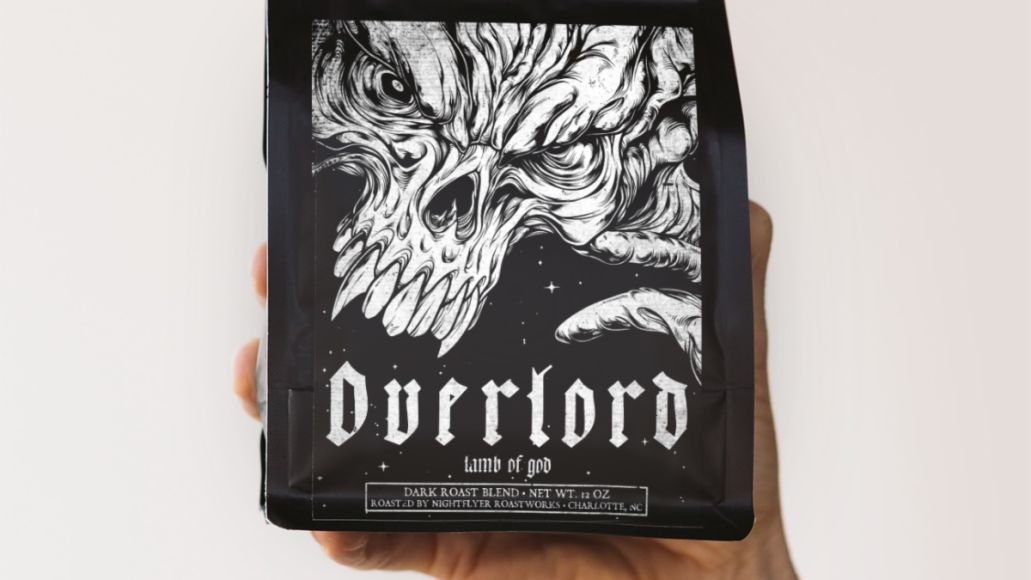