In our new music feature Origins, we give artists the chance to dissect the influences behind their latest single. Today, Frank Iero and The Future Violents tell us about the superhero roots of “Sewerwolf”.

Back in April, Frank Iero of My Chemical Romance offered at-home guitarists free online lessons on how to play some of the band’s biggest hits like “Welcome to the Black Parade”. But that’s not all the rock musician was up to during quarantine: Iero and his other project The Future Violents began prepping a new EP titled Heaven is a Place, This is a Place.

Due out next month, the forthcoming effort is a companion piece to the group’s 2019 album Barriers. It’s divided up into two distinct movements, with each one spotlighting a different facet of the band. Side A is injected with anger and might, as it deals with the concept of violence. Side B, meanwhile, pulls back the curtain on The Future Violents’ more fragile and contemplative side.

As a preview of the EP, Frank Iero and The Future Violents are sharing a new single today dubbed “Sewerwolf”. From the very first brawny and reverberating riff, it’s apparent the track howls Side A. Iero himself confirms this not long after with a literal howl of his own.

“On the day I was born the skies shattered and wept/ You best believe it was something to see, baby, saviour born sinner delivered as flesh,” he sings, each syllable outstretched over menacing minor notes. “When I took my first breath the earth rattled and shook/ I’m graced by disgrace I put rats in their place, yeah/ They’re barking like dogs while we’re howling like wolves.”

Anticipation and an unstoppable energy gradually increase, before Iero finally lets loose entirely and rabidly during the forceful chorus: “I come alive forged in fire/ My love will break these chains built from pain, they can’t hold me down.” With Iero exhaling an inferno the way he does here, it’s hard to imagine anything standing in his way.

Stream “Sewerwolf” below, and then read Iero’s Origins on the track — it’s no surprise the song has superhuman beginnings. Heaven is a Place, This is a Place, which also features a special cover of R.E.M. classic “Losing My Religion”, is officially out January 15th via UNFD. Pre-order the EP here. 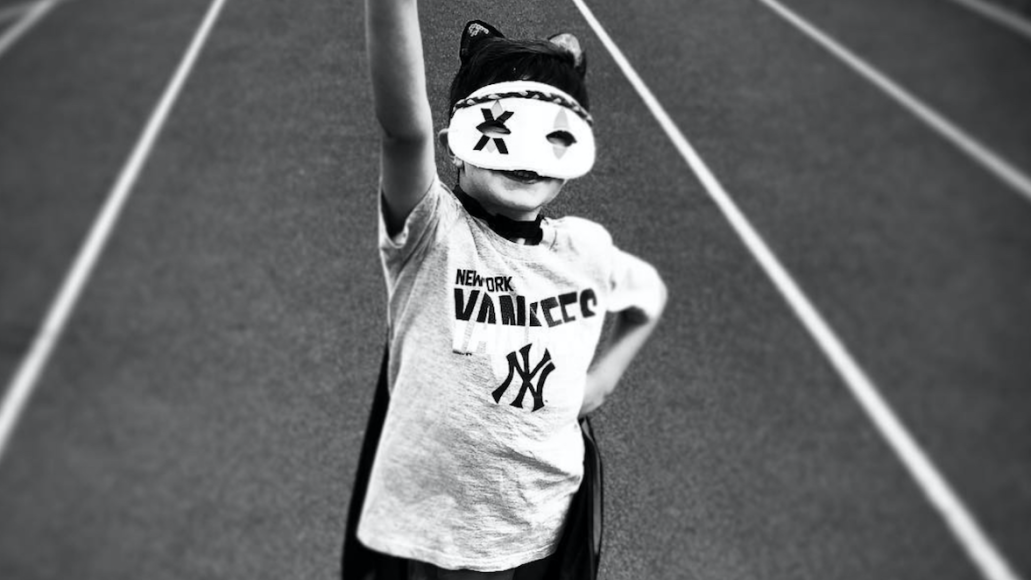 Originally the song was untitled, it was fun to play and I liked it but I couldn’t find a good name for it. So I asked Miles what he would name it. At that time he had come up with a superhero character he named ‘Super Wolf” so he said you should name it that. A few days later he came into my basement studio and I had songs scribbled out all over this giant whiteboard and he asked, “Hey dad, what’s a Sewerwolf?” The name was so filthy and enigmatic that I knew it was fate naming the song.

Vocally, my direction for this song was “What would Glen and Phil do?” I was definitely doing my best to channel them especially in those choruses.

The bridge to “Sewerwolf” always felt very Shudder to Think to me. Rhythmically hypnotic and spidery. I remember Geoff Rickly was the first person to play me Shudder to Think, he had a copy of Pony Express Record in his car and we listened to it all the way up to upstate NY while recording the first Mychem record. Something about “Hit Liquor” really stuck with me, whenever I hear it I think about that drive.