“It’s perfect,” Joe Strummer insisted about The Clash’s fourth album, the sprawling, 36-song triple album set, Sandinista!, over beers in an East Village bar back in the early 1990s.

While Strummer’s tongue was firmly in cheek, he wasn’t backing down on his claim. He loved his former band, and Sandinista! loomed large in the legend about everything they stood for – the good and the bad, planting feet firmly in the future while still honoring the past, not to mention both their collective creativity and rock star excess – and still stands today as a remarkable, if beguiling, achievement.

Featuring forays into everything from jazz and gospel to hip-hop and rockabilly, Sandinista! was the ultimate rock and roll indulgence by a band that had only just started to crack the big time after releasing the near-perfect double album London Calling, which still stands as both their greatest moment and their manifesto.

“Sandinista! represents an amazing moment in time for us,” Strummer recalled that afternoon. “In less than a month, we recorded all that music.”

For all the genre-hopping and experimentation across its six sides of vinyl, Sandinista!, which actually took about six months to record and was named in honor of Nicaragua’s freedom fighters, featured an astonishing amount of highlights. The Eddy Grant/Equals cover “Police on My Back” and “Somebody Got Murdered” were instant hits with the AOR rock crowd. “Bankrobber”, “The Call Up”, “Hitsville U.K.”, “Washington Bullets”, “Ivan Meets G.I. Joe”, and “The Sound of Sinners” picked up where London Calling left off. Meanwhile, “Junco Partner” and “One More Time” – bearing the heavy influence of co-producer Mikey Dread – whetted the appetite of many of the band’s fans who were only just discovering reggae in a serious way. 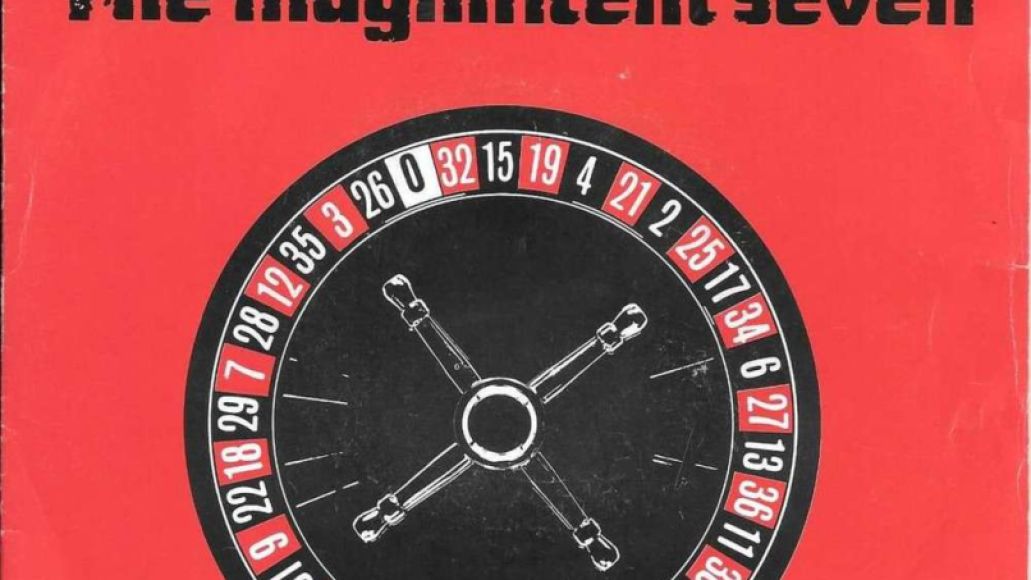 But perhaps more than any other song, it was the lead-off track, “The Magnificent Seven”, that epitomized everything Sandinista! was about and all it has come to stand for in the now 40 years since its release on December 12, 1980.

The first foray by a rock band into rap — predating Blondie’s “Rapture” by almost six months – it’s also one of the earliest examples of a hip-hop record with political and social commentary. Built around a loping bass line (played by Norman Watt-Roy of Ian Dury and the Blockheads), those lyrics picked apart the human cost of capitalism, as Strummer chronicled a day in the life of a minimum wage supermarket employee.

“That’s when I started to pay attention,” Public Enemy’s Chuck D told me last year of “The Magnificent Seven”.

Below, Strummer, his writing partner, the band’s guitarist Mick Jones, and bassist Paul Simonon, plus band consigliere Kosmo Vinyl, recall the inspiration behind Sandinista! and its most famous track.

PAUL SIMONON: We’re instinctively very busy people. So, there was no agenda. It was just natural. With The Clash, it was a 24-hour lifestyle. There was no time off. You lived and breathed it on and off the stage.

KOSMO VINYL: I always used to think there was too much time in between stuff! I was always saying, “Credence Clearwater Revival! Three LPs in 23 months. Come on man, we are dragging here!” It never struck me as strange being as busy as we were. There was always a feeling that more could be done, because we also had the influence of the Jamaican record industry. They would just put their records out. If you had a song, something current, you put it out, and bam, it would be on the street. I think we were kind of immersed in that idea of immediacy.

MICK JONES: What I really liked about the bands that influenced me was that you couldn’t wait for their next record to know where they were at. And it also offered you the chance to find out where you might be at, as well. 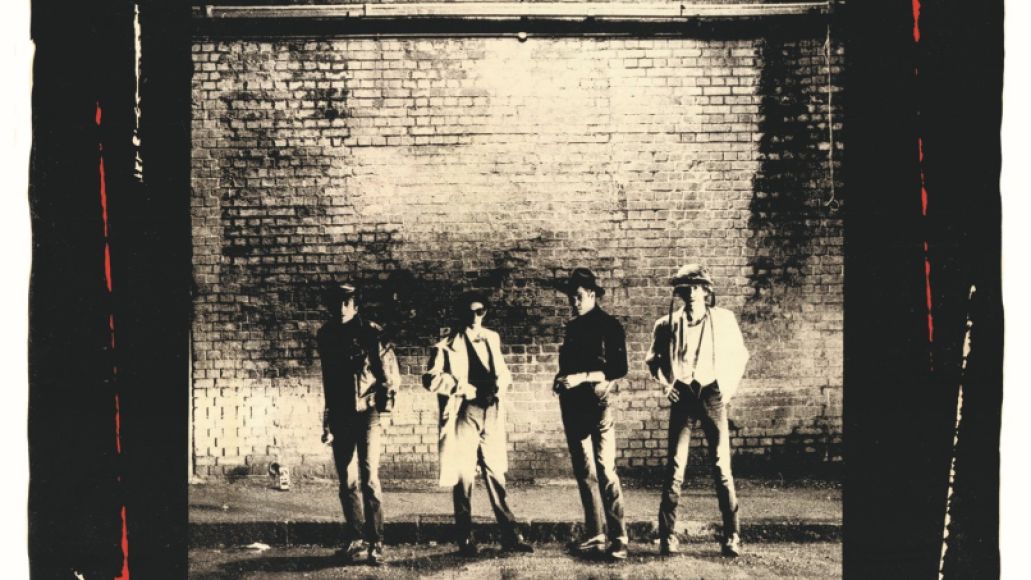 VINYL: Joking aside, there was a very serious side to it. There was an ambition and desire to get ahead. Everybody was on that page. As comical as it was, and as ramshackle as it might seem it was at certain moments, it was really a forward motion. Everyone did want to do what was being done. As best could be done at a time, we were in control of our own situation.

SIMONON: We’d wanted to release a new single every month. The first one we recorded was “Bankrobber”. The head of CBS said he thought it sounded like David Bowie played backwards, whatever that meant. But we didn’t care. We kept up the same pace, and that’s why there were so many tracks floating around at the time.

VINYL: I think what happened after London Calling is that it gave the band a certain freedom to do what it wanted. They decided they were going to make the record they wanted to make. They weren’t going to make a record for anyone else.

SIMONON: But stardom meant nothing to us. We were too busy getting on with what we were doing. I suppose if we’d gone on a holiday to the Caribbean, it would have been, “Oh, this is what stardom is.” But we were too busy for all that rubbish.

JONES: We really were just playing the music we liked.

VINYL: Regardless of any consequence that might come of it. There was kind of that sense of “Fuck it, this is what we’re going to play.” 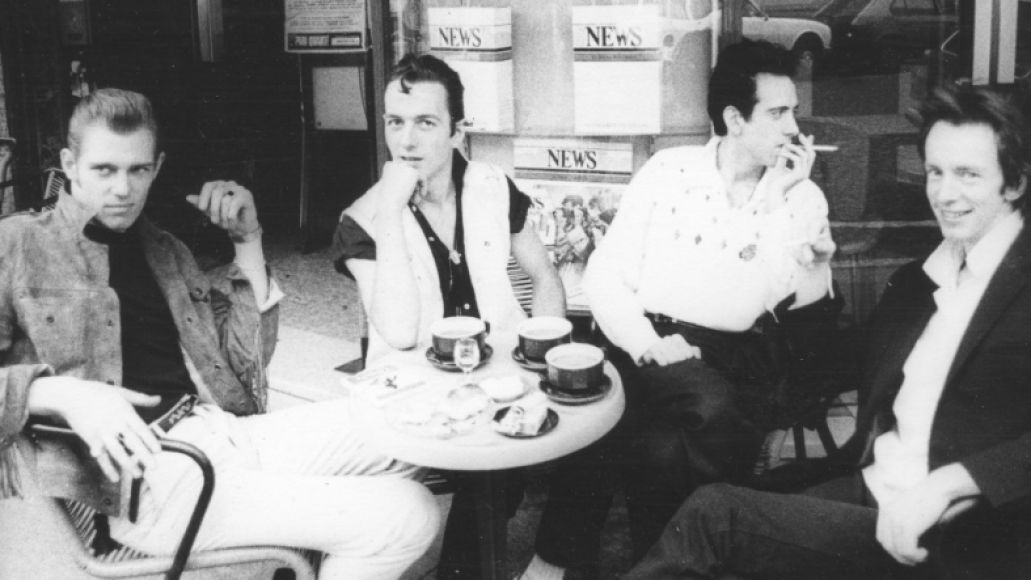 In the Spring of 1980, The Clash moved their London base of operations to the tatty Gramercy Park Hotel in New York City and set up shop in Electric Lady Studios in the heart of Greenwich Village.

JOE STRUMMER: I built a bunker in the corner of the live room, with our flight cases. I’d sit there and not bother anyone while they were working, smoking spliffs with whoever came by and writing lyrics for the tunes Mick was coming up with.

JONES: When we visited places, we were affected by that, and what was going on there, as well. When we traveled, our experiences broadened and we brought that music that was going on around us into what we were doing. And for me, New York City was really happening at that moment.

VINYL: St. Joe once said that we consumed music perpetually — that we listened nonstop. All the people involved brought all these various influences – the little flavors here, flavors there, different people bringing things in – literally nonstop. They’d make us turn off the boomboxes in the airport or wherever, but if they didn’t enforce it, I don’t think we ever stopped listening.

JONES: Besides, when you come off tour, that’s a really great time to make an album, because you have the momentum. We’d just come off the road, so it was like bang, bang, bang, we’re going to do this and that. It was like a burst. We never really thought about it.

“The Magnificent Seven” came from the burst of inspiration that New York City gave the band, coupled with the post-tour adrenaline rush they were experiencing.

STRUMMER: Paul was off in Canada making a movie, so we brought in Norman Watt-Roy and Mickey Gallagher so we could keep working. That’s when “Mag Seven” happened.

JONES: Because we’d come from a communal scene, we were used to building things from out of our community, and that’s what was happening in New York at that time. Joe looked at the graffiti artists, and I was taking in things like breakdancing and rap.

SIMONON: We found that in every town we went to, we’d get out and about and in conversation you’d say, “Well, what’s happening in this town?” They’d tell you, “It’s crap, there ain’t no clubs here.” Or, “This place is good, and you should check it out.” It’s getting communication. And by being informed in that way, you discover a lot more about the town. Our situation in New York, we were in town at that point, and that’s where we met people like Futura and Grandmaster Flash and Kurtis Blow and got informed. We were open for information.

JONES: We were going backwards to go forwards. You’re bringing everything from before with you, but you kind of make it your own, and then you’re in the present moment. I know this now because I can look back on it and understand it. But when we were doing it, we didn’t really think about it. We just did it instinctively and carried on.

With what the band thought was a hit single on their hands, they were hot to get it played on radio, to set the stage for the album that was soon to come.

JONES: We got them to WBLS and WBAI, which were just starting to play hip-hop at the time. The whole overall idea was that when they realized who these guys were, it would be too late.

VINYL: Somehow, that’s when the Frankie Crocker version called “Dirty Harry” started being played on WBLS. [NOTE: Crocker intercut audio clips from Clint Eastwood’s Dirty Harry films with the white label version of “The Magnificent Seven” that the band had sent his station, WBLS, and it became a hugely requested track.]

STRUMMER: “Mag Seven” was everywhere. You’d hear it on boomboxes and coming out of car radios and in cabs. These four white guys from London on BLS. It was fantastic.

VINYL: That was the idea: That we could just slip it in there. Maybe if they didn’t know who it was, they’d just play it. But I think it’s a very interesting moment that to a degree gets swept over. That was really one of the first presentations of hip-hop to a rock audience. I think we felt that the audience would be more accepting than it was. I think speaking to people afterwards, culturally, there was a much bigger anti-disco resentment in rock fandom in the US at that time. The whole “disco sucks” thing. And I think when a lot of these people were confronted with that, they were like, “Shit, what’s this? It’s fucking disco!”

JONES: There was some hostility, but many groups now see it as a good thing. 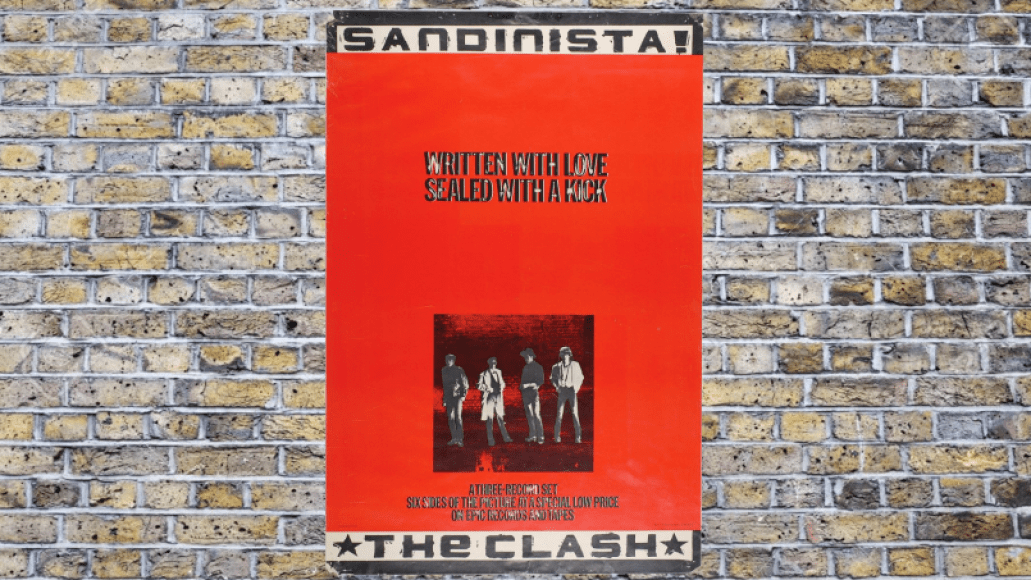 After fighting with their label for months – and giving up any royalties in order to keep the price of the 3-LP Sandinista! down to the cost of a single LP – the album was released. DJs were overwhelmed (and a single LP “best of” version was released for their benefit) while critics and fans were baffled.

STRUMMER: It was too much information. But that’s what I love about it. It’s that moment in time.

SIMONON: The idea anyway was that it would be a whole experience. Getting to know The Clash would mean more than just buying a record. Maybe it would influence your politics, your worldview, the way you dress, the way you think. It wasn’t just music like a jukebox.

JONES: Six sides is hard, isn’t it? You get into the time-space thing at that point, don’t you? You’re getting into the realms where time is bent by that time.

SIMONON: I’ve just about finished the second side.

An Oral History of The Clash's "The Magnificent Seven"