It’s a Cruel Winter: Dark clouds have descended upon the rolling hills of Encino, California. Miguel Diaz (Xolo Maridueña) remains in a coma following Season 2’s climactic battle at West Valley High. Robby Lawrence (Tanner Buchanan) is on the lam, tortured by his betrayal of Miyagi-Do’s code. And Samantha La Russo (Mary Mouser) is suffering PTSD after being sent to the hospital at the hands of Tory (Peyton List).

Meanwhile, Johnny Lawrence (William Zabka) is back in the bottle, stumbling into Reseda sports bars as quickly as he’s being tossed out of ’em. Daniel LaRusso (Ralph Macchio) is losing favor across town and his community, which spells trouble for the future of his dealership. And John Kreese (Martin Kove) is planning his next move at the titular Cobra Kai dojo, where he’s cruelly pushing his weakest students out the door.

To make matters more complicated, West Valley High has imposed a zero tolerance for fighting with the town council following suit, all of which leaves the future of the beloved All Valley Tournament in doubt. Naturally, this leads to even more fighting between the students of Cobra Kai and Miyagi-Do as they take their matters off campus. Rest assured, there will be blood, there will be broken bones, and there will be no mercy. 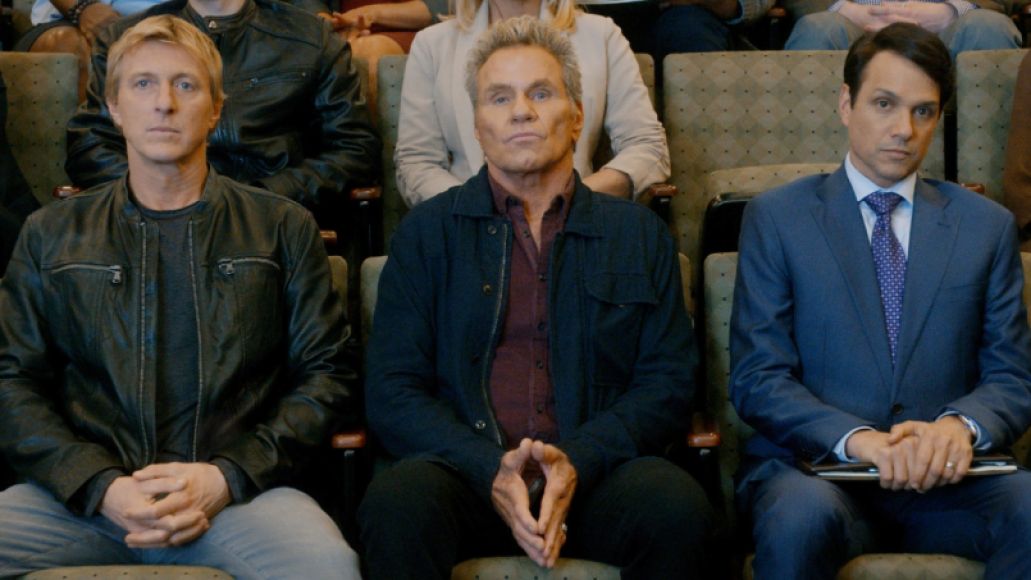 All Shelter: Love it or hate it, but Cobra Kai is no longer an underdog. Two years after it first premiered on YouTube Red, The Karate Kid spinoff series is now a pop culture phenomenon, thanks to the populist power of Netflix. In just a single weekend, creators Josh Heald, Jon Hurwitz, and Hayden Schlossberg saw their cult experiment become a crucial tentpole for the streaming giant, which changes the game considerably.

Gone are the days when the three kept Post-It notes for a six-season run in their drawers. Now, those notes are on the bulletin board being primed for production, and god only knows how many have been added to the mix. With Netflix involved, what once felt like a coda to a dusty franchise now feels like an opus with no end in sight. After all, Cobra Kai has long been a well-oiled machine, one that’s built to last and ready to go.

Needless to say, they’re ready to run. Three seasons in, creators Heald, Hurwitz, and Schlossberg preside over a scorching hot sandbox that’s as complex as it is cluttered. Characters keep emerging from the shadows, beats zig and zag at a rapid clip, and the action gets more and more ludicrous. But, clutter can be good for a series, particularly when it’s maintained, and the three showrunners happen to keep a clean dojo. 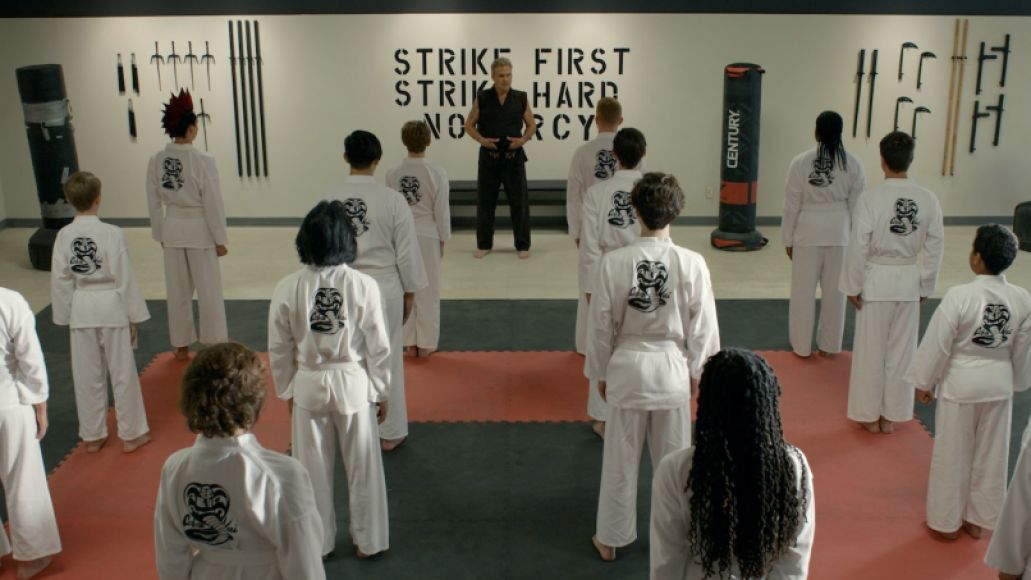 So clean, in fact, that they’ve since gone ahead and polished off the grime of the original franchise. What started with Johnny and Daniel in Season 1 — and continued with Kreese in Season 2 — carries on in Season 3 with Chozen of The Karate Kid Part II. Yet Heald, Hurwitz, and Schlossberg aren’t just mining the magic for nostalgia’s sake. No, they’re giving these bits of the past more nuance to serve as lessons for the future.

It’s a winning formula and there’s no short supply of said magic. Because as Season 3 suggests, everything is up for grabs in this franchise — even the minutiae you missed upon rewatch — and that’s exciting. For Christ’s sake, this is a world where we might actually learn something from a slime ball like Terry Silver (Thomas Ian Griffith of Part III) or see Hilary Swank finally get some comeuppance asThe Next Karate Kid.

Odds are we wouldn’t bat an eye. (Granted, the die-hards might point to the screen a la Rick Dalton, but that’s par for the course.) Heald, Hurwitz, and Schlossberg have proven insofar that these are the defining moments of Cobra Kai. It’s fan service done right, and that’s not only complementary to the series, but exemplary of an era where IP is all that seemingly matters. Take comfort in knowing someone’s at least doing it right. 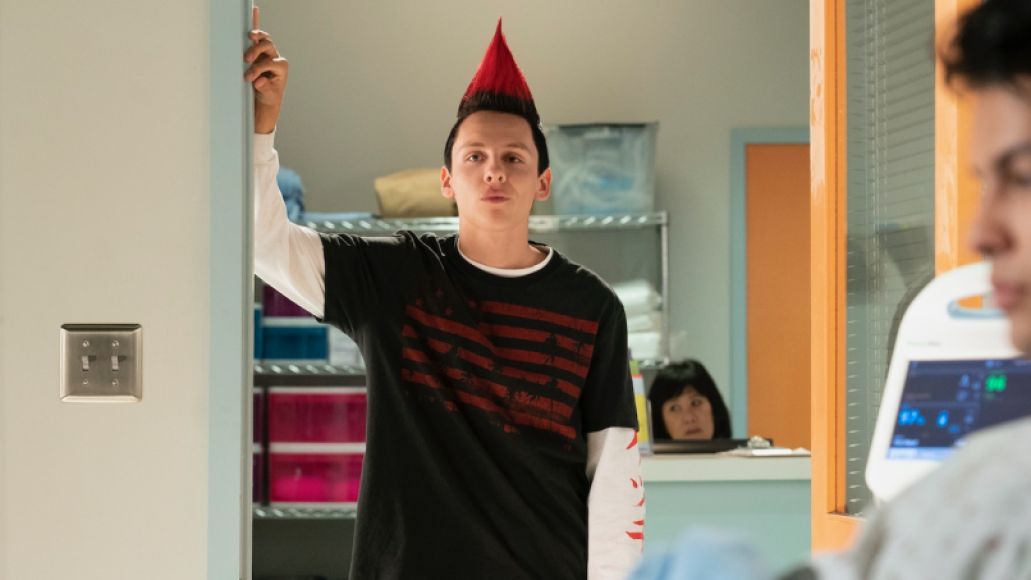 Friday Night Fights: If there are any wrinkles in need of smoothing out, it’s the teen drama. One of the more glaring grievances of this season is how the series appears to be resetting to ’80s tropes. If you recall, part of the charm of that first season was how Heald, Hurwitz, and Schlossberg embraced the grey area of life. Through Johnny’s arc, we saw things weren’t so black and white, and that extended to the new cast.

Season 3 seems to be forgetting that, namely because it’s only natural that characters swing one way to another in an ensuing series. Without spoiling too much, Kreese has opened the door — literally — for the predictable jocks to take control, leaving the fringe kids to be seen in a better light. Narratively, it all makes sense, but thematically, it makes for a far less compelling watch, if only because we know how this ends.

Where it all winds up is still admittedly exciting — the final five minutes of this season are downright incredible — but it’s clear that Cobra Kai is simply tearing pages from the Star Wars manual of light and dark. And if we’ve learned anything from two seasons of The Mandalorian, it’s that the murky underbelly is always more gripping than when the lightsabers turn on. Cobra Kai would be wise to stay somewhere in the middle. 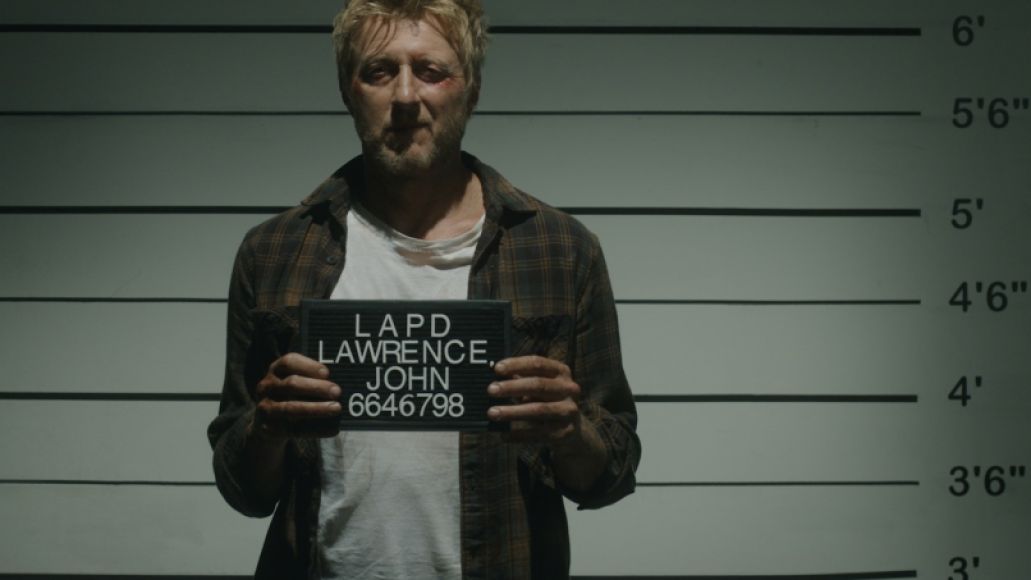 You’re (Still) the Best: Surprise, surprise, the winner taking it all is Zabka. Seeing how the show was built around the rehabilitation of his character, it’s perhaps not too surprising that Johnny ends up stealing the screen whenever he’s around. This season sees him back in the valley of woes, and watching him tussle through life warrants some Greatest Hits moments. Zabka just brings so much charm to the lovable loser.

Yet he’s also equally attractive as a winner. After all, what is The Karate Kid without a redemption arc? Eventually, Johnny drags himself out the proverbial bottle by reuniting with his longtime pal. No, not LaRusso — at least, not yet — but Miguel. Together, they lift each other up, and it’s clear now that the two share a chemistry akin to Macchio and the late Pat Morita. It’s one of this series’ strongest parallels to the original.

Having said that, those feeling like LaRusso has been sidelined over the last two seasons will find solace in Season 3. Daniel hasn’t been challenged emotionally like this since, oh, Part III. Between the hurdles involving his dealership and his own familial anxieties, Daniel has plenty to wax on and off about for 10 episodes. His greatest chapters, though, are in Okinawa, where you’ll certainly want to have some Kleenex handy. 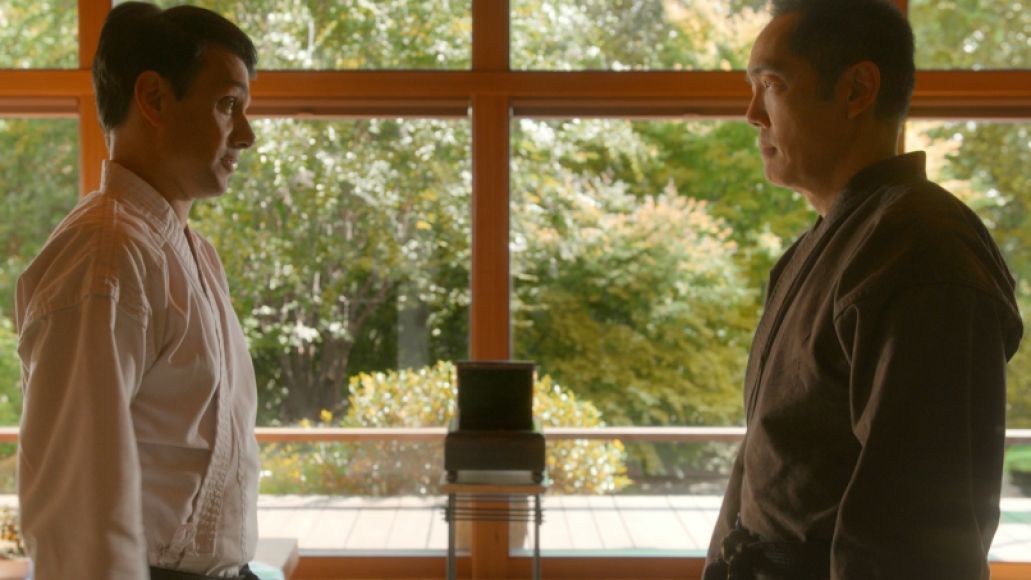 The Moment of Truth, Part III: Cobra Kai is three for three. It’s smart, it’s funny, and it’s delightfully heartwarming. Very little has changed in its expansion, and that’s a credit to Heald, Hurwitz, and Schlossberg. This is still some of the strongest sequelizing going down in Hollywood with characters that feel fresh, echoes that don’t come across like retreads, and legacy being celebrated without leaning too hard on cynicism.

Leaving Season 3, though, you get the sense that we’re approaching a final act of sorts. This season packs a punch and kicks exceedingly high: The fight sequences are elaborate, the revelations are paramount, and a few of the arcs are starting to chip away at the ceiling. Looking ahead, it’s hard to imagine this going on for much longer, and that’s certainly not the energy Netflix wants months after its acquisition.

But we’ve been here before. Hell, we were there in the first movie. C’mon, did we ever think there was more to a story beyond Miyagi nodding his head? No. And yet, here we are: two sequels, a spinoff movie, and three seasons of television later. It’s a staggering accomplishment that continues to crane kick our expectations. What’s been keeping it all together — and this is important — is balance.

That was Miyagi’s greatest lesson. As he told Daniel way, way back in 1984, “Balance is key. Balance good, karate good. Everything good. Balance bad, better pack up, go home. Understand?” That’s a lesson Cobra Kai has yet to forget, and as long as Heald, Hurwitz, and Schlossberg stay true to those words, the best Karate remains inside of them and there’s no reason for any of us to leave the mat.

Besides, this thing has to last long enough to give us Silver.

Cobra Kai Season 3 Brings The Karate Kid Sequels Back into the Dojo: Review