On Saturday night, Liam Gallagher will present a special concert livestream called “Down by the River Thames”. Set to take place atop a barge floating on the River Thames outside of London, the outdoor event will see the British rocker and his band roll out solo cuts as well as a number of Oasis classics, “some of which you haven’t heard me sing for a long, long time,” he promises.

As a preview of this unique setup, Gallagher performed his new holiday single “All You’re Dreaming Of” from atop the barge for The Tonight Show Starring Jimmy Fallon on Friday night. Oasis have no doubt played in various venues and arenas all over the world, but I doubt Gallagher ever saw himself rocking out on such a contraption, socially distanced, and amidst a pandemic. All weird circumstances aside, there’s always been something quite romantic about taking in a city skyline and surrounding waters right as the sun goes down.

“Considering the year that we’ve all had, I hope this brings back some much needed love and hope,” Gallagher previously said of the track. The alt-rock frontman was, indeed, able to provide his fans with a little bit of escape, even for just a moment. Watch the performance down below.

Oasis’ (What’s the Story) Morning Glory? Speaks to the Downtrodden and Offers Hope

“Down by the River Thames” goes down later today (December 5th), and ticket information can be found here. A trailer can be viewed after the jump.

For more of Gallagher, he recently played Oasis original “Hello” live for the first time in 18 years for the BBC; the song is taken from the band’s seminal sophomore album, (What’s the Story) Morning Glory?, which is celebrating its 25th anniversary. Another one of its tracks, “Wonderwall”, just became the first-ever ’90s song to hit one billion streams. 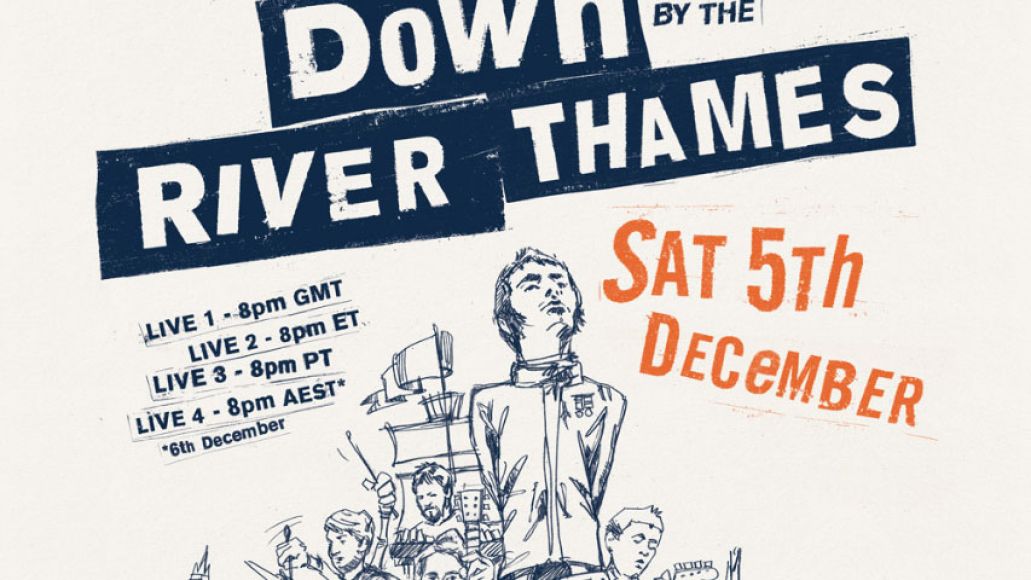 Liam Gallagher Performs "All You're Dreaming Of" from Atop a Floating Barge on Fallon: Watch