The Lowdown: If you find a political message in the music of Sweden’s Viagra Boys, it wasn’t necessarily put there on purpose. At least, that’s the party line from singer and lyricist Sebastian Murphy, whose deadpan baritone and satirical send-up of hyper-macho posturing made the post-punk band’s debut, Street Worms, essential listening in 2018. In a 2019 interview with Australia’s Happy Mag, Murphy laid out his thoughts in full: “In a way, making music in itself is a political statement,” the singer said. “If the right-wing had their way, we wouldn’t be making music at all. They hate all this stuff, and they hate this kind of culture. We’re being political just by being ourselves – and in my opinion, that’s enough. You don’t need to dive any deeper than that.”

Of course, plenty of people dived deeper anyway. Those potshots at the patriarchy, coupled with a well-earned reputation as one of Europe’s rowdiest live acts, earned Viagra Boys early comparisons to acts like polarizing UK band IDLES. With the release of their sophomore album, Welfare Jazz, those comparisons will likely both deepen and diverge. The record finds the Stockholm six-piece churning out another set of scuzzy, bass-forward salvos while simultaneously expanding their sonic palette to include nods to the jazz and country-western sides of the band’s omnivorous musical tastes.

The Good: As one of the only major releases on the schedule during the music world’s traditional January downtime, Welfare Jazz is in a unique position to set an early tone for 2021. Good news for anyone who had “pounding pints” and “making fun of bros” on their list of resolutions: Viagra Boys’ second record spends its most memorable moments razing around like a booze-powered funnel cloud. Much of this newfound tornadic activity corresponds with the work of saxophonist Oskar Carls, who uses his expanded role on the record to wreak no-wave havoc across Welfare Jazz. Taking his cues from the catalog of James Chance and the Contortions, Carls’ sax improves and energizes every song it touches, whether it’s adding a smear of smoke to the pulsing synth chimes of “Creatures”, conjuring a conflagration on “Girls and Boys”, or amplifying the scuzziness of the loutish boyfriend at the heart of “Ain’t Nice”.

Viagra Boys Cover John Prine’s “In Spite of Ourselves” with Amy Taylor: Stream

Speaking of shitty dudes: those two latter tracks also feature Murphy assessing more of the damage wrought by toxic male behavior with a nuance usually missing from this kind of music. “You ain’t that nice, but you got a nice face/ Hope I can fit all my shit at your place,” he bellows on “Ain’t Nice”, capturing the impotence of the world’s negging MRAs better in two lines than most bands might in two albums. That song works best as a character sketch, as does the boggy mea culpa “Into the Sun”, which finds Murphy croaking out self-serving apologies like a toad baking to death on a sunny swamp rock. Elsewhere, Murphy’s words feel personal. “In the Country” features more unguarded longing than you’d expect from the guy who wrote “Sports” while the frantic “Girls and Boys” dissolves in a paranoid inner monologue where constricting circles of burnout, commitment phobia, and substance abuse only get tighter. Is this Murphy himself or another imagined meathead? It doesn’t matter, really. It sounds good either way.

The Bad: While Viagra Boys’ foray into the world of no-wave jazz opens up foundation-shifting possibilities on Welfare Jazz, the record’s other experiments yield far less game-changing results. Murphy’s preference for in-booth improvisation is well known, but that kind of free association should also come with a strong enough ear for editing to keep half-cracked throwaways like “This Old Dog” and “Best in Show II” consigned to some future rarities comp. Ditto the instrumental “6 Shooter”, whose pursuant guitars and graphing-calculator synths can’t manage to shift the song any higher than second gear.

Then, there are the country songs. While Murphy’s smirking, deep-voiced swagger is well-suited for the faux outlaw landscape envisioned on “Toad”, he loads the rest of the song with enough honky-tonkin’ clichés to eclipse an otherwise interesting look at the petulance of masculine freedom. Album closer and John Prine cover “In Spite of Ourselves” is even more of a puzzler; abetted by Amy Taylor of Amyl and the Sniffers, Murphy turns in a downcast, slow-motion take that replaces the original’s tenderness with a sense of creeping dread. It’s an interesting enough idea, but one that doesn’t even make a dent in the source material.

The Verdict: There will be no sophomore slump for Viagra Boys. At its best, Welfare Jazz represents an evolutionary step from Street Worms that’s tighter, tougher, and more riotous than what came before. That same evolution even lifts the record’s missteps. There are failures, but at least they’re interesting failures. Mostly, spinning Welfare Jazz will make you look to the other side of our cold, quarantined winter; this is a record destined to gain serious steam once touring resumes. For now, venue owners should probably spend the rest of the lockdown buying whatever insurance covers “my club got dismantled by a bunch of Swedish miscreants.”

Pick up a copy of Welfare Jazz here… 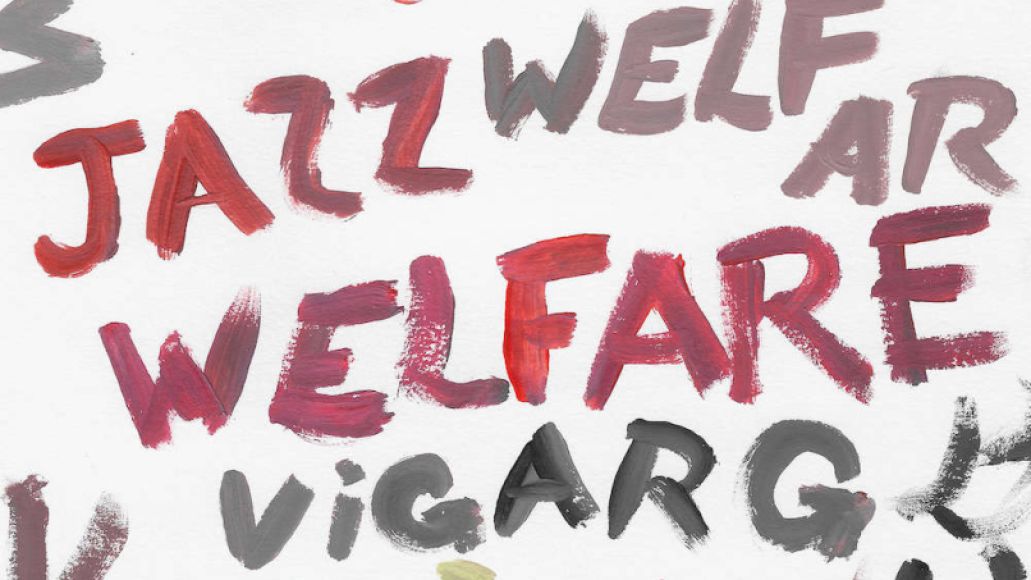