With our new music feature Origins, we provide musicians a platform to dig into the influences behind their newest track. Today, Art d’Ecco explains why he worships the “TV God”.

Glam rock is the entertainment aspect of music in its purest. Flashy guitars and effected vocals delivered by unapologetic personalities, it’s a genre that’s designed for the the idolization of an adoring public. That also makes it a perfect vehicle to explore the very nature of mass amusement itself, as Canadian artist Art d’Ecco does on his new album, In Standard Definition.

d’Ecco’s sophomore full-length plays out like the pictures between the static of idle channel surfing. Each track on In Standard Definition plays like an episode into celebrity culture. While the modern form of such worship is built on portable screens we call “phones,” the album itself was built on analogue tape, a reversed mirror using the golden age of entertainment to reflect upon our modern obsessions.

New single “TV God” takes us back to a bygone era of televised entertainment, when you actually had to sit in front of a real television set and tune into your favorite actor’s latest episode. d’Ecco sings of what it means to be consumers of this sort of beamed-in pleasure, and how we can end up putting far too much stock in the people we see on those screens. “I’m right, you’re wrong/ Pick up the pieces and move on/ To find a light/ Illuminated to survive,” he sings as dramatic piano is punctuated with quick-hitting percussion and a bass line that thumps like it has a secret.

Check out the “TV God” video below, followed by Art d’Ecco’s breakdown of the song’s Origins.

In Standard Definition is due out later this year via Paper Bag Records.

“TV God” is about our obsession with celebrity and entertainers. We feel so close to these complete strangers — they make us feel good as they distract us from the doldrums of our daily lives. I was beginning to toy around with this as lyrical theme for a song, and it finally came into fruition when I heard “Broken Finger Blues”. I just had to build this concept around a piano riff. 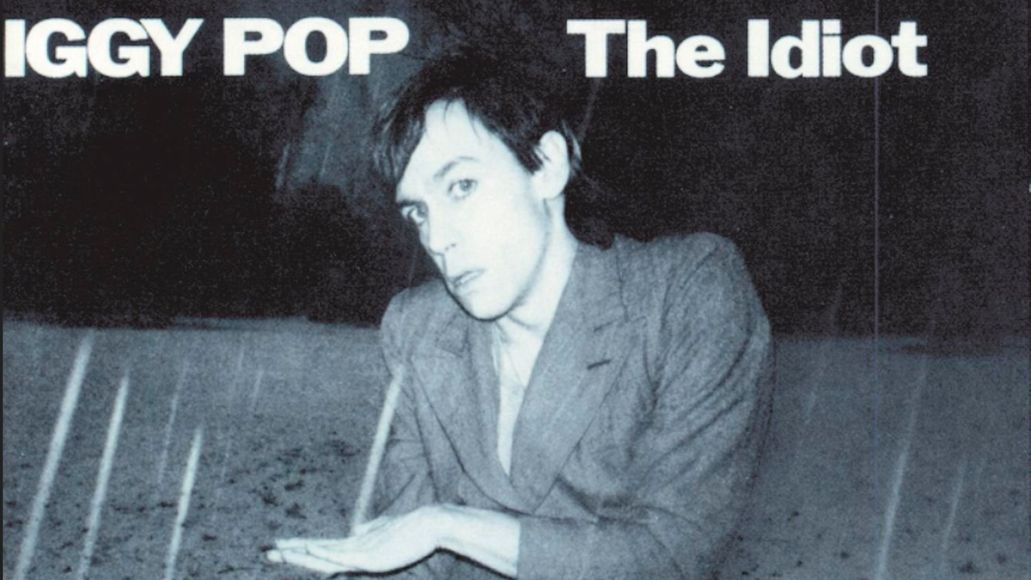 The thought of Bowie and Iggy running around Berlin in the mid to late ’70s, writing and recording several albums between them — albums that would become so influential for so many future generations — is just incredible. There’s this confident-yet-subtle swagger to the backbeat of “Sister Midnight” and “Nightclubbing” that inspire images of a cold Neukölln evening street, or the darkened corners of Dschungel bar. 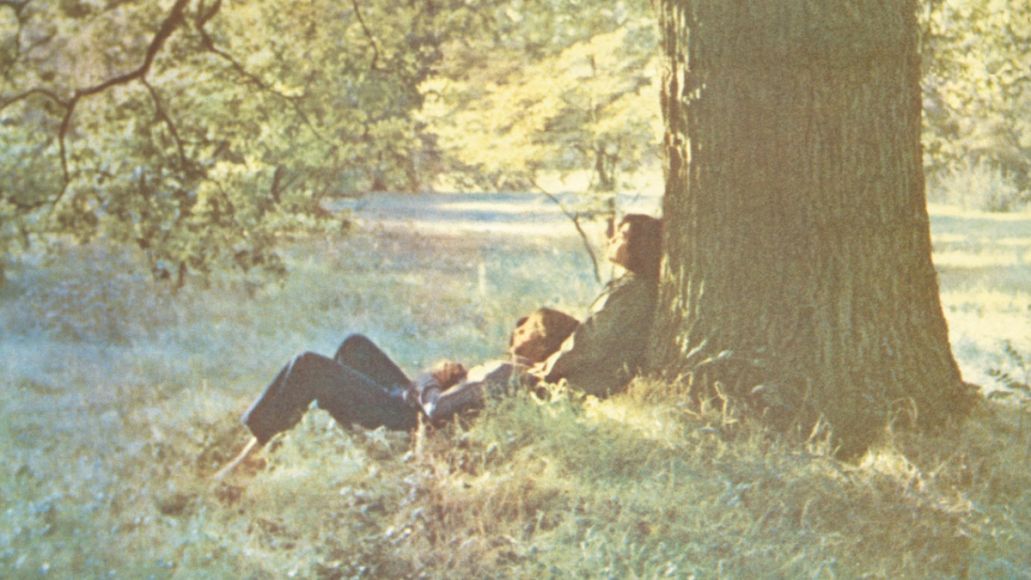 Ok, I’m going to voice a very unpopular opinion of mine: I prefer the Beatles broken up. I’m sorry! I just relate to the solo output of John, Paul, and George post-Beatles. Maybe it’s the maturity in their writing? Or that warm ’70s production? The slap echo that is heard on Lennon’s vocals throughout this era (which McCartney famously nicked for “Let Me Roll It”) became an obsession of mine. For “TV God”, I used my Maestro Echoplex (which is featured in the music video) to achieve this effect. It’s what Lennon would refer to as “smothering it with ketchup.” 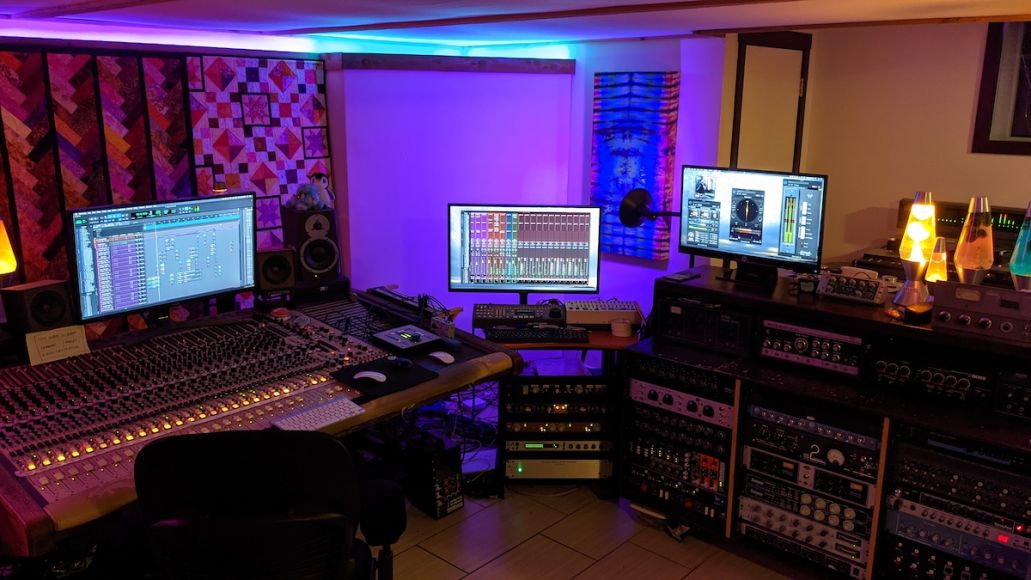 My co-producer on the album was Colin Stewart (New Pornographers, Destroyer, Black Mountain), who owns and operates a sweet spot on Vancouver Island called The Hive. He’s got this old MCI JH-500 mixing console that’s not known for being anything particularly special, but I was inspired to push it to the absolute limits. One such example is the guitar solo on “TV God” — no amps, just my guitar plugged straight into several preamps and then the console — transformers overloading and saturated all to hell. What a lustral experience! 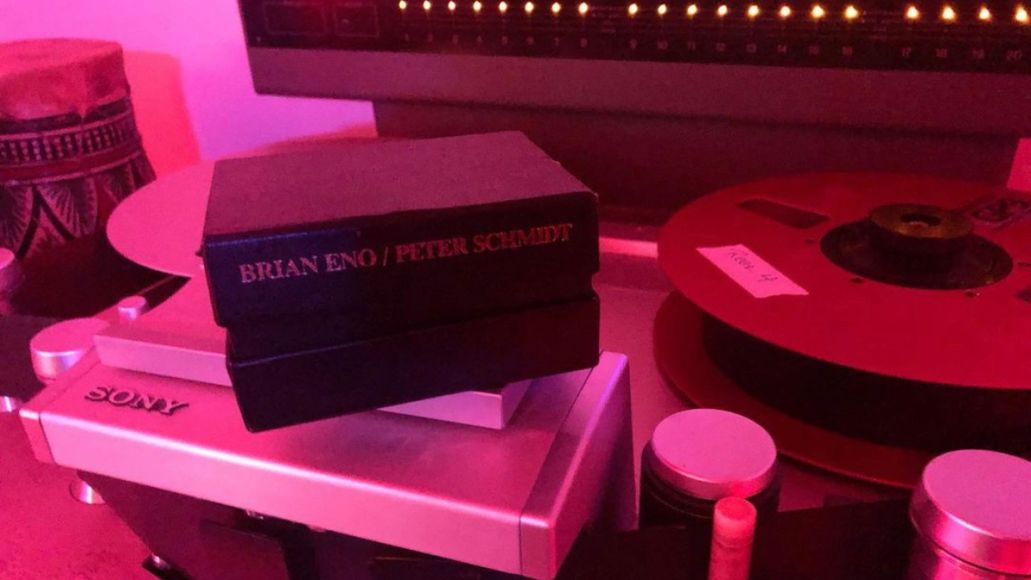 I’d always heard about the mysterious Oblique Strategies utilized by many artists and songwriters over the years for inducing creativity (Brian Eno’s Here Come the Warm Jets is a top 5 album for me) but I had yet to get my hands on a deck. I found a box laying around The Hive, so I immediately proclaimed to Colin: “Every day henceforth, we shall draw one and place it on the mixing console as a daily mantra, to guide us in this operation!” Did it inspire? Sure. Did it make a huge difference on the recording? Hard to say, really. Does it make for great post production fodder in articles for Consquence of Sound? Absolutely.