Consequence Podcast Network and Sony’s The Opus is back for Season 12, which examines the enduring legacy of Janis Joplin’s posthumous final album, Pearl. Also, after you read this article, scroll below to enter our exclusive Janis Joplin giveaway or score some original Opus swag.

Pearl never stood a chance at being just an album. That was assured when Janis Joplin was found dead in her hotel room of an accidental heroin overdose during the sessions that would lead to her second and final solo record. At that point, Pearl, which came out a little over three months later, could never simply be the latest measure of the brilliant blues singer as a recording artist. It became part of the myth of Janis Joplin — an idea that’s only grown bolder and more complex over the decades. To many fans, Pearl became her final words and a de facto farewell. To others, an incomplete hint at what could have been had she gone on. And for others still, Exhibit A, a clue of sorts to what had gone wrong for this young, white girl from Texas who had never fit in, sang like the old-time blues singers, and dazzled the world in a bright swirl of feathers before being tragically hushed.

In filmmaker Amy Berg’s award-winning 2015 documentary Janis: Little Girl Blue, it’s echoed that teasing out Joplin the person from the myth has always been a challenge. Part of that is our own fault. As music fans, we tend to romanticize blazing meteors like Joplin, who, as Neil Young would later put it, burn out rather than fade away. They flash so brilliant and blindingly across the sky that we never suspect they might come crashing down at any moment. Some of that blur is of Joplin’s own making. Big Brother and the Holding Company drummer and bandmate Dave Getz has explained that by the time Joplin went solo, she had intentionally disappeared, at least publicly, deeper into the stage character that had captured the imagination of anyone who had seen her perform. It’s the character we see portrayed on the front sleeve of Pearl: all bright, flowing garments, dangling bracelets, and plumage draped over a Victorian loveseat. It’s a persona so bold and magnetizing that it becomes easy to forget the possibility that Joplin understood the blues and expressed hurt so very well because her life, up to that time, had been full of crushing pain.

It becomes all the more desirable, then, to push beyond the myth and take Pearl as the stunning gem it is and not merely the final act of a mysterious, mythical figure because, by all accounts, Joplin may have been on the verge of finally moving past some of the pain that had always plagued her as someone yearning for acceptance. Though she suffered from the loneliness of being a rock star and had begun self-medicating with alcohol, several people close to her indicate that she had finally kicked her lingering heroin addiction. She had found some of the first camaraderie and community since her Big Brother days in San Francisco while touring Canada that summer aboard the Festival Express. She finally had the band she needed to be her wild, unpredictable self onstage — the Full Tilt Boogie Band — and Joplin herself had spoken openly about how much Pearl producer Paul Rothchild, who had long taken an interest in the singer and expressed a desire in seeing her make records for decades to come, had taught her in the studio. It’s all the more a shame, then, that Joplin never completed those sessions. As an artist, she was that titular pearl: raw, natural, and finally getting the polish her talents deserved. And that’s how Pearl deserves to be considered and remembered.

Joplin shot to stardom as an explosive performer, so it wasn’t necessarily ill-advised that her prior solo outing — I Got Dem Ol’ Kozmic Blues Again Mama! with her Kozmic Blues Band and producer Gabriel Mekler — had sought to capture that kinetic chaos in the studio. However, in addition to an unexpected shift from psychedelic rock to a stronger focus on soul and R&B, Joplin’s voice spends the bulk of that record at odds with her band and their arrangements. In his Nov. 1969 review for Rolling Stone, critic John Burks famously lambasted the backing band, suggesting: “It’s simply a matter of reaching the point where you can shut out the band — entirely — and listen to this woman sing.” Burks is overly harsh, but he isn’t wrong that Kozmic Blues, at times, spins like a sabotage attempt on its star attraction.

Luckily, Rothchild, already a seasoned vet who had produced The Doors among many others, knew that the excitement of Joplin’s live performance could be tapped into without settling for lower-quality recordings. From the get-go on Pearl, gone is the stripped-down, stiff production that had previously left Joplin belting atop a band that sounded either out of step with her or in another zip code entirely, and jettisoned altogether are the claustrophobic horns that would crowd her voice for attention. As that tag-along guitar line kicks in over the urgent beat of opener “Move Over”, it’s clear that every piano affirmation or tambourine shake exists purely as a platform to showcase Joplin’s original tale about being fed up over a man playing games with her heart. Finally, she had not just center stage in the studio but a spotlight.

But Pearl captures far more than Joplin finally receiving suitable production to show off her talents. Rothchild saw so much more in her than just that Otis Redding intensity and a golden throat and powerful set of lungs that, like so many primitive forces of nature, might one day sputter out. As a result, the Texas girl who grew up imitating Bessie Smith and so often, when finding herself trapped in a vocal corner onstage, could just scream and shout her way out instead learned how to put together all the components of her voice without sacrificing the ability to relate her pain and longing to listeners. And when done just right, that desire lands like a gut-punch every time. Nobody could sing the lines “Don’t you know, honey/ Ain’t nobody ever gonna love you/ The way I try to do?/ Who’ll take all your pain” in “Cry Baby” like Joplin: drawing out and cooing each syllable of one line before rattling off the next as if down on her knees. And that’s all before belting that titular chorus as only she could. It’s pained and sexy and yearning as she offers to be a man’s port in a storm when he could, if he wanted, make her his home. The similarly themed “A Woman Left Lonely” finds Joplin, rather than going from zero to 60 and back again as she might normally, building from a hushed admission to a desperate wail by song’s end, a heartrending exercise in restraint and the power of rising tension.

Pearl also finds Joplin more confident and willing to put her voice out there as vulnerably as possible. On the a capella “Mercedes Benz”, a comical commentary on the folly of consumerism and the last song Joplin ever recorded, she lets her voice hang out there ragged and bare as can be. While some might call it a novelty or even a bit of hippie relief on an album full of blues songs about wronged and longing women, for Joplin, the tomgirl bullied all her adolescence for her looks and voice, it feels like a courageous act to put herself out there like that with no place to hide. More notably, we hear Joplin trust her voice as she strums and sings Kris Kristofferson’s “Me and Bobby McGee”, a relatable road story about the high costs of living the life we choose, proving, yet again, that she was so much more as a singer than just a belter or the theatrical performer that floored audiences onstage. It’s all the richer, then, as she begins to pepper in Joplin-isms: blending the words “McGee” and “yeah,” straining her voice at just the right moments, and finally testifying with full punctuation as the song hits its rallying final stretch. The song would climb to No. 1 and become Joplin’s most indelible hit. Fitting in that her performance of it might play just as well back home in Port Arthur, Texas, as it did in a hipper scene like Haight-Ashbury, San Francisco. It’s a level of acceptance she never got to experience.

“Buried Alive in the Blues” sits smack-dab at the end of Pearl’s side one, a painful reminder that the album, like Joplin, remained unfinished. Rothchild offered the song’s composer, Nick Gravenites, a chance to sing the vocals, but he declined. So, there it sits, an absolute boogie that we’re left to wonder what-if about. Likewise, we don’t know exactly what would’ve become of Joplin had she lived beyond the Pearl sessions, but we do know what she saw herself heading towards. “Billie Holiday, Aretha Franklin … they are so subtle. They can milk you with two notes. They could go no farther than A to B, and they could make you feel like they told you the whole universe … But I don’t know that yet. All I got now is strength. But maybe if I keep singing, maybe I’ll get it.” It’s difficult to say whether or not she quite got there by Pearl. What we do know, however, is that Joplin has been to dozens of singers — including Stevie Nicks and Florence Welch — what Billie Holiday and Aretha Franklin were to her: a guiding light — or, in this case, a glowing pearl.

Essential Tracks: “Me and Bobby McGee”, “Cry Baby”, and “Move Over” 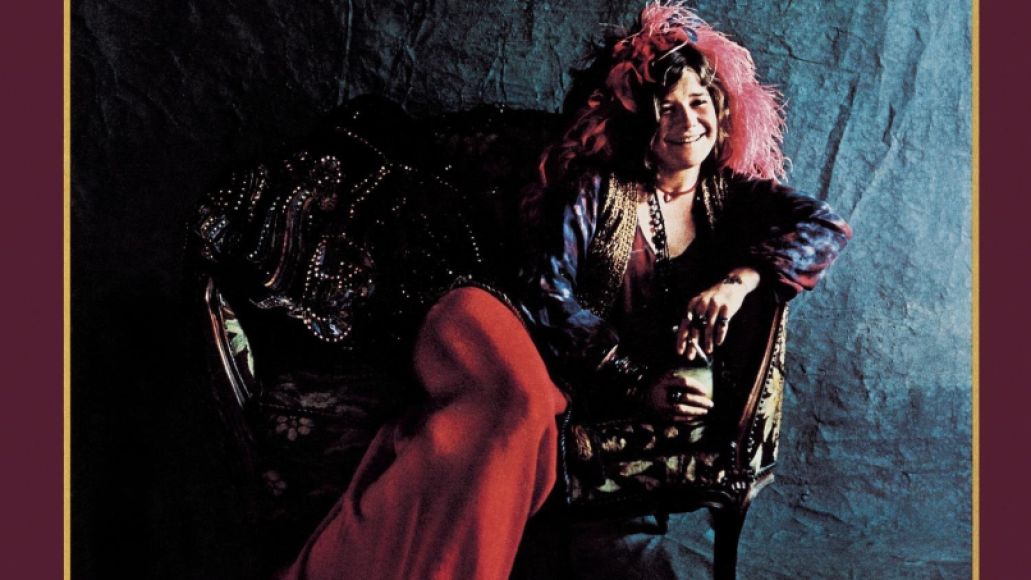 The premiere episode of The Opus: Pearl debuts on Thursday, January 28th. Make sure you subscribe now to keep up on all the new episodes. Also grab yourself an official Opus hoodie or T-Shirt. In addition, we’re celebrating the new season by giving away one (1) Hummingbird guitar, a Janis Joplin Festival Express 1970 sweatshirt, and a copy of Pearl on vinyl. To enter, simply fill out the widget below. (Note: If you’re having trouble seeing the widget, enter here.)