In the latest edition of our new music feature Origins, Cobra Kai composers Zach Robinson and Leo Birenberg reveal the secrets behind “Duel of the Snakes — Mega Edit” from the Season 3 soundtrack.

To kick off the new year better than the last (which, really, how hard could that be?), Netflix has unleashed Cobra Kai Season 3 a week earlier than originally announced. With the new season dropping on the streaming service today, Sony’s Madison Gate Records has also announced the accompanying soundtrack.

Due out digitally on January 8th, the 37-track OST features over 88 minutes of music from composers Zach Robinson and Leo Birenberg. “In Cobra Kai, we’ve created a palette unique to this show that mixes 80s hair metal and synthwave with symphonic orchestra, but within that palette, the score has always been highly thematic,” the duo tells Consequence of Sound. “Cobra Kai’s third season is bigger than ever, with the story expanding from the shores of Okinawa to the jungles of Vietnam, to exploring the origins and mythology behind both the Cobra Kai and Miyagi-Do dojos.”

As such, you can bet Robinson and Birenberg have come up with some badass new music to match the new season’s expanded scope. Today, they’re sharing one of those tracks, the epic 10-minute “Duel of the Snakes — Mega Edit”. According to the composers, the song “scores the climactic fight of climactic fights in the Season 3 finale.” They describe the battle as “the type of good vs. evil climx that is worthy of our most cinematic urges,” and this massive song certainly reflects that.

Take a listen to “Duel of the Snakes — Mega Edit” below, followed by Robinson and Birenberg’s in depth explanation of the song’s Origins, beat by beat down. (Some spoiler warnings if you haven’t finished Season 3.) You can also pre-order the Cobra Kai Season 3 soundtrack now. 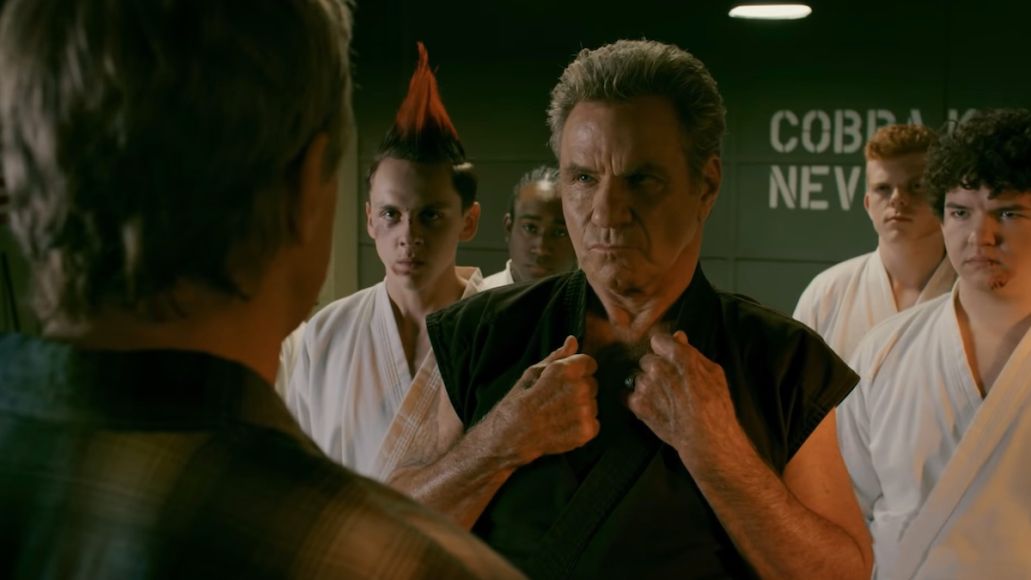 A major part of this season’s story is exploring the origin of John Kreese, how an all-American do-gooder is transformed by the horrors he experienced in the Vietnam jungles to become karate’s ultimate supervillain. The first few minutes of the “Mega-Edit” track take us to the Vietnam jungle, where a captured Kreese and his commanding officer are ordered to fight to the death over a pit of hissing, spitting, killer cobras (yes, it’s as ludicrously awesome as it sounds).

At 0:39, we hear what we call the “Awake the Snake” theme on solo horn (check out the track of the same name on the Season 1 album). One of our most important pieces of thematic development in the third season was turning this melody — one of the earliest ideas we wrote for the show — into a powerful dramatic engine for Kreese’s transformation.

At 1:14, this transforms into a rhythm in the low strings that is often associated with Kreese’s most abusive manipulations (claiming the dojo from Johnny at the end of Season 2 is a great example — take a listen to the Season 2 album track “It Belongs to Me”). Here, young Kreese is on the receiving end of a devastating secret revealed by his captain, which shatters his sense of authority and duty and sets him down the path that will become Cobra Kai.

1:39 is some new material that is a lot of fun. Low muted brass and woodwinds play a death march, with a relentless snare rhythm turning up the anxiety as we get closer and closer to the reveal of the cobra pit. Like Johnny Lawrence, we love classic ’80s war movies with insane stakes like Iron Eagle or Rambo: First Blood. This bit of score is a nod to some of Jerry Goldsmith’s colorful writing, who was such a master at that genre.

Dojo of the Sith 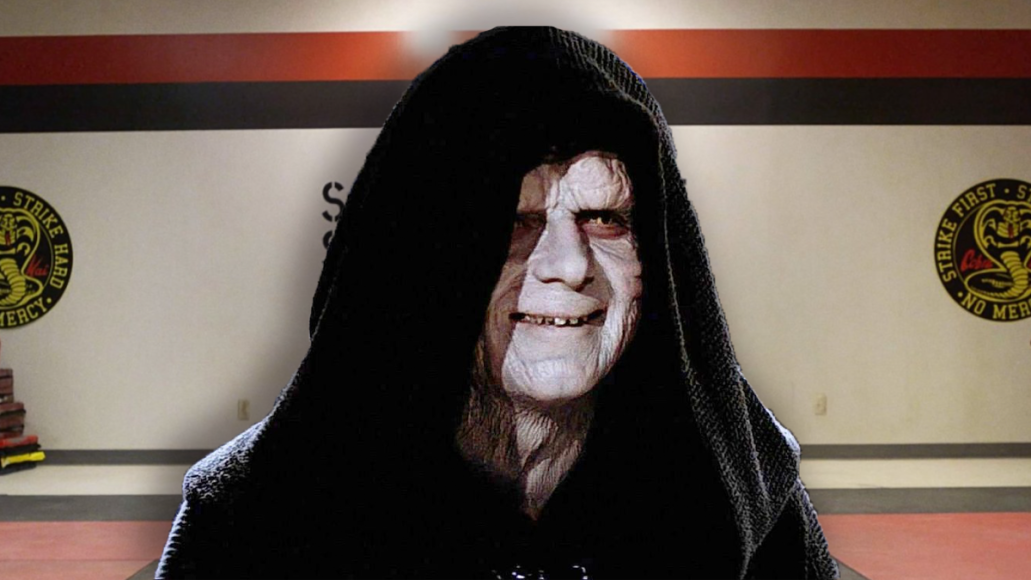 There is Star Wars level dramaturgy at work at 2:41 as Johnny discovers Kreese training Robby (Johnny’s son!) in secret in the back room of the Cobra Kai dojo. Kreese has gone full Palpatine, waging a full-throated generational war of manipulation to usher in his vision of karate supremacy for the San Fernando valley. It spans heart-breaking and diabolical all in a few moments before landing into a seductive hiss as Kreese tempts Johnny to join him.

The stakes are operatic — it reminds us of the most climactic moments in Star Wars — so we had to really lean into that with orchestral writing that is spiraling, searching, and grasping at Johnny’s emotions like Kreese’s tentacles.

One thing about Cobra Kai’s hybrid palette of ’80s synthwave and hair metal mixed with orchestra is that we get to move our themes between instrumentation in some really fun ways. The moment when Johnny kicks in the door to the dojo’s back room at 2:33 is one of these: We hear a hint of the “Ace Degenerate” theme from our very first introduction to present-day Johnny in the series’ pilot, but this time gloriously on french horns. Gets us jacked every time! 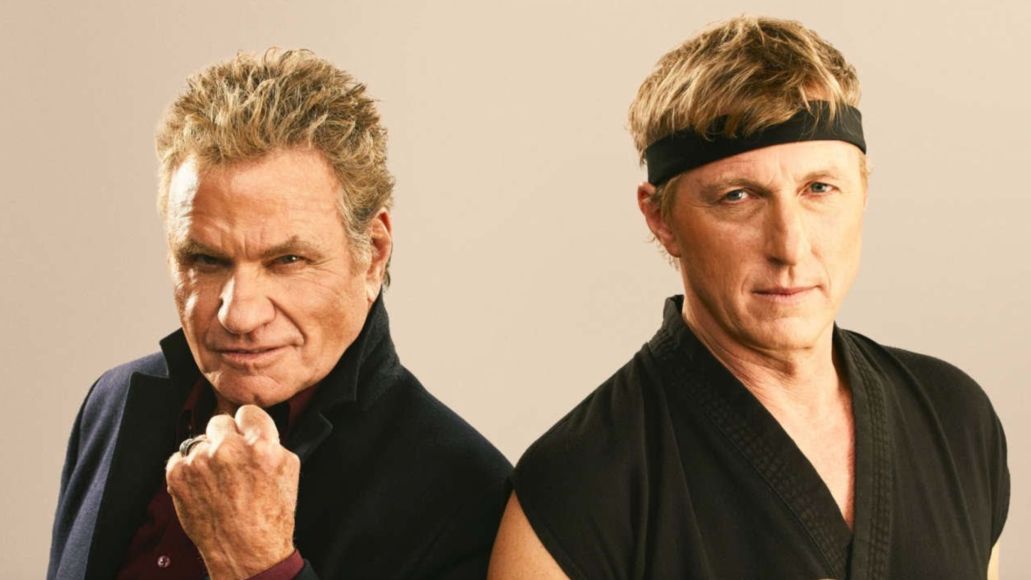 The fighting truly begins at 3:36! There is a lot of interplay on many of the score’s themes as the action heats up, and we are trading ideas around the orchestra to let everyone get in on the fun.
But at 4:06, we move into one of the most driving stretches of music in the season that sounds definitively ‘Cobra Kai’ as we mix the dense and thematic orchestral writing with a backbone of bone-crushing drums, guitar, and bass.

One of the most fun things about this section are the drum fills — we really worked hard with our drummer, Sam KS, to give these as much personality as possible. They frequently cross over the barlines to inject some extra chaos, and that mixed with the 5/4 meter give this fight a careening energy that is appropriate for the unbridled rage of two grown men smashing each other into walls.

The musical arrival at 4:46 has a few fun thematic references. The main melody here is the “B section” of our “Ace Degenerate” theme, which we often use in some of Johnny’s most emotional moments. But the undulating synth bass underneath is actually a call back to the opening scene in Season 2, when Johnny and Kreese are fighting in this very same room! This type of long-form callback and development is one of our favorite parts of getting to weave this type of musical tapestry. 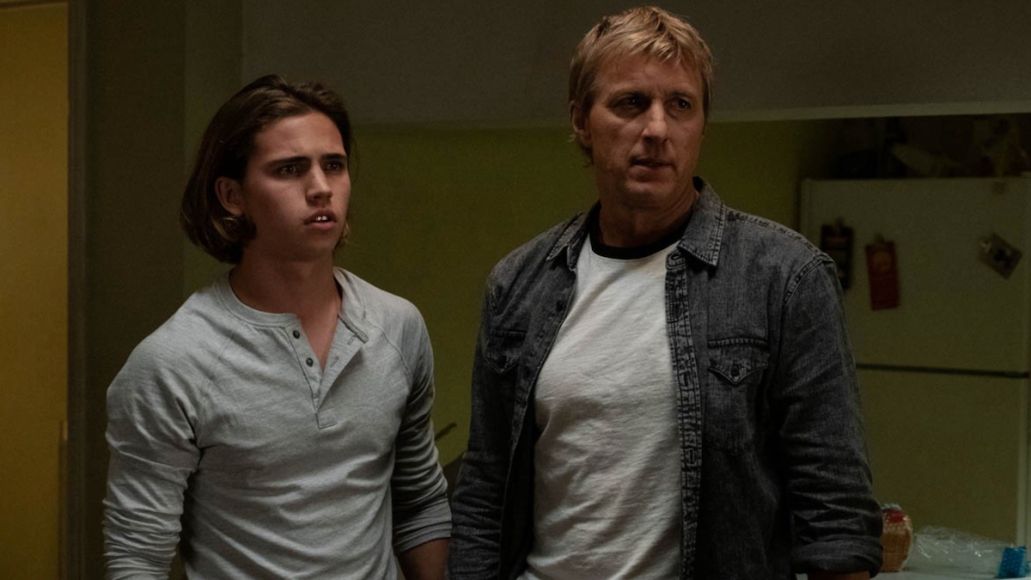 5:30 is what film scoring is about! The strings are playing the “Awake the Snake” theme (a new generation of cobra is born!), while the brass answer each phrase with adult Kreese’s slithering, evil melody until they converge into the Cobra Kai theme. Robby embraces the dark side and attacks his own father.

The scale is absolutely tragic — at this point we as the audience are being swept up in such a powerful wave of emotional weight that the only scoring option is to ride it out in full cinematic glory. This is one of the moments we are so thankful to record a live orchestra for every episode of this show. It allows us to build to emotional climaxes like this over the course of a season and even multiple seasons, and we are so fortunate to have creative partners in Jon, Josh, and Hayden that encourage that sense of scale and emotion in the musical storytelling.

This launches us into a three-minute stretch of intensely thematic orchestral music, as all of the life-and-death stakes of the multi-generational dojo fight and Vietnam flashback hurtle towards deadly conclusions. Enjoy! 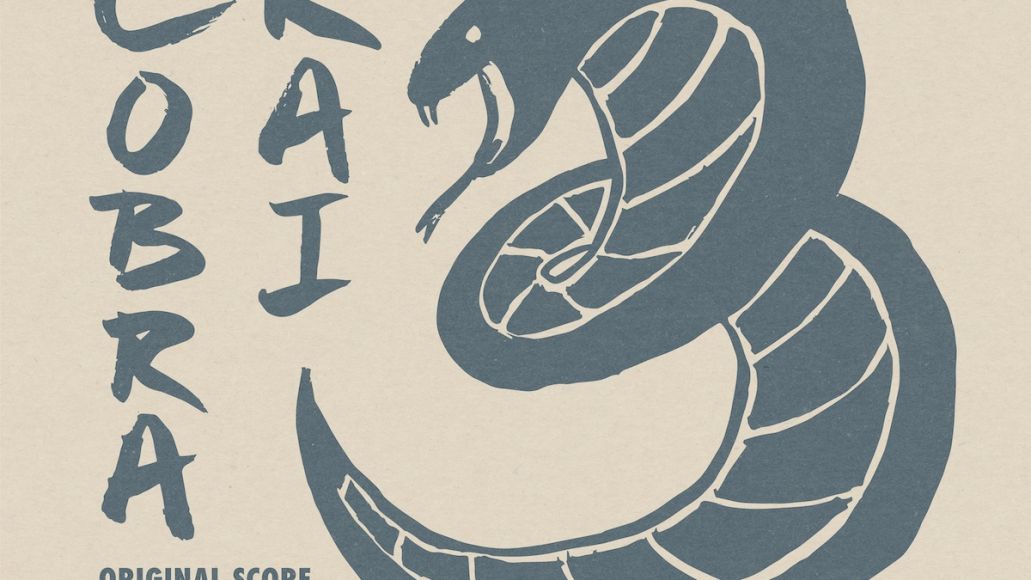 At this point in the episode, you’ve almost forgotten that Daniel even exists, and we wanted to score his arrival at 8:20 with the type of adrenaline rush worthy of a superhero’s surprise return.
The heroic theme you hear is the “Wheel Technique” from Season 2, first established when Daniel is teaching Sam and Robby and previously climaxing during that season’s Mall Fight. It’s material that received a lot of expansion and development during Daniel’s trip to Okinawa, and it is the battle cry of the Miyagi-Do dojo.

We LOVE to discuss the characters of the show with a sort of Dragon Ball Z mentality, which is a big storytelling influence for us, and 9:17 is a capitulation of one of our favorite moments of the series, when Chozen “goes super-saiyan” and demonstrates the pressure point technique on Daniel. Now Daniel channels Chozen’s teachings and turns them on Kreese. It’s beyond epic and beautiful and gives us a chance to go absolutely ham in the orchestra, with a fortissimo fanfare driving us to the conclusion of this gargantuan showdown.