The Pitch: What we publicly and historically know about Martin Luther King Jr. is as follows. The reverend was a pacifist and advocate for civil rights who rose to prominence in the 1960s. A champion for Black Americans, Dr. King was an oratory master, a Nobel Peace Prize-winning voice for a still-maligned class of citizens, and a firm believer in non-violent protest and demonstration.

What many people don’t know – unless they’ve maybe seen movies like Ava DuVernay’s Selma — is that the goddamn Federal Bureau of Investigation dogged King for the entirety of his public life as a speaker and organizer. We’re talking wiretaps, plants, offensive leaks and letters pertaining to MLK’s infidelities, all to discredit a “communist” and an “agitator” under the auspices of J. Edgar Hoover’s square-jawed, white male-run FBI. Get the dossier, there?

In MLK/FBI, director Sam Pollard digs into the FBI’s indignant and offensive attempts to continually disrupt a civil rights luminary, through unveiled documents, found/stock footage, and a variety of speakers who know or have studied King Jr.’s life.

This Thing with King: Why? Power, that’s why. More specifically, the fear of losing power.

In terms of the hype surrounding this project, yes MLK/FBI offers up the under-discussed inside scoop on Martin Luther King Jr.’s dealings with the FBI and that agency’s perpetual lurking obsession with the icon. But on a more elemental level, this is a documentary about what’s ostensibly a tale as old as this country, the story of those in power cracking down when the lower classes gain even an inch. It’s about white people with steady jobs screeching at the sight of a successful, important Black luminary gaining ground.

Foundationally, Pollard assembles a enriched recount of King Jr.’s life and work. Former speechwriter Clarence B. Jones, confidante and politician Andrew Young, and others lend intimate insights into King’s hopes, Herculean patience, and utter despair. These are the people that knew him, and that gives weight to stories about King’s anxieties over being ruined or how he tried to balance his concern for human rights at home and abroad during the Vietnam War. Pollard generously shares great moments like King’s speech on the Hill in 1963, phone calls with LBJ, and countless TV interviews where King must repeat his mission statement in kind.

More to the film’s point, however, this is a documentary slideshow with unsealed letters, files, and other nasty business from the bowels of the FBI. Countless letters on King’s whereabouts and actions, through the scope of clean-cut G-men with complete indifference to King’s better nature. King’s sexual dalliances perverted by guys in suits assembling a big binder of proverbial dirt. (One begins to wonder about statutes, legalese, and how nice reparations or public apologies might be from the Bureau even now, but you know how these things work as time elapses.)

In 2021, Dr. King’s legacy is one of the very few things we as a culture can summon with some degree of certainty and clarity. And with that in mind, it’s absurdly offensive and utterly unsurprising that the FBI would have taken such an active interest in King’s efforts to embolden the Black community. Pollard paints a fast and clear-eyed portrait of American scandal, one that’s exceptionally maddening when knowing that the systemic harassment and psychological torture of Martin Luther King was sanctioned at the very top. 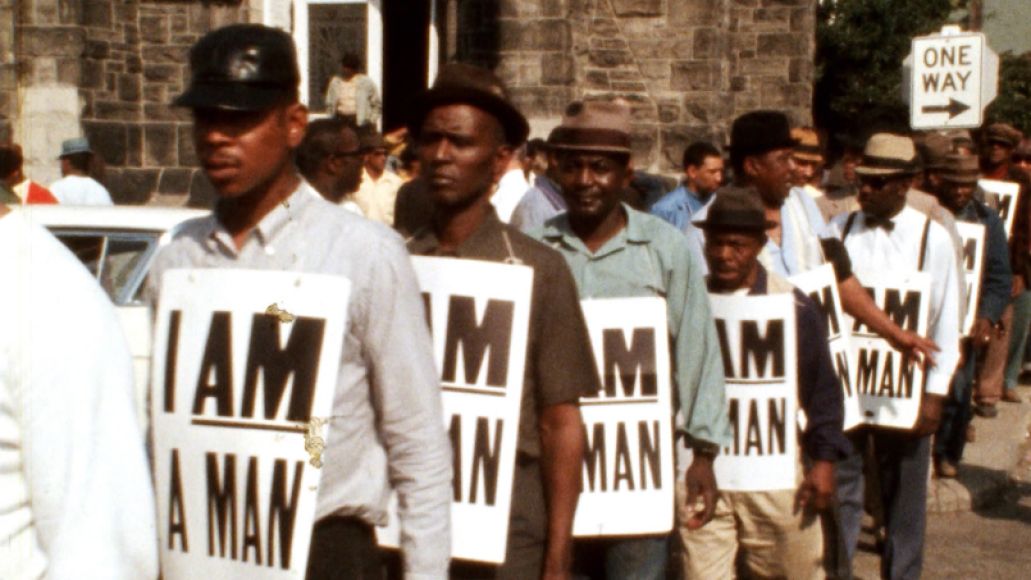 I Give You the FBI: MLK/FBI sure feels like a film of the moment.

It’s hard not to shine a light on the FBI’s soul in light of recent events. Following the attack on the Capitol Building in Washington D.C., the Bureau’s making waves with a flood of arrests of white, largely male domestic terrorists. It’s a reminder of the Bureau’s surreal nature: These guys are the swift, quiet agents of righteousness, and lawlessness will not be abided at the Bureau, but it’s that lack of transparency for which the Bureau has always been known that percolates during MLK/FBI. That grand American suspicion of how the big administrations operate behind closed doors. Pollard goes end to end on King, and after 90 minutes of no-kidding documentation, of course the film gainfully sows seeds of distrust.

Perhaps, it’s paranoid to revisit King’s assassination and think his guard detail was asleep at the wheel, but after seeing what MLK/FBI has to say about government-sanctioned kompromat, the nagging sense that King wasn’t adequately shielded endures. That the Bureau lumped King in with communism as a sort of populist excuse to dig in is laughable, until you see the real consequences of man-hours meant to disparage the leader. One of the doc’s stronger, more worrisome implications is that we don’t hold public officials nearly accountable enough for their actions.

When the FBI gives a presser on the Capitol about a riot with some “acting” attorney, the questions of power and authority intensifies by a thousand. And we’re only starting to scratch the surface of what the Bureau did to Black Panther leader Fred Hampton. MLK/FBI is like a progenitor for that unease over the guys behind the scenes. Just what do these people do in all those brutalist buildings in D.C.? Apparently, they organize to either belittle pacifists, or merely act as mea culpa dudes when the heat is on. Dangerous food for thought. 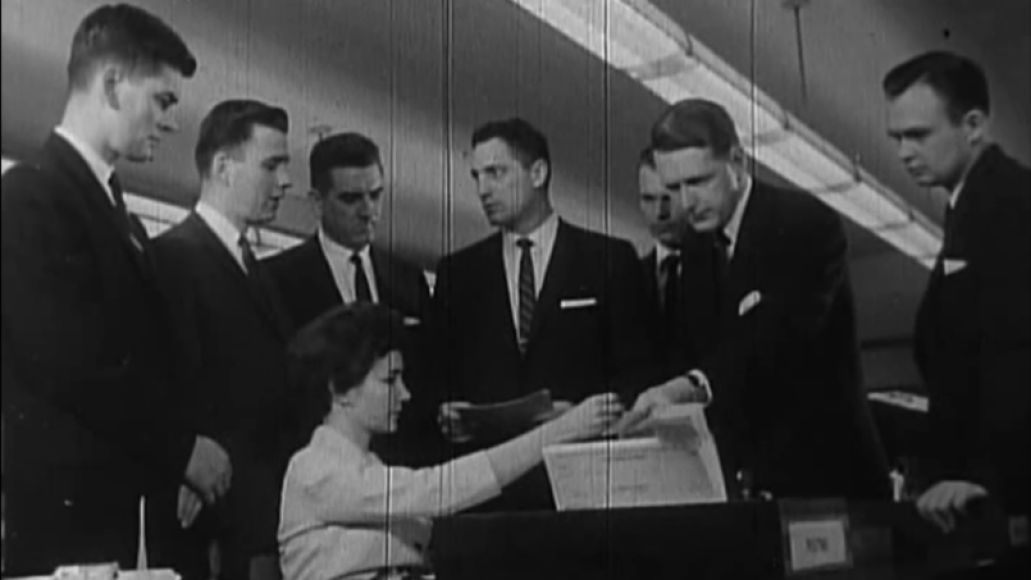 From the Vault: MLK/FBI has history … conveyed in the manner of watching an episode of American Masters. At first glance, MLK/FBI is an ally, till the seams start to show.

Ken Burns commits to his dryness, I Am Not Your Negro digs carefully for James Baldwin’s best notes. These are strong case studies in historical documentary on a shoestring; they commit to solemnity, a mannered technique that makes the content easier to focus on. The assemblage begs for something either more dynamic or confident. Not a jumpy hybrid. The information presented? Very good! How it’s presented? Meat and potatoes, or questionably stock, and at points it sticks out as a detriment.

Pollard’s black-and-white imagery and MLK footage is nicely curated, until he crosscuts with stock footage of file cabinets and tape recorders ala Shutterstock. Perhaps it’s reflexive, but seeing beautifully preserved 16mm footage of King under arrest or speaking on the Mall at the Lincoln Memorial be spliced with copious amounts of old FBI TV shows is distracting. No, not every documentary can afford to go out and stage Errol Morris-quality re-enactments. But Pollard’s inconsistent in the style arena. There’s something stirring and upsetting to the un-redacted documents shared onscreen and in King’s speeches and patience for crappy questions from reporters. So, why does it feel silly to mix that with Jack Webb-style clips of G-men? In a doc that re-examines hard truth, the fabrications fit uncomfortably. 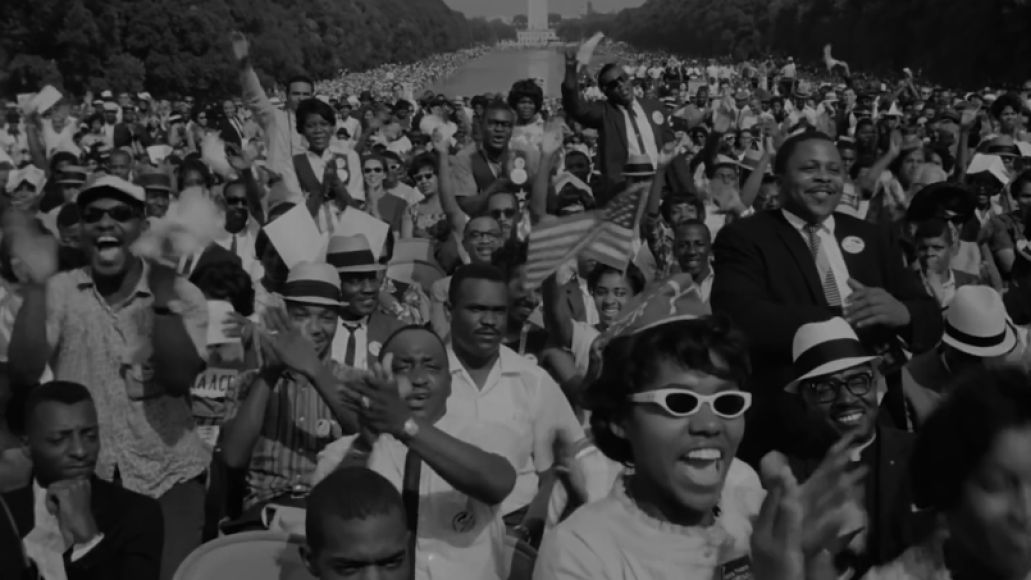 Verdict: MLK/FBI justifies itself as a compelling addendum to King’s legacy, not simply as a heart-rending unveiling of past tragedy and maliciously tarnished greatness. The FBI didn’t have to hamper King, but they did, and now we know. So, in that light, please put MLK/FBI on the record. At a moment where the word “inequality” is hitting ears louder than ever, go to this tape.

Where’s It Streaming? MLK/FBI is currently available on VOD via IFC Films.

MLK/FBI Sure Feels Like a Film of the Moment: Review