This review was originally part of our coverage of the 2020 Beyond Film Festival.

The Pitch: Paramedics Dennis (Jamie Dornan) and Steve (Anthony Mackie) work together in the same ambulance and are also longtime best friends. Running the Garden District route in New Orleans, the two run into a string of incidents linked to a new synthetic designer drug, Synchronic, which is having preternatural effects on users. When a one-two punch of personal tragedy afflicts the friends, their lives are thrown into turmoil as they become inextricably linked to the dangerous narcotic.

The Best Time Travel Stories Are Not About Time Travel: Time travel in film is usually best used when it’s a plot device but not the coda of the movie. Genre vets Aaron Moorhead and Justin Benson are magicians here, using the script and pacing to nimbly carry us through a science-fiction adventure that trades space-age antics and pseudo-science hijinks for a film grounded in the bonds of friendship. Don’t be mistaken, though, plenty of jumping between the past and present happens — in truly fascinating and exciting ways nonetheless.

What will absorb the audience here, though, are the more personal conflicts that the filmmakers have woven into the tapestry of the picture as a whole. Mackie’s Steve spends the movie with bed-hopping partners and late-night drinking, longing for the steady reliability of a family, all while Dornan’s Dennis has two kids with his wife, Tara (Katie Aselton), and waxes poetic about the days of strip clubs and no repercussions. Both of them long for what the other has.

Using personal struggles that directly impact each person’s life, the directors are able to cleverly take disparate strings and tie them together with a genuinely heartwarming message that is neither ham-fisted nor saccharine. 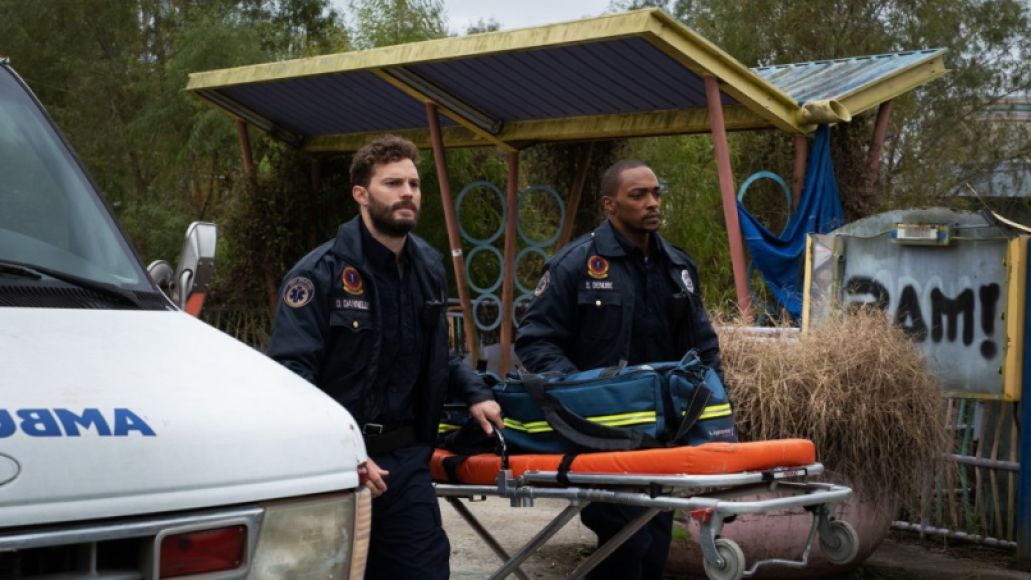 In Sync: Benson and Moorhead continue to prove they have an uncanny knack for packing a powerful message into movies that could easily pass for general genre fare. Where previous efforts such as Spring and The Endless rely a bit more on creative storytelling because of a lower budget, the increase in resources here allows the two to get a bit more showy. However, the time travel works best when they stick to their indie roots and show a bit more restraint — for instance, the thundering shadow of a wooly mammoth or fleeting cutaway of a Spanish ship at sea. In any capacity, the special-effects team does great work here, with temporal blips and glossy casts into the timeline.

One of the most jaw-dropping feats is how the director duo pulled off the massive workload they put on themselves. Benson handles the razor-sharp script that somehow manages to cram all these variables into a box, and the product is always a gift that keeps on giving. Moorhead’s crisp cinematography proves itself malleable, and whether it’s the eerie desolation of an abandoned theme park or the claustrophobic kitchen of Dennis and Tara’s home, he manages to elicit feelings of all kinds in any environment.

While Aselton is memorable in her few scenes as the doting mother and wife and Dornan has a gruff charm about him as the mostly lovable grump, this is Mackie’s load to bear and does so admirably. Mackie is able to shrug off the action-hero antics of his Falcon Marvel persona but keeps the brash humor and braggadocio. Ultimately, what we’re able to see more of here are his dramatic chops as he struggles with inner demons and turmoil. While it’s sometimes hard for him to turn off the comedic schtick, it hits home with a hammer when he does. 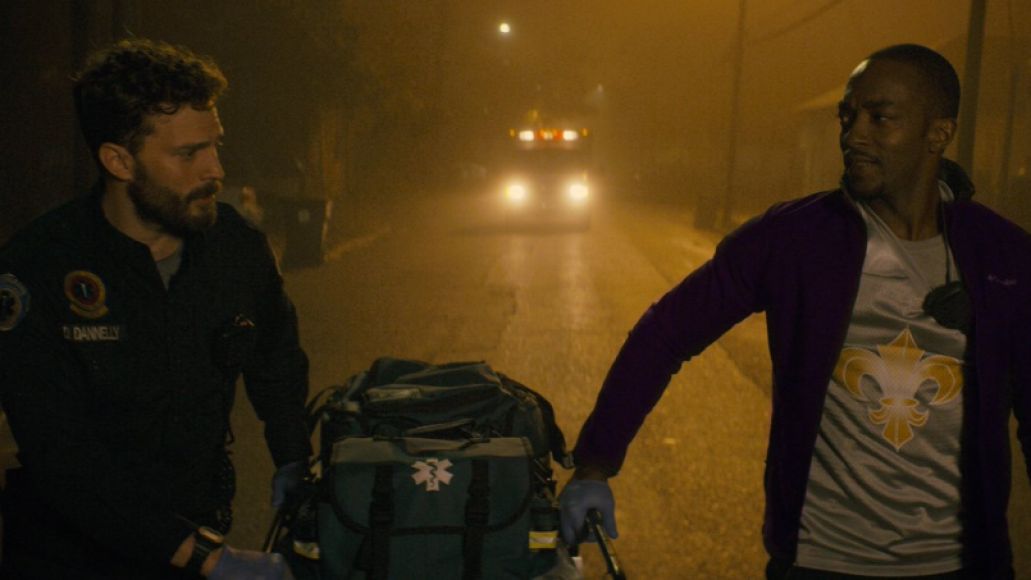 The Verdict: Bigger budget, bigger movie stars, and bigger aspirations. Justin Benson and Aaron Moorhead take it all and run with it, never losing sight of exactly what has made them the electric filmmakers they are today. Synchronic is a brilliantly woven film that is both a movie about time travel and about time. Filmmaking is a little bit science and a little bit magic, and these directors are both scientists and alchemists here. Synchronic splices together science fiction, heart, and humor to create one hell of a potion, one you’re going to soak up as soon as possible.

Where’s It Streaming? Synchronic is available now via On Demand.

Synchronic Splices Together Sci-Fi, Heart, and Humor For One Hell of a Potion: Review