The Pitch: Driving home from a night out with friends, exhausted Iranian immigrants, Babak and Neda Naderi (Shahab Hosseini and Niousha Noor), decide to spend the night at a nearby hotel with their infant daughter Shebnam (Leah Oganyan). They quickly realize that there are dangerous secrets lurking within the walls of the mysterious building and the seemingly endless night soon spirals into reality bending terror as they find themselves trapped in a nightmarish hell of their own creation.

The Night made headlines as the first US produced Iranian film to secure a theatrical license in Iran after the country’s 1979 revolution. Though set in LA’s landmark Hotel Normandie, this is an Iranian story told predominantly in Farsi and including Iranian Americans or Iranian Immigrants both in front of and behind the camera. Director Kourosh Ahari, in his feature debut, delivers a deceptively simple tale that hides darker truths about the lasting effects of grief and guilt.

A Room with a View: The famous Hotel Normandie provides the perfect setting for the stealthy terror lurking within its rooms. Ahari masterfully plays with light and shadow, creating a visual palette that is warmly enticing, but carries an eerie edge. Impeccable sound design punctuates Nima Fakhrara’s nerve rattling score, luring viewers in with dreamy sustained tones before plunging them back into the nightmare with jarring dissonance or piercing feedback.

But it’s the faint humming, dripping faucets, and incorporeal footsteps that will likely cause viewers to check over their shoulders or turn on the lights long before the final credits. George Maguire is effectively unsettling as the front desk clerk, gently sharing ominous warnings about the hotel or dropping descriptions of horrific tragedies into the most mundane conversations. Red herrings lead to nowhere and potential saviors come and go, all conspiring to keep Babak and Neda trapped in the hotel until they do the work of releasing themselves. 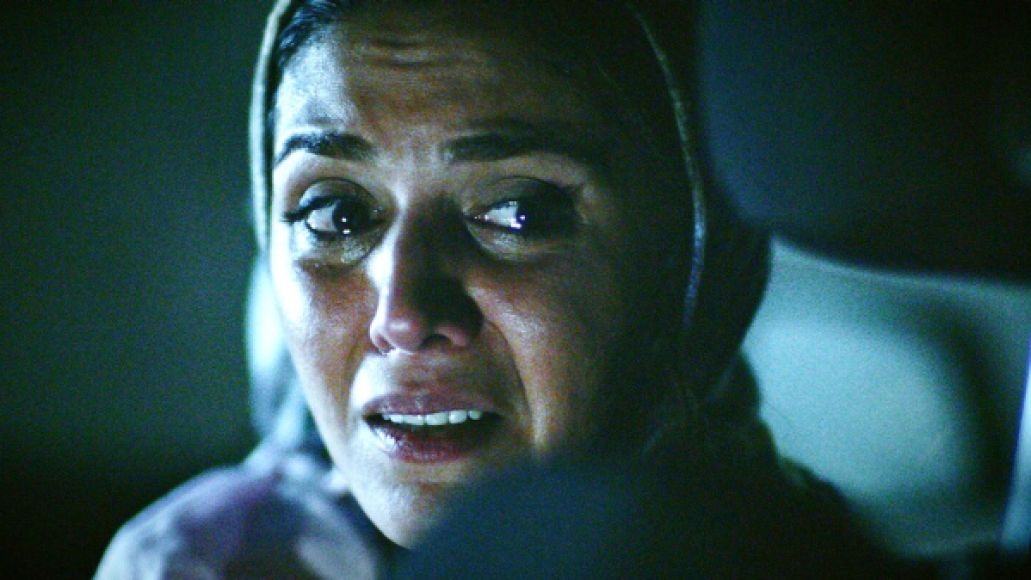 Nightmare Inn: Before Babak and Neda arrive at the hotel, they begin to notice a presence lurking in the darkness. Once checked in, they each encounter ghosts who may have a connection to their past. Or perhaps they’ve been marked with a curse from their new matching tattoos, a flimsy attempt to patch over their tense relationship. Or maybe they’re being stalked by a hooded figure barely seen in the shadows of the night. Ahari shows impressive restraint by refusing to reveal his monster, and while the threat often feels frustratingly undefined, these vagaries accent the film’s themes of repression and adds to the cognitive dissonance essential to its ultimate message.

Before immigrating to the US, Babak and Neda were apart for a significant length of time leaving their relationship in question. This forced separation created a rift between the couple that they both struggle to discuss. it’s in the unwillingness to confront each other honestly that the seeds of the horror lie. Neda and Babak are faking a connection they don’t actually feel. And the lie is threatening their lives.

Ahari maintains focus on his main characters rather than the forces torturing them, keeping viewers grounded in the strained marriage at the center of the story. Hosseini and Noor both deliver quietly nuanced performances, showing the broken trust that is rotting their relationship and providing poignant contrast as each eventually reaches the breaking point. The final scene is absolutely chilling with its heartbreaking implications and haunting imagery. 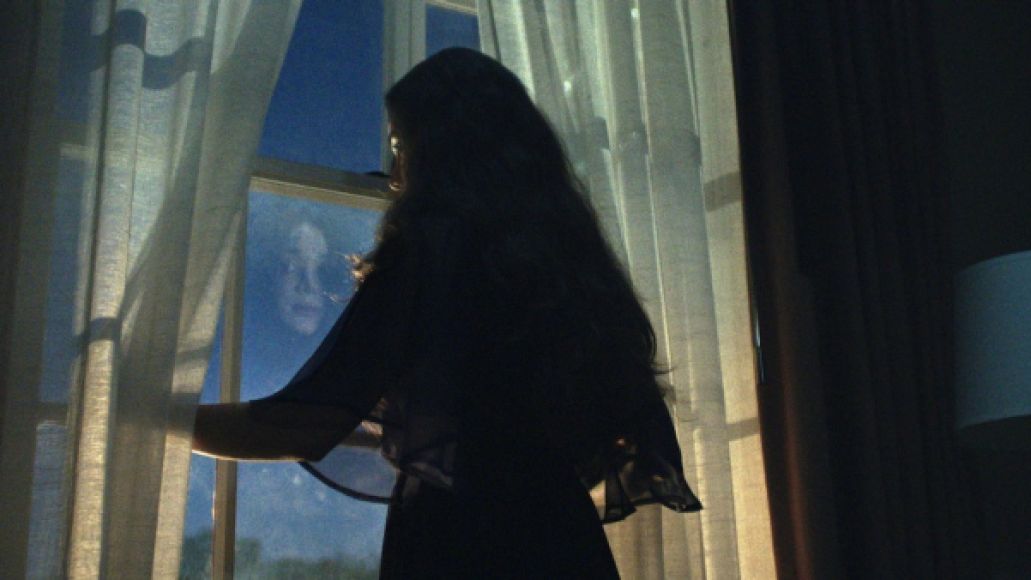 Room 237: The Night will undoubtedly be measured against the gold standard of haunted hotel stories: Stanley Kubrick’s The Shining. This is a fair comparison and Ahari directly references Kubrick’s film several times with updates on iconic scenes like an ominous threat lurking in a bathtub and an opening credits sequence following a car on an unstable landscape. However, these comparisons are often subtle and mostly apparent upon rewatch. They never distract from the story, but serve as an unconscious shorthand adding to the overwhelmingly dreadful atmosphere of the film.

Ahari has a firm grasp on the visual style and though the parallels are there, they never feel like cheap imitations. In fact, The Night can be read as an indictment of Kubrick’s depiction of narcissism and emotional abuse with Hosseini’s Babak serving as a counterpoint to Nicholson’s iconic portrayal of Jack Torrence. Both films feature men running from their feelings and explore the dangers of refusing to acknowledge the truth; however, Babak seeks to protect his family rather than destroy it.

What’s Streaming on Shudder in February 2021

The Verdict: Though comparisons to The Shining are fair, Ahari never loses control of his vision and maintains the heart of the story: a broken couple struggling to communicate with each other. The result is a cautionary tale not only for travelers, but for those hiding pieces of themselves from the people they love. Told mostly in shadows, this is a story of broken trust and haunting guilt. Ahari uses one of the genre’s oldest tropes to remind us that it’s in confronting our demons that we gain the power to overcome them.

Where’s It Streaming? The Night has open vacancies on January 29th via IFC Midnight.

The Night Is a Terrifying Twist on The Shining: Review