The Pitch: A young and ambitious Indian driver (Adarsh Gourav) living in a small, poverty-stricken village uses his cunning and wit to ascend the economic food chain by taking a job as the driver for the son of a corrupt politician.

Not Your Mother’s Rags to Riches Tale: Based on the novel of the same name by Aravind Adiga, The White Tiger tells its audience flat out: If you’re looking for a neatly-wrapped, easy-to-digest rags to riches story like Slumdog Millionaire, you’ve come to the wrong place. There is no magical, million-dollar question that will make all of your problems disappear: In the film’s world of bustling but corrupt Indian politics, it’s eat or be eaten. There’s a sense of self-awareness and a tongue-in-cheek kind of humor to The White Tiger that helps carve the film’s unique identity as a piece of art both deeply rooted in and critical of the Indian socio-political and economic systems.

The film’s unflinching view of modern India, coupled with its witty narration and often striking visuals, make it a thoroughly vibrant story. Director Ramin Bahrani pulls no punches when it comes to criticizing both India and films made about India. There’s no mistaking it. In order to rise to the top (or, what Balram believes is the top, which means being the owner of a taxi service), Balram has to do no less than lie, cheat, and kill to be successful. The unrelenting idea that the film presents — that there’s no morally pure way to ascend class — is as poignant as it is nihilist. 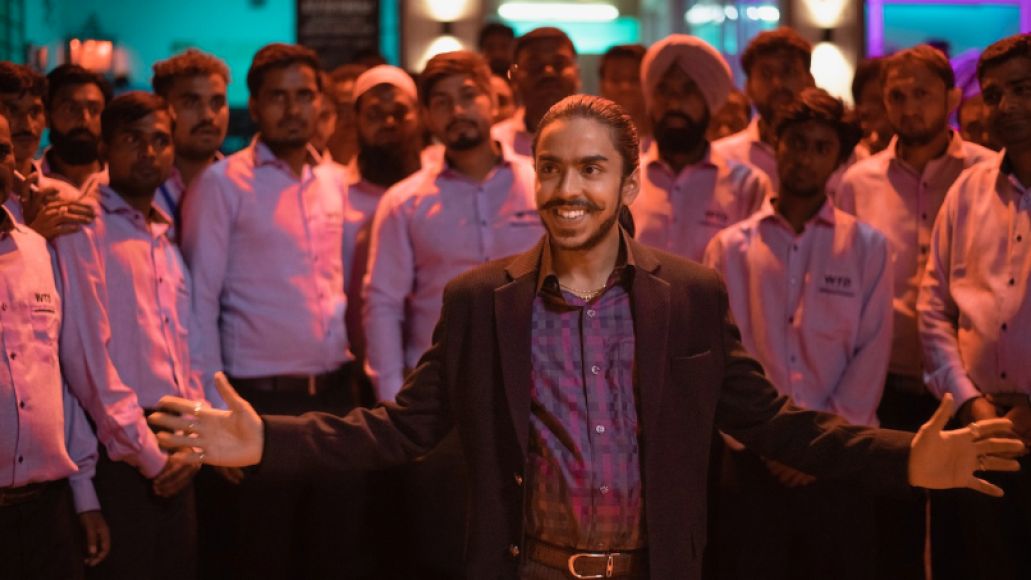 From Page to Screen: The White Tiger is a book-to-film adaption, and all too often it’s apparent that the film came from a 300 page novel. In other words, it has some serious pacing issues. At two hours and 45 minutes long, The White Tiger is a slow burn (nothing wrong with slow burns, mind you) when it should be a heart-racing, grimy story of betrayal and greed a-la Uncut Gems.

Instead, we get a massive chunk of the runtime dedicated to Balram’s past and childhood before getting to the meat of the story. Though his past is certainly significant, the way it’s presented here could have easily been condensed, giving more weight to Balram’s endeavors as he attempts to rise in the ranks. Because of this, the climax feels entirely predictable. 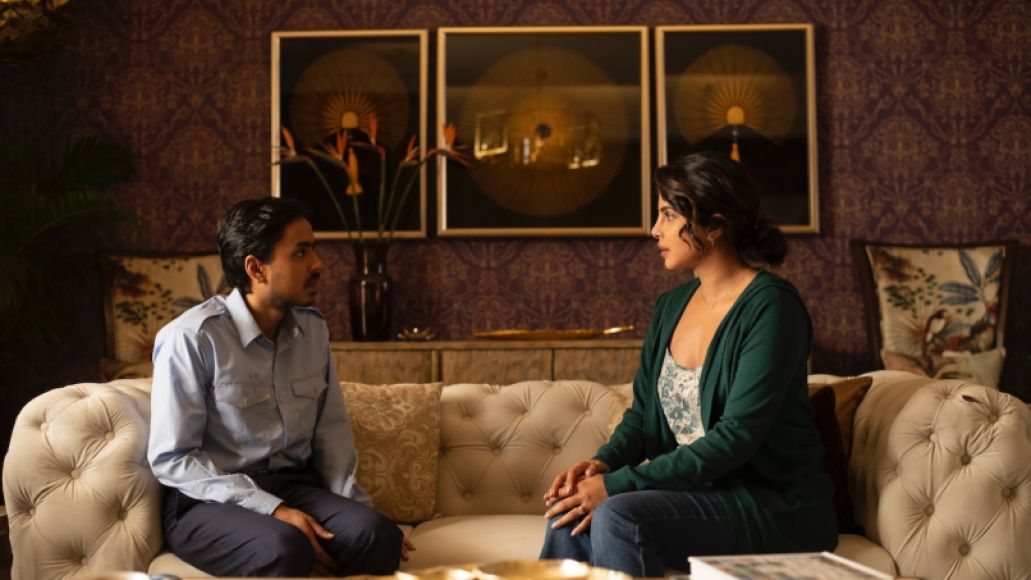 A Tale of Two Indias: Pacing issues aside, the concept at the heart of The White Tiger offers a vast and fascinating examination at the extreme class-consciousness of India life — a holdover from the nation’s past. Balram, the wealthy Ashok (Rajkummar Rao), and the rest of the supporting cast are constantly under the intangible influence of the Indian caste system. One of the film’s greatest strengths is its depiction of the ideological differences between those born rich and those born poor.

There’s the poor, hardworking Balram, whose mindset towards the caste system is one not of resentment, but of acceptance. Meanwhile, his rich employers decry it, telling him not to call them Master yet taking full advantage of the fruitful yield such an economic system has given them. Balram sees this, understands it, and ultimately takes advantage of his own-self awareness and the sore lack of it through Pinky and Ashok, all of which leads to their inevitable downfall.

Because, on paper, Balram has all the right traits to make for a successful young hero of a rags-to-riches story. He’s a loyal, hard worker, but once he gets that tantalizing taste of wealth and power, he leaves the archetype behind. In fact, he’s even willing to kill for more. This determination is all over Gourav’s performance, who gives Balram an intense duality and moral ambiguity — both emotionally and physically. The Balram we leave at the end of the film is nearly unrecognizable. 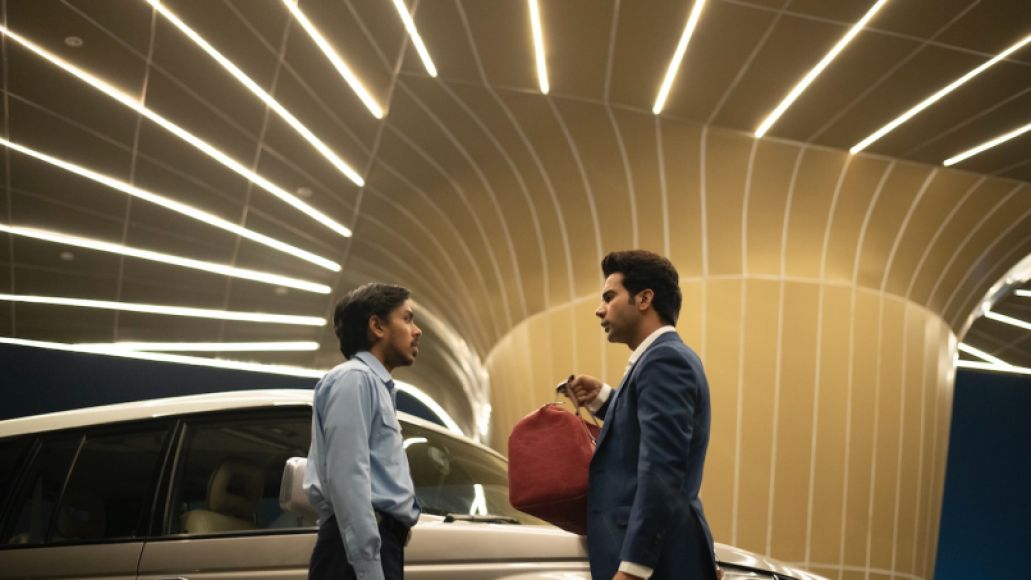 Corruption Wears More Than One Face: On the other side of the coin, there are the film’s wealthier characters: the village’s landlord “The Stork” and his comically villainous cohorts who mock, beat, and jeer Balram; then there’s Ashok, the young son of a wealthy Indian politician; and, of course, Ashok’s girlfriend Pinky (Priyanka Chopra) who has spent most of her life living in America. While The Stork leverages his wealth in the predictably sinister way, Pinky and Ashok are a different, arguably worser kind of rich.

Sure, Ashok and Pinky treat Balram kindly, and claim to want the best for him, and even protest when The Stork hits him. But it eventually becomes clear that Pinky and Ashok are simply easing their own consciousness as they benefit from the labor of someone who believes he’s lesser than them. In other words, Pinky and Ashok may put on the right appearances, but when push comes to shove, they’re just as bad as The Stork. As expected, icons Priyanka Chopra and Rakummar Rao run away with the roles.

The Verdict: Ramin Bahrani’s The White Tiger thrives with terrific performances, compelling characters, and a biting sense of identity that hits the thematic nail on the head. Though the poor pacing strains its true potency, the film’s striking visuals and sharp direction bolster the impact significantly, resulting in an artfully-crafted tale of ambition and greed.

Where’s It Streaming? The White Tiger is currently roaring on Netflix.

Netflix's The White Tiger Tears Into a Tale of Two Indias: Review