When Gang of Four co-founder Andy Gill died last year, he had been working on an album-length retrospective of Entertainment!, the punk classic that launched the Gang’s career. His widow Catherine Mayer has continued and expanded on that work with the help of some very special guests, and has now shared the tracklist to The Problem of Leisure: A Celebration of Andy Gill and Gang of Four. This tribute album arrives May 21st.

Each track was originally recorded by Gang of Four, but has now been given new life by a contemporary artist. Last week saw the release of the lead single “Natural’s Not in It”, a cover by Tom Morello (Rage Against the Machine) and Serj Tankian (System of a Down). The Problem of Leisure also features contributions from IDLES, Flea and John Frusciante, 3D aka Robert Del Naja from Massive Attack, La Roux, Helmet, Gary Numan, Dandy Warhols, Killing Joke, and more.

In a statement, Mayer said that her late husband worked on The Problem of Leisure right up until his death. She explained,

“There was never any doubt in my mind that I should finish what Andy had started. He took so much pleasure from hearing from artists which track they had chosen and why. He was delighted by the tracks he lived long enough to hear. Even in what turned out to be his final days of life, he listened to mixes on a laptop in his hospital bed and asked me to send notes and responses to the contributors on his behalf. He also talked to me about further musicians he hoped to coax to come on board. After he died, I made contact with several of these. All said yes.”

Gang of Four’s Jon King: “Hendrix Was a God to Us”

The Problem of Leisure is available as either a double-CD or quadruple-LP. The artwork features the 2017 work “Dog with Bone” by internationally-renowned artist Damien Hirst, and you can peruse that and the tracklist below. Pre-orders are ongoing. Last summer, the remaining members of Gang of Four shared the Anti Hero EP featuring posthumously-released contributions from Gill.

The Problem of Leisure: A Celebration of Andy Gill and Gang of Four Artwork: 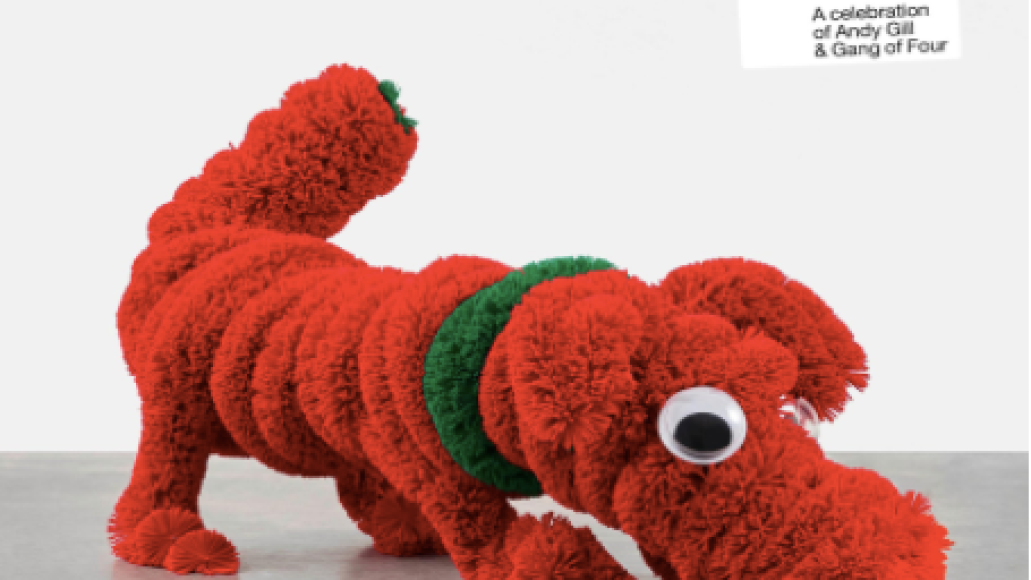 The Problem of Leisure: A Celebration of Andy Gill and Gang of Four Tracklist:

* 3D is the remix name of Robert Del Naja from Massive Attack
** “Last Mile” is the new title for this cover of “Broken Talk”, reflecting new lyrics sung in Mandarin by Hardcore Raver in Tears