Earlier today photos emerged of Iced Earth guitarist Jon Schaffer storming the U.S. Capitol building on Wednesday. Now, the veteran metal musician is among the persons of interest sought for “unrest-related offenses” by the Metropolitan Police in Washington, D.C.

The Metropolitan Police unveiled a Powerpoint presentation of dozens of people who are wanted for unlawful entry of the U.S. Capitol Grounds. A photo of Schaffer, which has already run on several major news outlets, was among the pictures included.

Update — January 8th: An image of Jon Schaffer was also included in a poster from the FBI, which is also “seeking the public’s assistance in identifying individuals who made unlawful entry into the United States Capitol Building on January 6, 2021, in Washington, D.C.” See the FBI’s poster below.

Schaffer can be seen at the front of a mob, with an Oath Keepers hat and his finger pointed while yelling at someone out of the frame. The guitarist, who formed Iced Earth in 1984, has been outspoken about his political beliefs in the past.

In the past, Schaffer questioned whether Hillary Clinton really won the popular vote in 2016, and has worn a Confederate flag bandana onstage. He also questioned the severity of the COVID-19 pandemic in an interview with Metal Sucks.

The photo of Schaffer at the Capitol building was the lead image on stories from NBC News and CBS News, among others. It can be seen in the screen capture of the Metropolitan Police’s “Persons of Interest” presentation below, and in countless memes criticizing the metal guitarist.

The unrest at the Capitol was led by Trump supporters who challenged the results of the November presidential election, which was won by Joe Biden. At least four people died in the fracas, including one woman who was shot by a U.S. Capitol police officer. 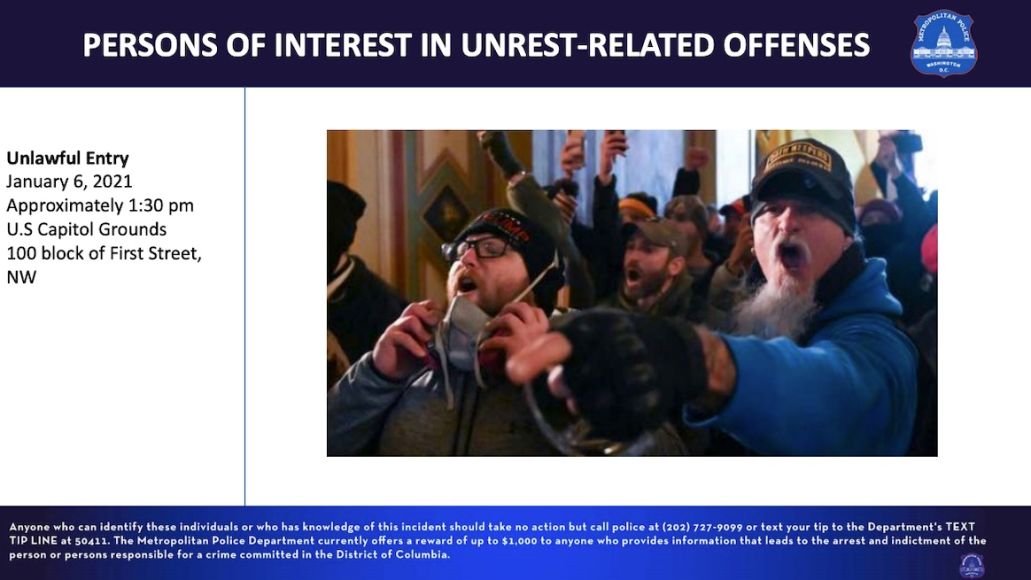 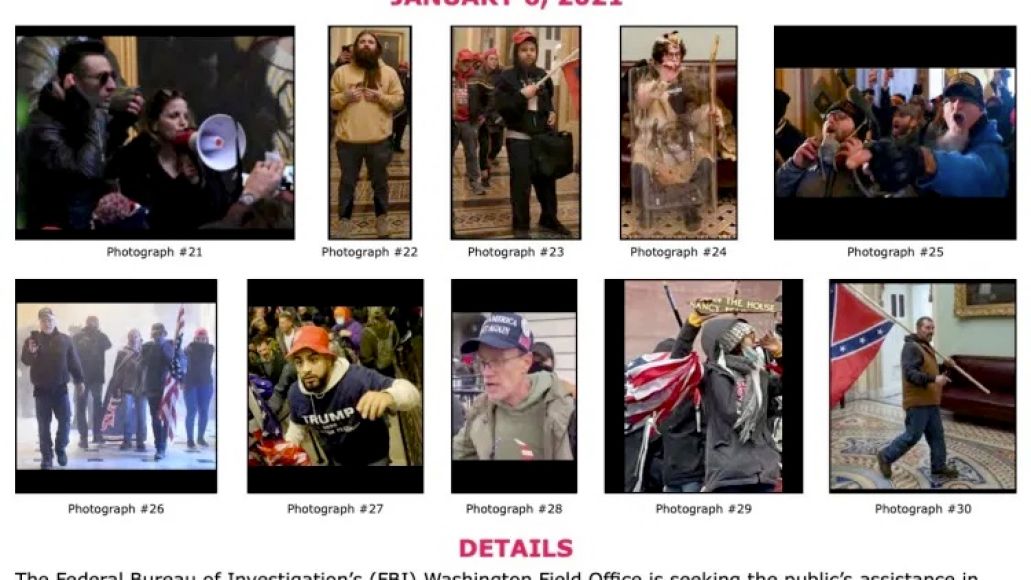