Get in, loser, we’re going to listen to Jenny Lewis and Serengeti’s new song “Vroom Vroom”.

These unlikely collaborators met in Berlin in 2018, with the Chicago MC and indie rock queen bonding over Tom Selleck, Indiana Jones, and the sport of boxing. Upon returning to the States, the pair collaborated on five songs, the first of which was released in December as “Unblu”.

Like its predecessor, “Vroom Vroom” starts with a sludge-black bass line that leave plenty of space for Serengeti’s poetical raps. This is a song about going for a drive, and as the title suggests, it delights in onomatopoeia. “The Autobahn is at a creep,” Serengetis says. “The river rise ain’t getting deep/ Beep beep.” The chorus continues this theme: “Vroom vroom on the highway/ Billboards look all on the skyway.”

The accompanying music video was directed by Lewis and shot on cell phones. Serengeti posts up in his car, while Lewis strikes flamboyant poses, smokes a blunt with a cat, and generally has a ball. Check out “Vroom Vroom” below.

Lewis’ old band Rilo Kiley recently reissued their self-titled debut album, while her other old band The Postal Service finally gave their live album Everything Will Change a digital release. Last month, she teamed up with Bill Murray for a cover of Drake’s “Laugh Now Cry Later”. As for Serengeti, last year he linked up with his old pal Open Mike Eagle for the pandemic record Cavanaugh – Quarantine Recordings. 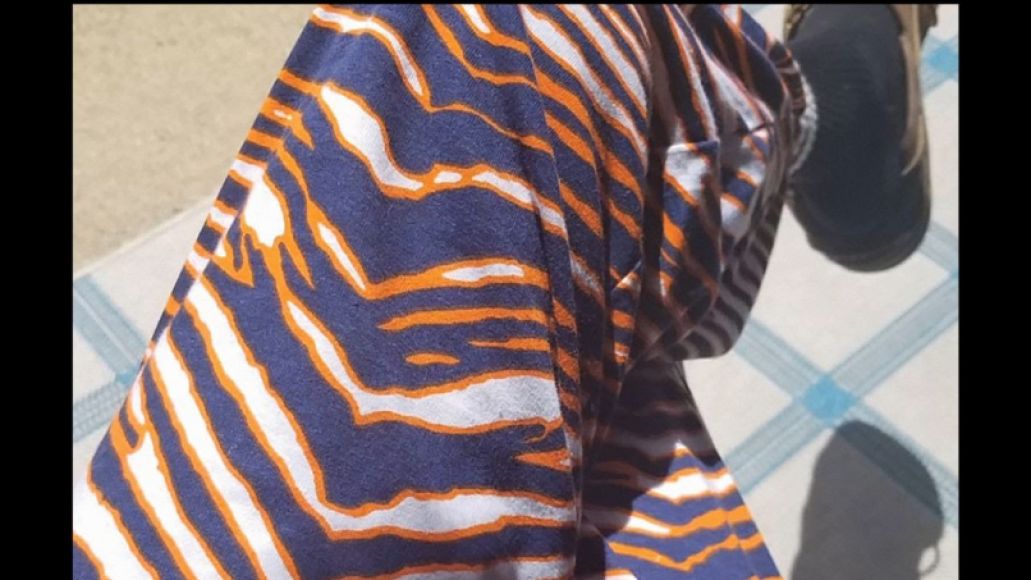