Having signed to Sub Pop back in the fall, Los Angeles indie musician Lael Neale has today announced her debut album on the label, Acquainted with Night. As a first listen, she’s shared the new single “Blue Vein”, along with a self-directed music video.

Composed and arranged by Neale herself, the 10 tracks on Acquainted with Night were produced and mixed by Guy Blakeslee, with Chris Coady handling mastering. Under the “empathic guidance” of Blakeslee, Neale limited herself to 4-track and first takes during the recording processes. By abandoning her need for perfection and stripping away all the layered arrangements that had “weighed down” her past attempts at making an LP, the Los Angeles-via-Virginia was able “to deliver the songs in their essence.”

Early singles “Every Star Shivers in the Dark” and “For No One for Now” demonstrated how this newfound simplicity found its vessel in the Omnichord, an instrument that again takes center focus on “Blue Vein”. However, it takes its time on this one, coming in for slow, extended notes under Neale’s voice and guitar.

She also self-directed the accompanying music video, recorded on her old Sony Handycam from high school. Watch the clip below.

Acquainted with Night arrives on February 19th. Pre-order it now via Sub Pop, where you can get it on exclusive white vinyl. The album art and tracklist are ahead. 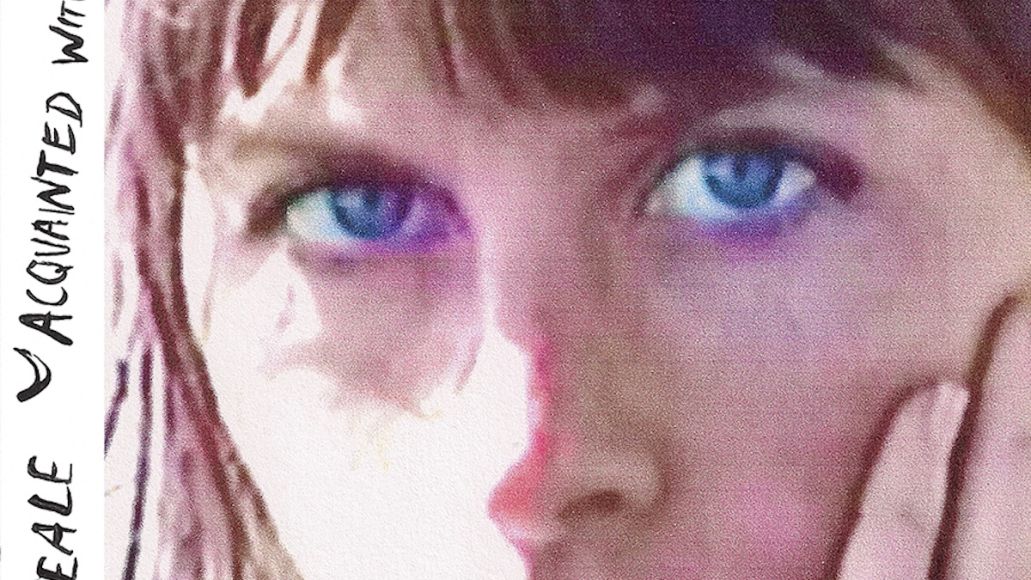