Thrash outfit Nervosa are set to release their new album, Perpetual Chaos, this Friday, January 22nd. To tide us over, the band has shared a music video for the latest single, “Under Ruins”.

The new album comes after major lineup changes left guitarist Prika Amaral as the only longtime member of the band. Singer Diva Satanica, bassist Mia Wallace (ex-Abbath), and Eleni Nota all joined Nervosa to create an all new thrash metal force, with the band essentially learning to live and play together when recording Perpetual Chaos in the remote Artesonao studio in Malaga, Spain. What was once a Brazilian band is now an international group, with the new members hailing from Spain, Italy, and Greece.

“It was a wonderful experience with these girls, they are all very talented and did an excellent job,” Amaral said in a press release. “I have never been so happy with the final result of a record. I chose Artesonao studio in Malaga, because it is isolated and in an extremely beautiful place, we worked hard but we had the best vibe between us.”

New song “Under Ruins” is a bulldozing ripper in the Brazilian thrash tradition. Befitting of her name, Diva Satanica’s vocals are bestial and demonic, and she sounds right at home fronting Nervosa.

“It was undoubtedly a very intense process in every way,” Satanica remarked. “Not only did we learn to work together, but also to get to know each other and live together. I am very lucky to be able to be part of a project like this and I am sure that with the release of this album, Nervosa will take a very important step in its career. Working with [producer] Martin Furia was incredible, he helped me to find nuances in my voice that I didn’t know I had. Get ready, for a new era more powerful than ever!”

Heavy Culture: Musicians on Protests, Power, and the Pandemic

Lyrically, the songs range from “political grievances and amplifying the voices of minorities to protesting against factory farming, capitalism and succumbing to the ill-informed musings of social elite.” The arena of thrash metal has always been vocal on these issues, and Nervosa aren’t holding back.

Watch the music video for “Under Ruins” and check out the album art and tracklist for Perpetual Chaos below. Pre-order the album via Napalm Records and Amazon. 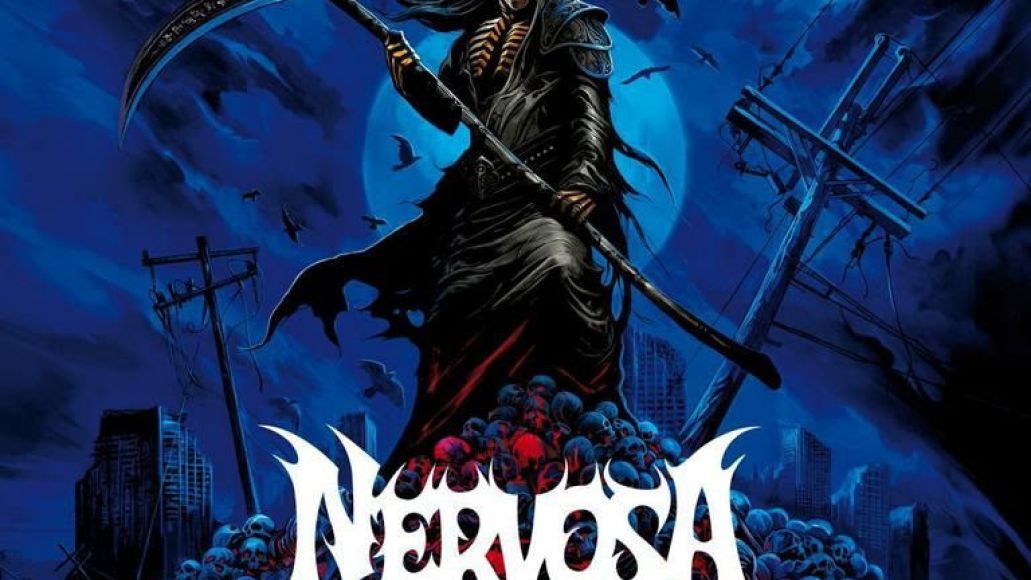