System of a Down singer Serj Tankian is the subject of a recently announced documentary film titled Truth to Power, which premieres on February 19th. The trailer and poster for the movie have now been unveiled.

The new trailer offers a glimpse at what viewers can expect from the intimate documentary, which follows Tankian’s journey as a musician and longtime activist. The singer and his band continue to raise awareness for the crisis in Artsakh, an Armenian-adjacent state that was recently under siege by Azerbaijan and Turkey. In the past, they called for the recognition of the Armenian Genocide of 1915.

“[It’s] looking through my eyes at how message becomes reality through the arts,” Tankian said of Truth to Power in a 2018 interview with Rolling Stone. “Instead of focusing on me as an artist, it asks, how does one’s message come to fruition? Can music change the world?”

The Garin Hovannisian-directed film touts interviews with the members of SOAD, Rage Against the Machine’s Tom Morello, and producer Rick Rubin, among others. A clip of Tankian’s conversation with the latter is included in the trailer, with Rubin getting to the heart of Tankian’s mission as a politically outspoken artist.

“The things you’re talking about are reflecting what’s really going,” Rubin tells Tankian. “A lot of people just don’t want to talk about it, not talking about it doesn’t make it go away.”

Serj Tankian on System of a Down: “As Long As We’re on the Same Page, We Can Continue Doing Stuff”

Adds Tankian: “Armenia is going through this injustice, this hold on the populace, and their destiny was happening by a handful of corrupt leaders.”

The trailer features a fair amount of vintage SOAD footage and songs, including old news bites about the band that act as a time capsule of Tankian and company’s activism over the years. The film also features new music from Tankian’s upcoming Elasticity EP via Alchemy Recordings.

Watch the trailer for Truth to Power and check out the poster below. For more information, visit the film’s official website. 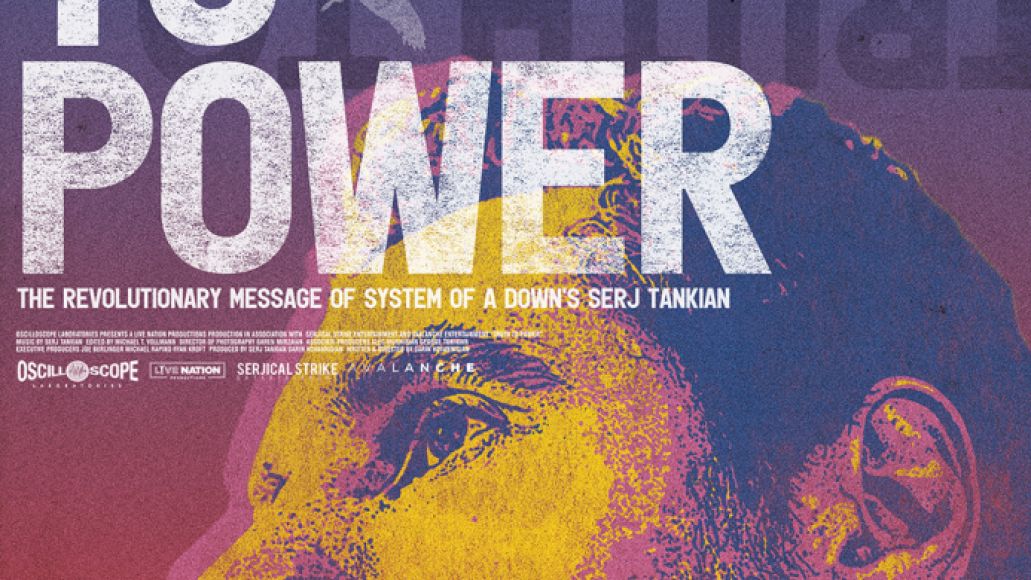