Squid have announced their debut album Bright Green Field, which is set to arrive in May. As a first look, the Brighton post-punk band is sharing a sprawling lead single called “Narrator”.

Bright Green Field follows Squid’s pair of 2020 songs, “Sludge” and “Broadcaster”, as well as their 2019 EP Town Centre. This LP was produced by Dan Carey (black midi, Bat For Lashes, Hot Chip), and judging by the recording process, it sounds like they went big: a 30-person choir, a horn and string ensemble, and actual field recordings of bees.

Although its title and artwork evoke a pastoral setting, drummer/vocalist Oliver Judge says that this album exists in a shadowy cityscape. “The tracks illustrate the places, events and architecture that exist within it,” he explains in a statement. “Previous releases were playful and concerned with characters, whereas this album is darker and more concerned with place.”

That juxtaposition couldn’t be clearer on “Narrator”, which contrasts the artwork’s bright hues with knotty riffs, distressed vocal yelps, and metropolitan grooves that lock in and bolt forward like a zooming subway car. It’s an eight-minute epic that begins like a jagged post-punk song, sinks into an edge-of-the-seat buildup, and ends with a truly magnificent explosion of screaming guitars and horror movie shrieks courtesy of guest vocalist Martha Skye Murphy.

As if that weren’t enough, the song also comes paired with an incredibly compelling music video directed by Felix Green, who uses 3D software to create a vast, video game-like world for the band to perform in.

Take the time to soak in the music and the visual below. Bright Green Field is due out on May 7th via Warp Records, and pre-orders have begun. 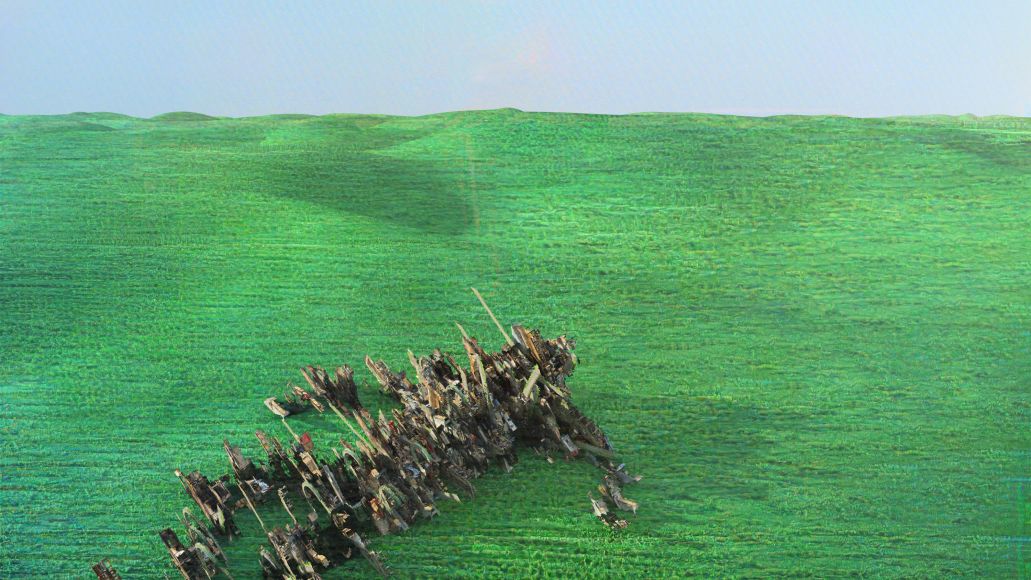