If it feels like Ted Danson has always been on our television screens, well, it’s because that’s more or less true. He’s been around since at least the mid-1970s, cropping up in one long-running sitcom after another, buoying that with everything from prestige dramas to procedurals to a brief stint as a movie star in the ’90s (Three Men and a Baby, anyone?) He’s one of the hardest-working, and most ubiquitous, people in show business, cultivating a very specific persona that has itself morphed and changed as Danson’s hair has turned from brown to gray.

Now, fresh off a four-year stint on the critically-acclaimed The Good Place, Danson finds himself as yet another bumbling man of power in a crisp suit, although a bit less openly demonic this time: Mayor Neil Bremer on NBC’s latest show, Mr. Mayor. Created by Tina Fey and Robert Carlock, the LA-set sitcom centers on Danson’s Bremer, a goofy, clueless billionaire widower who decides to run for mayor of LA during the chaotic COVID-ridden times of 2020, and actually wins. There’s just one problem: He doesn’t know what he’s doing. (A rich, powerful white guy running for office on nothing but charisma and winning? Color me shocked!)

While the first two episodes leave a bit to be desired — Fey and Carlock’s writing to date is far from the absurd-joke-machine highs of 30 Rock or The Unbreakable Kimmy Schmidt — at least Danson is great in it, a warm, affable presence tempered by his complete lack of understanding of how the world, or government, works. But it’s those strengths that help elevate the show beyond its dismal pilot and an as-yet-underutilized cast (including Holly Hunter as a firebrand liberal deputy mayor and Crazy Ex-Girlfriend‘s Vella Lovell as a cynical social media manager). Like so many shows he’s in, Danson is the secret sauce that keeps it going. This isn’t surprising: Over literal decades of non-stop exposure on our television screens, he’s cultivated an infectious mixture of charm, irascibility, and whimsy in everything from sitcoms to procedurals to prestige dramas. He’s basically the Mr. Mayor of Television; Fey and Carlock simply handed him the official title.

Looking back, Danson technically got his start in 19 episodes of the 1970s medical soap The Doctors (and guest spots on shows ranging from Mrs. Columbo to Benson, not to mention the ’70s Amazing Spider-Man series). But it was Sam Malone on NBC’s Cheers that endeared millions to Danson’s chiseled jaw and straight talk. (Not to mention netting him two Emmys and as many Golden Globes in the process). In many ways, Sam is the prototypical Danson role, the one he’d spend a career playing variations on in sitcom after sitcom: the friendly macho guy who masks deep loneliness behind a veneer of no-bullshit swagger. He may smirk with every bon mot or witty joke he throws to Shelley Long’s Diane or Kirstie Alley’s Rebecca Howe, but Sam was a sex addict and a former alcoholic whose attempts to address those issues became some of the stronger episodes of the show’s later years. 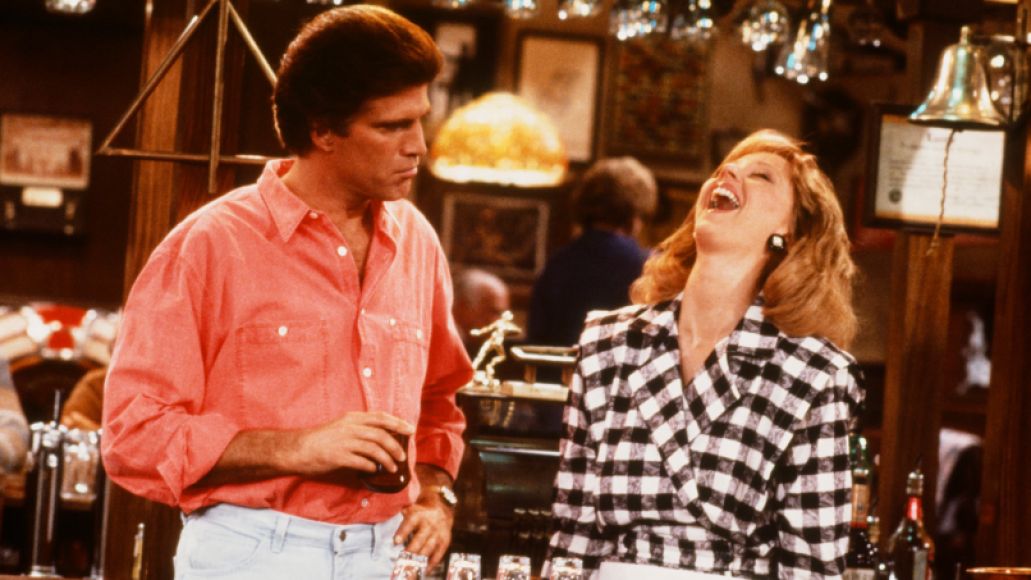 It’s interesting to go back and watch Sam now, with his casual womanizing and not-so-secret disdain for the women’s movement, and follow that thread to the Ted Danson we know now: the one who’s been happily married to Mary Steenburgen for decades and gets arrested alongside Jane Fonda at climate change protests. And yet, that feels extremely fitting for the roles Danson would come to play. He’s funny, but he also captures the regret of age, those sad eyes twinkling with lost potential even as he fluffs himself up with his own patented bluster. If comedy is tragedy plus time, Danson’s handsomely-worn age and capacity for pathos make him one of the funniest guys on TV.

You can see that trajectory of the angry, bitter guy who eventually gives way to an inescapable warmth throughout Danson’s career on TV. Take Becker, where Danson spent six seasons as the irascible Dr. John Becker, a cantankerous doctor in the Bronx who’s constantly fed up with the state of the borough and its oddball residents. And after that, he carried that over to the short-lived Help Me Help You, where he played a group therapist who — you guessed it — is an asshole because of his huge ego. And, of course, he’s spent a quarter of a century now tormenting poor Larry David on HBO’s Curb Your Enthusiasm, as a fictionalized version of himself who taunts Larry with his fame, money, and largesse. 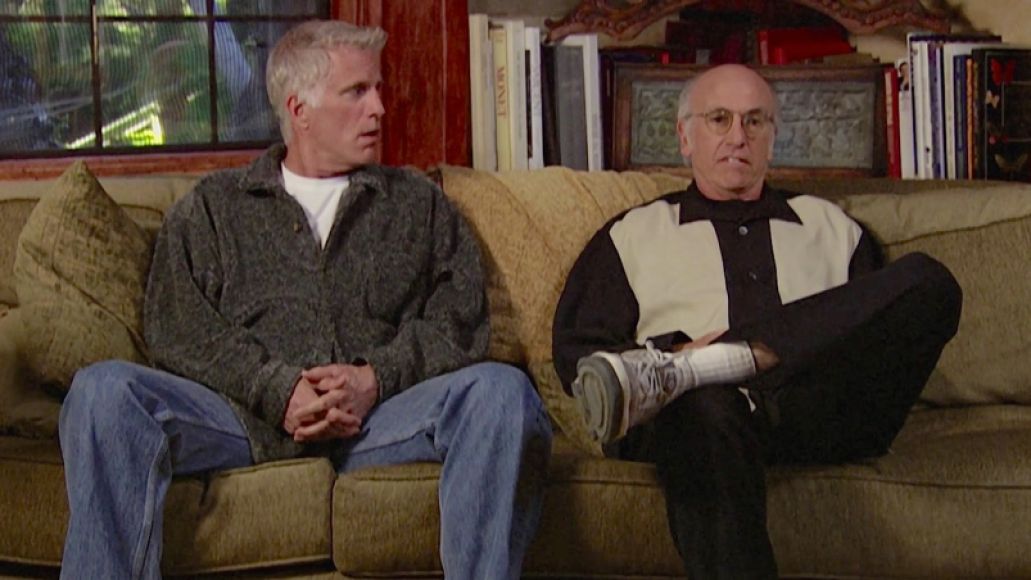 Of course, that tightrope act between the friendly bartender and stone-cold nemesis comes through in Danson’s frequent dips into the dramatic. He spent 23 episodes on FX’s Damages as an unscrupulous billionaire CEO named Arthur Frobisher, who similarly taunts and manipulates through that beaming, Cheshire-cat smile. That arrogance he’d fostered over years of playing sitcom assholes suddenly twists into sheer narcissistic calculation, and Danson plays it with razor-sharp precision. (And, of course, this would effectively usher in the era of Silver Fox Danson, his hair — or hairpieces, rather, given Danson’s openness about his male-pattern baldness — forming into the high-and-tight white business cut he’s enjoyed ever since.)

Danson has even tried his hand at the police procedural — it’s easy to forget that he was the lead on CSI: Crime Scene Investigation for four years, playing D.B. Russell, the sharp, grandfatherly son of hippies who takes over for Laurence Fishburne as the lead of the Las Vegas crime lab in the show’s twelfth season. (He carried over the character into the second and final season of Internet-based spinoff CSI: Cyber too, but who really remembers that?) It’s hardly high art, but it’s evidence of the man’s indelible range and longevity. 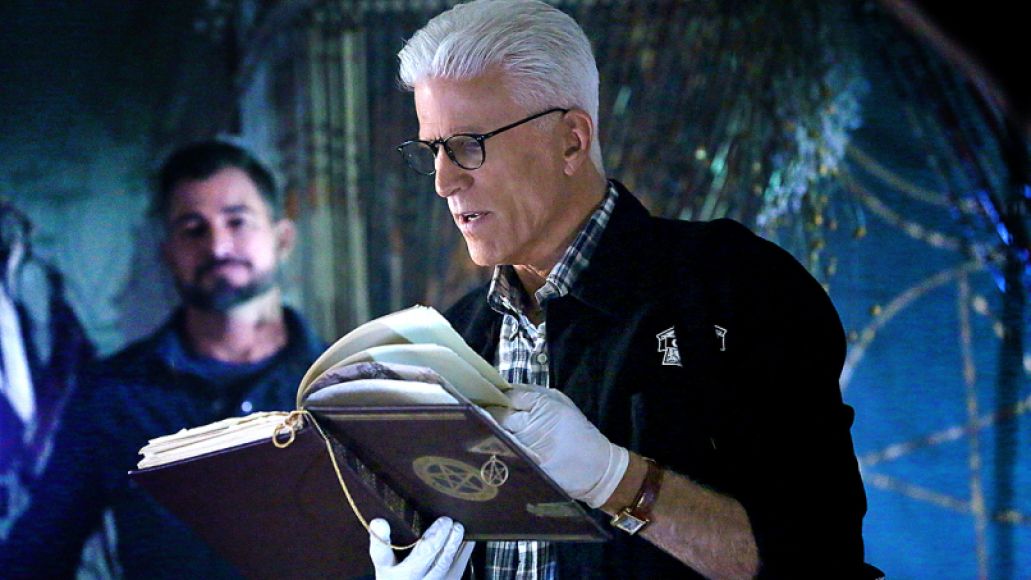 Unlike the bluster and cynicism of Cheers and Becker-era Danson, the 2010s saw him softening his on-screen persona to something more whimsical and curious, turning away from dressed-down, working-class cynics to whimsical elder statesmen in tailored suits. There’s HBO’s Bored to Death, of course, where he plays George Christopher, a rich socialite tired of the WASP scene who turns to Jason Schwartzman’s author-cum-private detective Jonathan Ames to chase his own privileged midlife crisis.

And we can’t forget Michael Schur’s incredible NBC sitcom/existential morality playThe Good Place. There, Danson plays Michael, a demon tasked with torturing souls in their own personalized versions of hell, who ends up transformed by his imperfect but inspiring subjects into someone who earns his own way into heaven. It’s that role that has really defined Danson’s current era of TV dominance, morphing the younger Danson’s machismo into a mercurial impishness. It’s honestly one of Danson’s most childlike turns to date, Michael manically fizzing with possibility one minute and curled up in an existential fetal ball the next. He’s spent decades playing the know-it-all, whether in the crime lab or behind the bar. With Michael, paradoxically an immortal creature with fearsome knowledge of the universe, Danson got to be more vulnerable than he’s ever been. 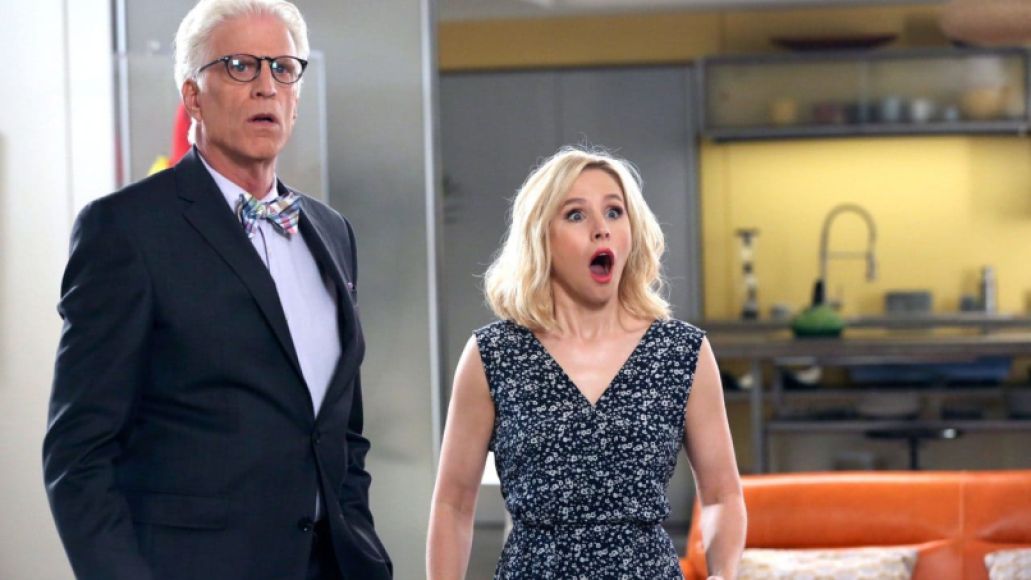 This brings us back to Mr. Mayor, a role that absolutely bounces off his potential energy on The Good Place. Like Michael, Mayor Bremer is doddering, flighty, prone to absurdities. Sure, he’s not a literal demon, but he does act as though he’s on another planet at times. He wants to solve LA’s problems but isn’t sure how to do it. Instead of solving the homelessness problem, he piggybacks off her teenage daughter’s school president run and proposes a plastic straw ban, or gets way too high off a weed gummy offered to him at the 10,000th dispensary he’s opened that day. There are plenty of opportunities for Danson to show off the bright-eyed goofiness he cultivated as Michael; we’ve just got to wait for Fey et al. to catch up to him.

What nearly 800 episodes of television over 40-some years of TV has shown us is that, for all of Danson’s workmanlike consistency, he’s also deeply cognizant of who he is, how he looks, and what he can play. There’s something deceptively complex in Danson’s ability to flit between bravado and vulnerability, humor and pathos, childlike whimsy and the wisdom of years. 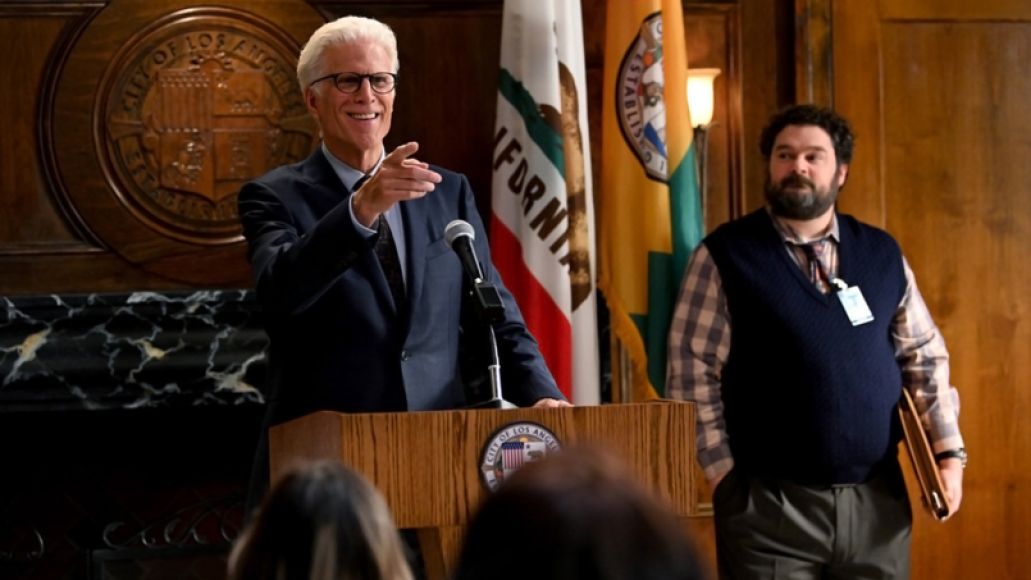 A character with the popularity and ubiquity of Sam Malone has the potential to pigeonhole you into a certain subtype of handsome, flawed leading man. But Danson refreshingly zigs where most careers zag, staying on the path of television relevance by playing characters who age along with him. There’s an effortlessness to his on-screen presentation that belies all the little, smart, naturalistic choices that make him feel vibrant and alive, whether he’s a realistically down-and-out bartender or a million-year-old hellbeast. And watching the growth of those roles — Danson continuing to calibrate the televisual shrug in one genre after another without skipping a beat — has been really exciting to see.

Time will tell whether Mr. Mayor is another Cheers for Danson, or if it’ll be a flash in the pan like so many other of his one-season wonders. (Lord knows the timing of the show’s release, in a week where a similarly unqualified government leader led a violent insurrection against his own Congress, is supremely poor.) But if Danson’s longevity in the television landscape tells us one thing, it’s that he basically can’t fail the shows he’s in. He can only be failed.

The Evolution of Ted Danson, Mr. Mayor of Television