Heavy music auteurs The Body are returning with a new album, I’ve Seen All I Need to See, on January 29th via Thrill Jockey. In advance of its release, the duo have just unveiled the LP’s latest single, “Tied Up and Locked In”.

The Body have always had a penchant for misanthropic song and album titles. The group’s deliberate choice of words aligns with a brutal brand of noise metal, and titles like that of 2016’s No One Deserves Happiness are rendered poignant in times like these.

“Tied Up and Locked In” in particular sounds like its title. The writhing screams of Chip King — The Body’s signature sonic identifier — and the pummeling assault of feedback and noise unleashed by Lee Buford send the band into power electronic/industrial territories. A blanketing dark ambience holds the piece together.

The Body have never been ones to create “calming” music, but their latest effort is setting up to be an intense affair. The album’s lead single, “A Lament”, is similarly brutal in its impressionistic use of Merzbow-esque industrial noise. If you’re looking to soundtrack our stark, post-modern reality, look no further.

Given their generally prolific pace, The Body didn’t let the pandemic slow down their output. The duo released collaborate albums with Uniform and MSC, as well as a split with sludge rockers Bummer. Buford also teamed up to form the supergroup Sightless Pit with members of Full of Hell and Lingua Ignota, releasing a debut album, Grave of a Dog.

Pre-order I’ve Seen All I Need to See via Thrill Jockey and Bandcamp. Listen to “Tied Up and Locked In” and check out the album art and tracklist below.

I’ve Seen All I Need to See Artwork: 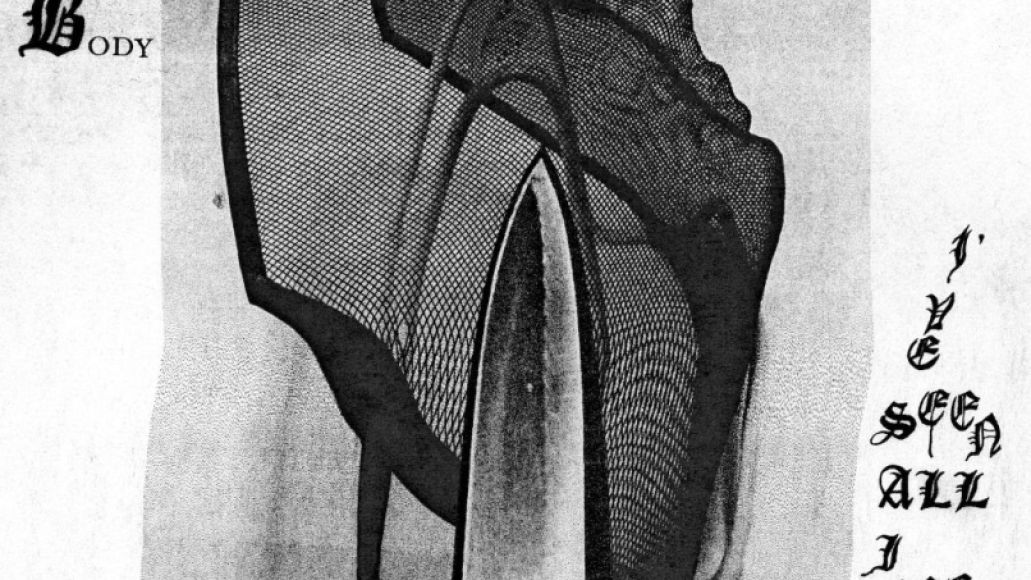 The Body Share New Song "Tied Up and Locked In" Ahead of Upcoming Album: Stream