The Lowdown: After celebrating a decade as a band last year, Cleveland-based rock stalwarts Cloud Nothings have kicked off 2021 by releasing their ninth studio album, The Shadow I Remember. The album’s release is significant because it marks the first time that the world has had wide access to the band’s new material since 2018’s Last Burning Building, as their interim albums (2020’s The Black Hole Understands and Life Is Only One Event) have been Bandcamp releases that could only be heard upon purchase. If that wasn’t enough of a reason to stir up excitement, The Shadow I Remember also sees Cloud Nothings reunite with celebrated producer Steve Albini of Electrical Audio almost a decade after they had previously collaborated on their album Attack on Memory. What resulted is a record that’s heartening, human, and sonically explosive. Particularly for those that didn’t catch the Bandcamp releases, The Shadow I Remember is an album well worth the wait.

The Good: The lyrics rank high among The Shadow I Remember’s highlights. Touching upon topics such as identity, the passage of time, doubt, and existential murkiness, Shadow… acts as the soundtrack to our thorniest of late-night thoughts. Generally, these are topics that tend to be presented complexly in lyrics, laced in metaphor and mystery. Cloud Nothings don’t take that route here. Rather, the lyrics seem like something that could be found in an average person’s journal or late-night, unfiltered text messages between close friends. This makes Shadow… a comforting listen. The topics the album covers are difficult and ones that we process and ponder constantly as we move through our lives. While it’s always soothing to see them reflected back in song, there’s something to be said about seeing them reflected back in the same kind of language that we digest and dissect them in. When a sudden bout of existential nagging decides to present itself while we’re brushing our teeth at night, we tend to not think about it in a long-winded manner — it’s usually short, sharp, and stinging. These are the core ingredients in The Shadow I Remember’s lyrics. From the burning repetition of the lines “Am I something?/ Do you see me?/ Does anybody living out there really need me?” that comprise the chorus of “Am I Something?” to the pained questioning of “Am I older now?/ Or am I just another age?” that hallmarks opener “Oslo”, the lyrics (enhanced by Dylan Baldi’s coarse delivery) feel raw, real, and deeply universal. Particularly after a year of global struggle, this component makes listening to The Shadow I Remember feel like a hand on the shoulder.

The Bad: Those who have shopped at Costco may be familiar with the sensation of being wooed by a free food sample, only for the product itself to be out of stock. It feels a little frustrating — you’ve had a good experience and wanted more, only for nothing more to be there in the end. Here lies the only downside to The Shadow I Remember: It’s filled with great musical moments that aren’t given the breathing room they deserve because they end before their time. We’re left with just a taste of what fuller versions of these moments could be and are left craving more when, well, there aren’t any. The tracks are all relatively brief, clocking in at just over three minutes in most cases. The only problem is that with each track being as loaded as it is with energy, spirit, and hooky riffs, it’s easy to wish that they were just slightly longer. For example, “Open Rain” is rounded out by a guitar solo that not only sounds solid, but feels like a natural release of the tension that had been building throughout the track. It’s an almost cathartic element that gets curtailed by the track’s abrupt ending shortly thereafter, leaving a feeling of incompleteness. Similarly, thanks to its guttural vocal delivery and sharp, fuzzy riffs, “Only Light” wields a raw power that feels like it itches to be explored for longer than two minutes and thirty-eight seconds. While there’s nothing wrong with keeping tracks to a shorter duration, in this case it feels like Cloud Nothings cut themselves short on continuing to build upon the momentum they had been picking up in certain moments. The Shadow I Remember offers no shortage of standout elements, and perhaps if some of these were delved into further, there could have been even more.

The Verdict: To call upon the infamous adage from This Is Spinal Tap, The Shadow I Remember sees Cloud Nothings “turn it up to eleven.” The album feels like that of a seasoned band, but its refined nature doesn’t sacrifice their signature sense of spunk — one of the key ingredients that has earned them legions of listeners over the course of the past decade. There was room to go a little bit bigger musically at times, but by introducing what could arguably be described as some of their most introspective lyrics to date into their rock and roll alchemy, Cloud Nothings delivered an album that totes an intriguing combination of coolness and comfort. This makes The Shadow I Remember an exciting venture for Cloud Nothings to begin their second decade with, and if it’s anything to go by, another successful 10 years are certainly in store.

Essential Tracks: “Only Light”, “Oslo”, and “Sound of Alarm”

Pick up a copy of The Shadow I Remember here…

The Shadow I Remember Artwork 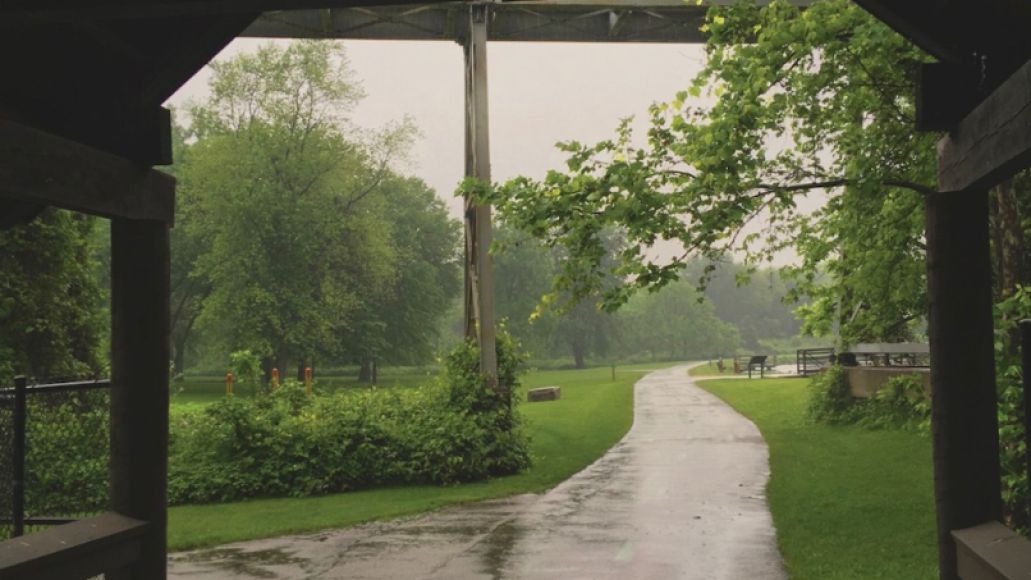 Cloud Nothings Return Lean and Introspective on The Shadow I Remember: Review