The Lowdown: Julien Baker has always performed raw, devastating rock music to confront her inner demons of mental illness, addiction, and insecurity, but the final track on her sophomore record, 2017’s Turn Out the Lights, implied a slight trajectory upwards. After spending the spacious record outlining her faults and anxieties, pleading with God to rewire her brain, she began to accept her circumstances on the final track, “Claws in Your Back”. “I think I can love the sickness you made/ ‘Cause I take it all back, I changed my mind/ I wanted to stay,” she sang, holding out that last word until it found its home inside of her.

Learning to accept yourself as you are does not immediately push your pitfalls into the past, nor does it prevent new inner obstacles from showing up. After Turn Out the Lights gained worldwide praise, Baker toured extensively and, in 2018, put out an acclaimed EP as one-third of supergroup boygenius, which includes her fellow introspective indie rockers Phoebe Bridgers and Lucy Dacus. The following year, Baker looked back on her six years of sobriety in a GQ piece about the creative processes of sober musicians. “Yeah, that was ill-timed,” the now 25-year-old Tennessean told Rolling Stone this year, implying that, at some point in 2019, she relapsed. After spending years personally and publicly defining herself as sober and straight-edge, she had to reconsider her identity outside of her public persona, as well as herself as an adult, a friend, and a Christian. “I don’t want to construct a narrative of this sort of oscillating prodigal redemption,” she said in the same interview.

Baker canceled her tour dates and returned to Middle Tennessee State University, where she first recorded her 2015 debut LP, Sprained Ankle, to finish her final semester. In that time, she gained new perspectives and a full-band sound that would become the material for her third album, Little Oblivions. In her first line of the album, she offers an update and asks a new question: “Blacked out on a weekday; is there something that I’m trying to avoid?” Throughout Little Oblivions, she tries to find out.

The Good: In the past, Baker has served striking, self-aware lyrics with astonishingly raw vocals, both of which she’d deliver through the gentle vehicles of guitar and piano. Starting with Little Oblivions’ first track, “Hardline”, she transforms the notion that expressions of vulnerability need to sound soft and fragile. The track is about powerlessness and the unrealistic expectations we set for ourselves, and its soundscape is as bombarding and overwhelming as Baker’s confusion and the dark bars she finds herself in. As soon as she sings, “I can see where this is going, but I can’t find the brakes,” “Hardline” fittingly spirals out of control, as organ synths, percussion, and electric guitar collide in a blur. Emotions and impulses weigh so much more in the moment, so Baker’s instrumentation sounds intentionally heavy and present. Apart from its spare, piano-based “Song in E”, Little Oblivions is the most pop-leaning Baker has sounded, and also references her earlier days in her punk band Forrister. The newly turned-up volume and heavier instrumentals of synths, bass, and drum programming still never drown out Baker’s tender vocals, which are consistently unexpected and innovative. On “Crying Wolf”, she howls and wails like the song’s subject would, only to descend into a rumbling growl within the same chorus.

Lyrically, Little Oblivions delves into Baker’s psyche more than ever. Rather than reflect on the past, she actively questions her fate. Many people in their early 20s experience imposter syndrome, very often through career successes that they assume they never earned. The imposter syndrome Baker seems to experience, however, applies to her own survival. “Nobody deserves a second chance, but honey, I keep getting them,” Baker regretfully muses on “Ringside.” So much of her adult life has centered on being a good person and a good Christian, leading her to create unrealistically high expectations for herself. “I’ve got no business praying, I’m finished being good/ Now I can finally be okay in not the way I thought I should,” Baker decides on “Relative Fiction”, one of the rare conclusions she makes on the record.

Another theme in Little Oblivions is the threat Baker’s decisions have on her relationships with the outside world. Sometimes her selfishness scares her. On “Heatwave”, the musician describes an engine fire that makes it into the Sunday newspaper, but the disaster only leads her to have a “shuddering thought: ‘This was gonna make me late to work.’” She either apologizes profusely or avoids saying sorry at all, knowing she will do the same hurtful things again. She pushes people away and discourages their help, reasoning on “Ringside” that “You could either watch me drown, or try to save me while I drag you down/ I wanna fix it, but I don’t know how/ It isn’t fair to make you wait around while all your friends are goin’ out.” On “Favor”, Baker reunites with Bridgers and Dacus. The trio’s lovely merging vocals are reminiscent of boygenius’ most heavenly harmonies, but they almost make you mistrust Baker as a narrator of her relationships. “I used to think about myself like I was a talented liar/ Turns out that all my friends were trying to do me a favor,” Baker dimly sings before Bridgers and Dacus chime in. It’s clearly a one-sided perspective on complicated relationships. With Dacus and Bridgers physically joining her on the track, you can’t shake the feeling that Baker’s friends continue to be there for her, no matter what she has done.

The Bad: While each of Little Oblivions’ first eight tracks feel distinct, some of the album’s latter moments tend to blend into each other. This could be a technique on Baker’s part. As she spirals into oblivion, her songs get just as foggy. “Repeat” and “Highlight Reel” both serve similar purposes, emphasizing the way the world blurs past us when we’re feeling particularly lost.

The Verdict: Unlike what she did on her previous albums, Julien Baker does not conclude anything in particular on the last track of Little Oblivions, “Ziptie”. She ends the record the same way she begins it, with a question: “Good God, when’re you gonna call it off, climb down off the cross, and change your mind?” If there’s anything Baker learned over the past couple of years, it’s that there are no easy answers for why we’re alive and how we’re supposed to handle living. Little Oblivions does not uncover any secrets toward forgiveness or redemption, but despite having endless questions, Baker never sounds hopeless. It takes a few listens to realize that the musician’s path to understanding her survival and second chances are in her music itself. Maybe she can’t explain or accept why she is alive right now, but she makes the most out of it by making sense of it. “I try to express I can’t understand/ I beat at the keys, I bloody my hands till you hear me,” she sings on “Relative Fiction”. What Baker is beginning to grasp is that she might never understand, but on Little Oblivions, we certainly hear her.

Pick up a copy of Little Oblivions here… 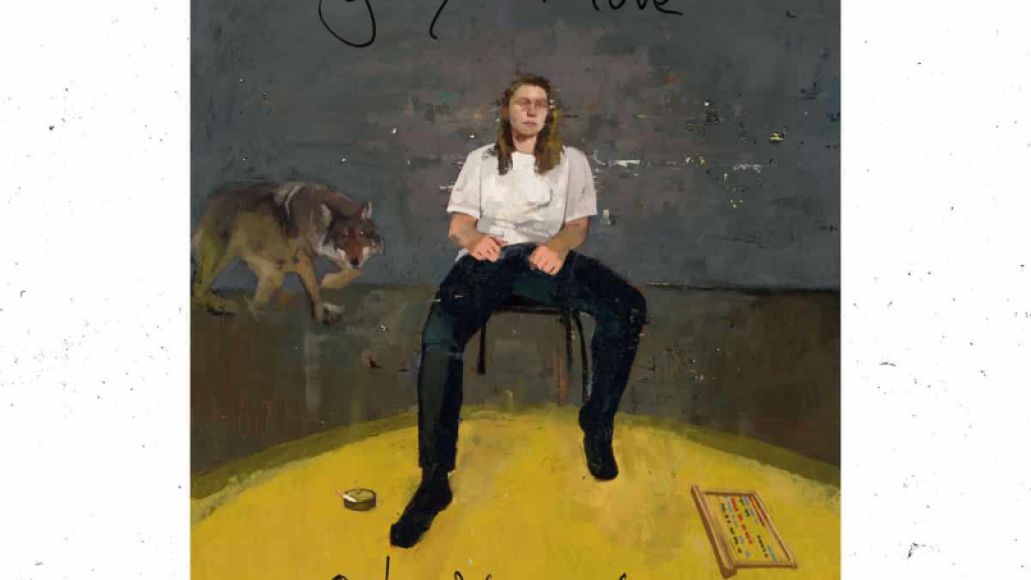