The Lowdown: Katy Kirby grew up in Texas, where she started singing in church and was heavily influenced for a long time by the evangelical pop that surrounded her. It’s not immediately audible on her debut album, Cool Dry Place, which marks Kirby’s first major entrance into the music world. One doesn’t listen to this album and immediately think of church pop music, but part of what makes Cool Dry Place unique is the art and meaning it is able to illuminate within things that are not instantly apparent. Each song contains some kind of playful twist of the knife — in the layered lyrics or in the always-shifting sounds built up around them — to keep the listener on their toes and to keep the album feeling like it values surprise without being fully reliant upon it.

The Good: “I’m an alternate universe in Target lingerie/ You’re a country song in three-four time.” This intriguing pairing is the setup to “Portals” and a stellar example of how the lyrics across this entire album, like in any good writing, feel both totally unlikely and inevitable. Kirby draws together vengeful gods, beautiful natural imagery, and concerns surrounding religion and relationship with expertly specific images. Another perfect lyrical moment comes on the clean, glimmering indie rock track “Juniper” in the lines “True blue juniper/ She’s a stormfront with a vicious curve/ The difference between lightning, rain, and thunder.”

The buoyant “Tap Twice” shows us what a moment of quiet, if troubled, intimacy can look like — “I tap twice on your doorframe, and you let me in/ I tap twice on your forehead, and a heart appears” — but the angry moments on Cool Dry Place feel intimate, too, in their own way. “Traffic!” is one such moment, with a chorus that rises cheerfully into its twin admonishments — “Nobody has it better than you/ Nobody got there faster than you” — and a choral background that rises to buffet the words, “It’s easy for you to say.” This is one of the most outright accusatory moments of the album, but Kirby’s delivery also feels joy-infused, and it’s one of the places on the album where her background in church music feels most tangible.

Melodically, one of the album’s greatest strengths is that it’s unafraid to dip back and forth widely and quickly between moments of quiet isolation, or even silence, and bursts of energy, which manifest sometimes as sudden hype lifts of pop and at others as angry, atmospheric rock. Kirby’s sound is also full of flourishes, like the suddenly whimsical tilt to the “It never leaves” line in “Juniper”, which in an instant effortlessly lifts the song into a new inflection not previously revealed. The luscious, mournful lullaby “Secret Language” builds itself from an early conceit, unspooling from a line borrowed from “Hallelujah” — “I heard there was a secret chord/ That David played, that David played” — but it quickly builds up its own soft architecture around the tune. The song settles down into a pattern of things heard — “I heard there was a secret war,” “I heard that you had given up” — maneuvering softly around the shared secret language at the center of itself while steady drumbeats fall like understated droplets in the background.

Arlo Parks’ Collapsed in Sunbeams Is Both Intimate and Expansive: Review

The Bad: Uncertainty permeates the last few songs, where a searching, questioning nature rises to the surface. “Portals” and “Cool Dry Place” are full of questions — “Will we be stronger than we were before?”, “Can I come over?/ Is it too late?” — that it feels like the album doesn’t quite resolve. “Fireman” finishes the album on the note of a fragmented and inconsistent relationship. At nine tracks long, the record is on the spare side, and that brevity combined with these lingering themes of uncertainty may be why Cool Dry Place leaves the listener wanting just a bit more.

The Verdict: As a debut release, Cool Dry Place is remarkable. Katy Kirby has crafted a series of captivating indie rock-pop tracks, all centered around a voice with clarity reminiscent of Sylvan Esso or Haley Heynderickx, but swift and whimsical movements that feel all Kirby’s own. She doesn’t miss a beat in any of these folksy, pop-informed songs, maneuvering between swimmy, downtempo moments like “Fireman” and the self-confident beats of songs like “Peppermint”, never once relinquishing the air of delicacy that feels like the album’s central support system. Cool Dry Place may be the first time Kirby has shared some of her secret language with us, but she already seems like an artist poised to keep surprising us again and again.

Pick up a copy of Cool Dry Place here… 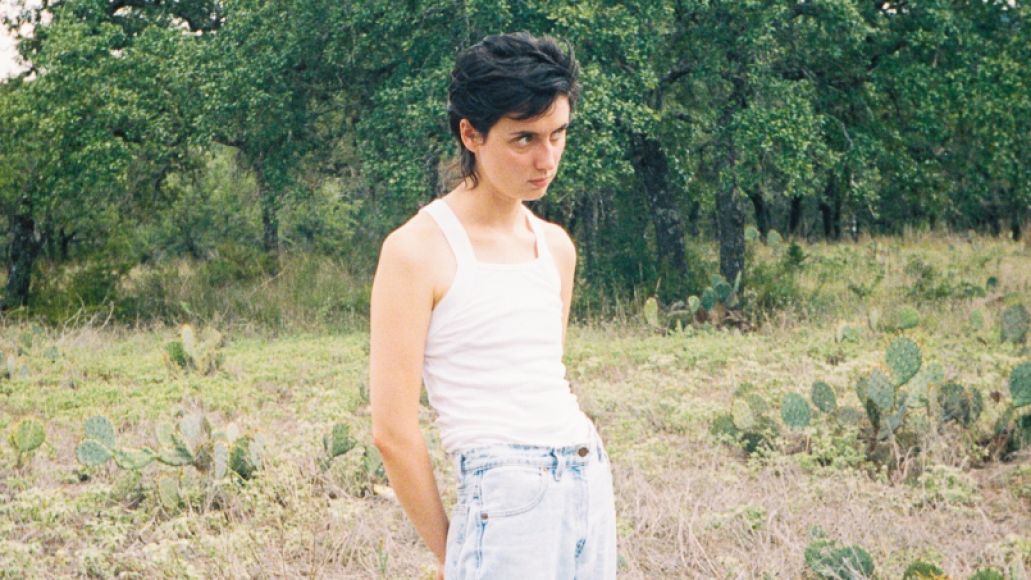