Blondie have announced a new graphic novel called Against the Odds. It’s a collaboration with Z2 Comics that will illustrate the story of the iconic new-wave band’s rise in the New York art and fashion world.

The book is Blondie’s first foray into the world of comics, but they’re the only newbies involved with the project. Against the Odds was illustrated by the acclaimed comic book artist John McCrea, and it was co-written by Amanda Conner and Jimmy Palmiotti — the duo who penned DC Comics’ relaunch of Harley Quinn.

With vivid color, the book will chronicle the band’s come-up in Manhattan’s notorious punk and art world of the 1970s. Conner was actually there, watching Blondie at clubs like CBGB’s and Max’s Kansas City and rubbing shoulders with the likes of Andy Warhol and David Bowie, so her first-hand experience with the scene that Blondie came from will surely give the comic an authentic character.

“When I was a growing up (and still pretty much, to this day), a few of the things I loved were music, comic book heroes, ultra-cool style, and a wicked, wild, and weird sense of humor,” Conner said in a statement. “Blondie embodies all those things, and when I listen to their music, I can’t not dance.”

“Or if I have to sit and work for long hours, I can’t not at least bounce and bop along in my seat,” she adds. “As a teenager, Debbie Harry was one of the super-heroes I wanted to grow up to be. In fact, I still wanna grow up to be her.”

Palmiotti, who happens to be Conner’s husband, also lived through that era and continues to maintain a special connection with Blondie and the world they spearheaded.

“I think it would be impossible to give Blondie and the downtown New York music scene the proper respect and visceral representation it deserves if I didn’t live through it,” Palmiotti said. “My life was comic books and music and there was no more exciting time in my life than when Blondie hit the music scene.”

The book is slated for a Fall 2021 release, and pre-orders are live on the Z2 Comics website. The prices range from $25 for a softcover copy to $500 (!) for the “Super Deluxe Edition”, which comes packaged with an upcoming Blondie box set and a boatload of exclusive prints and postcards. 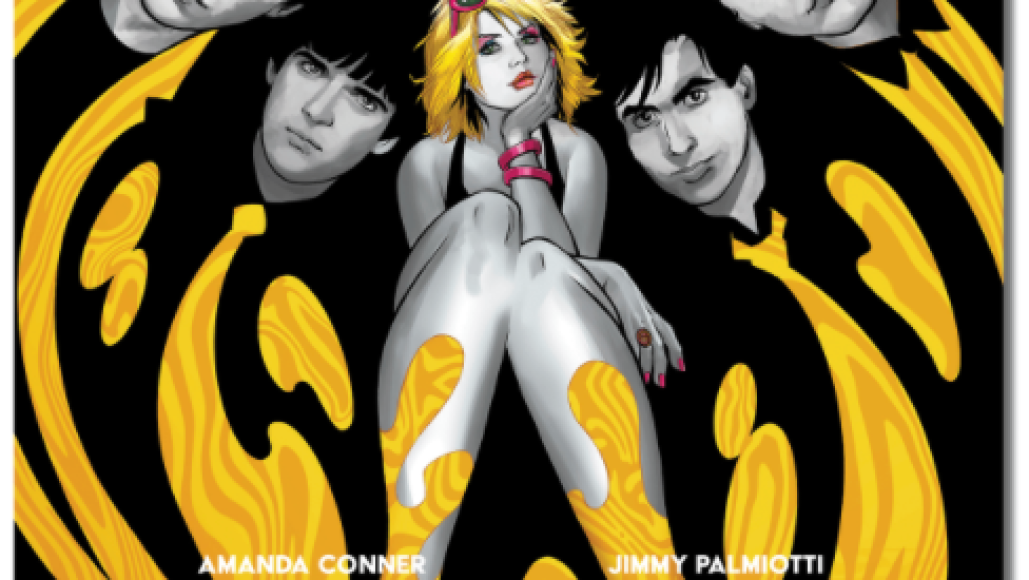