Dropkick Murphys have long made a tradition out of performing on St. Patrick’s Day. Like they did in 2020, the Massachusetts-based Celtic punkers will celebrate this year’s holiday with a livestream concert.

Last year, Dropkick Murphys were set to play a weeklong run of shows in and around Boston to celebrate St. Patrick’s Day, but those plans were scuttled due to the pandemic. Instead, they performed a livestream show dubbed “Streaming Up from Boston”. A couple months later, the band took over an empty Fenway Park for an epic livestream concert that featured a guest appearance by Bruce Springsteen.

Now, with the pandemic still upon us, Dropkick Murphys will again deliver a virtual experience for St. Patrick’s Day, with a livestream show called “Still Locked Down”. The stream will be available for free at 7:00 p.m. ET / 4:00 p.m. PT on March 17th, with fans being asked to donate what they can to support the band and their crew.

“Instead of charging for tickets, we’re going to ‘pass the virtual hat’ so you can donate what you’d like to help support us in our efforts to keep paying our employees,” said Dropkick Murphys co-vocalist Ken Casey. “When we did the first two free live streams for charity, our fans were super generous and we raised lots of money for good causes. But frankly, we’ve been out of work for over a year, so this one, we’ve gotta make about us. Of course, a portion will also go to charity, as always!”

The show will be streamed from an arena-sized stage with a full LED backdrop, and directed by Josh Adams, who has worked with Dropkick Murphys and Foo Fighters in the past.

The stream and more info is available at this location, where fans can make donations in advance. Those who make donations before and during the show will see their names scrolling on a ticker during the livestream.

In addition to the stream, Dropkick Murphys plan to reveal details on their new album shortly. Stay tuned for an official announcement. 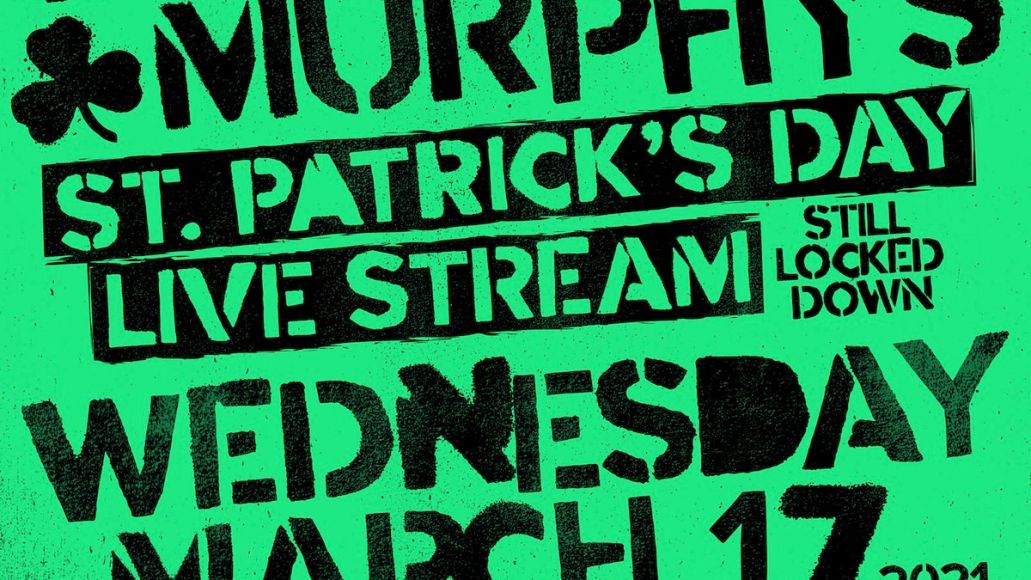