The Pitch: Recorded in 1939, Billie Holiday’s “Strange Fruit” brought attention to the atrocious practice of lynching, specifically in America’s southernmost states. Its lyrics were created as a response to an infamous, horrific photo of a lynching taken by photographer Lawrence Beitler almost 10 years prior. It’s a magnificent song concentrated on an ugly truth. In some ways, Holiday’s life was similar — all her outer beauty paling in comparison to the pain and suffering that existed beneath the surface of her life.

Directed by Lee Daniels and written by Suzan-Lori Parks, The United States vs. Billie Holiday focuses on the final decade of the jazz singer’s life — specifically, 1947 to 1959. Based on a chapter of Johan Hari’s 2015 book, Chasing the Scream: The First and Last Days of the War on Drugs, the film focuses on Holiday’s battle with addiction, abuse, and harassment from the federal government. At the center of it all is a fierce performance from Andra Day, who breathes life into the late legend for her film debut.

Flaws and All: Holiday’s emotional transparency is why so many people gravitated to her. What The United States vs. Billie Holiday captures so well is her painful reality masked by a persuasive toughness that few people possess. Her addictions may have been a byproduct of a turbulent childhood, but it was this same, unstable past that contributed to her creative genius.

Unlike her contemporaries, though, Holiday was raw and unapologetic, finding comfort in breaking away from social norms. Day powerfully portrays Holiday’s infamous, no-nonsense personality while still exuding the emotional vulnerability that allowed her to be loved by many but exploited by so many others. It’s a performance that’s both heartbreaking and harrowing. 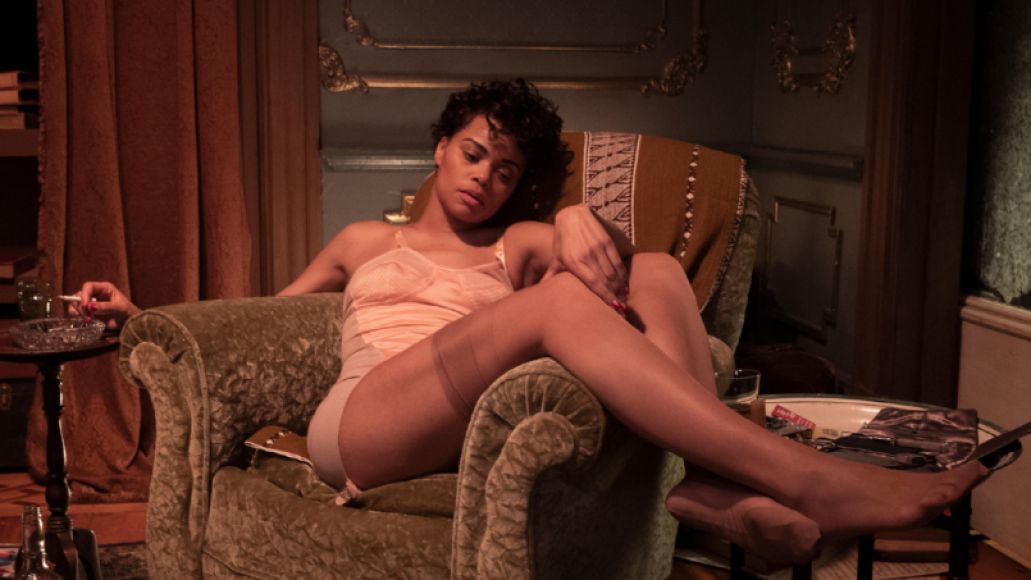 History in Motion: The film’s opening scene takes place in 1957 with Holiday being interviewed by Reginald Lord Devine (Leslie Jordan). Throughout the conversation, he struggles to pull certain information from the singer, but the session eventually gives her cause to reflect on her life and the connection she has to her most recognizable song, “Strange Fruit”.

This allows the film to dial back to 1947, which marked the beginning of a string of legal issues for Holiday. In May of that year, Lady Day was arrested and convicted for drug possession at the peak of her commercial success. Spearheaded by the Federal Bureau of Narcotics, Holiday’s conviction wasn’t based so much on her habit as it was on her refusal to stop performing “Strange Fruit”. 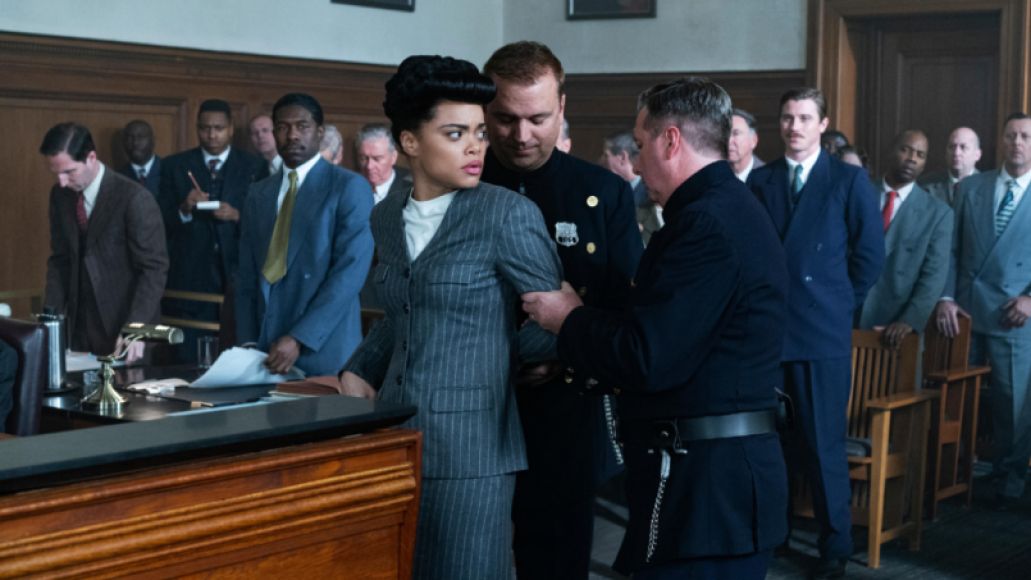 As shown in recent films such as MLK/FBI and Judas and the Black Messiah, the government infiltration of African-American activists was a frequent occurrence all through American history. As we witness here, Holiday’s protest through her art added even more pressure to her psyche, in addition to a number of other external factors that unfold throughout the film.

The mistreatment of her body by her mother and caregiver during childhood. The emotional abuse she suffered as a result of aligning herself with undesirable lovers. The mental anguish Holiday was subjected to in a white male-dominated industry. While these can all be detrimental to one’s character, it allowed her to provide the emotional content needed to make “Strange Fruit” more than just a song; but a loud cry that forces its listeners to confront the brutality of racism. 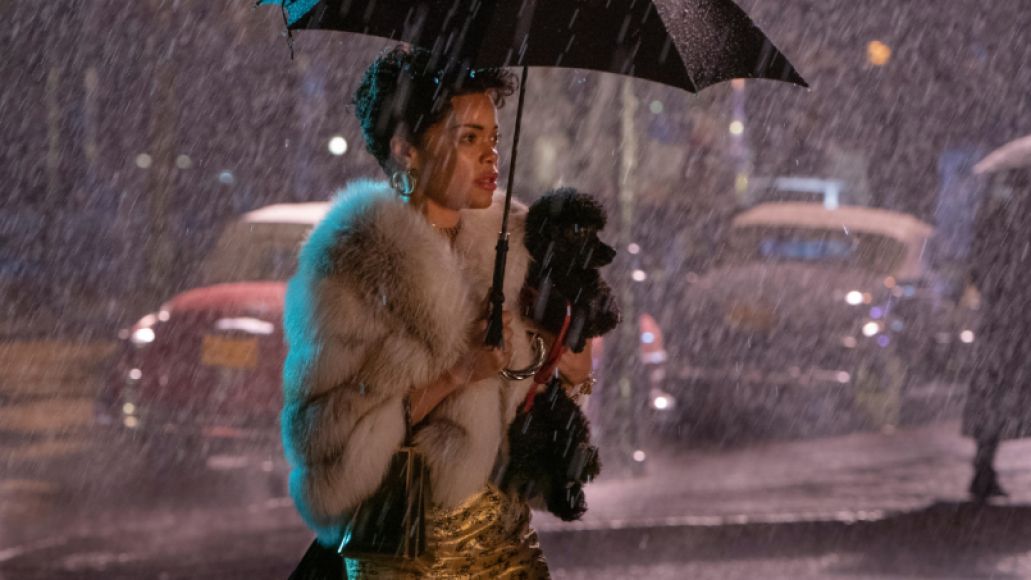 Taking The Good With The Bad: While “Strange Fruit” is viewed as Holiday’s crowning achievement, it also proved extremely costly throughout her career. The FBI’s attempts to weaken her influence were aided by her addiction, controversial performances of the song, and common misperceptions of jazz (considered “the devil’s music” by some), all of which made her a danger in the eyes of Harry J. Anslinger and prompted constant harassment from authorities and the threat of financial loss. These elements drove her into bouts of depression, as well as relapsing back to the drug she swore to never use again.

The vicious cycle that Holiday fell into is one of the things that Daniels gets right here. At times, her errant decisions seemed less impulsive, and came across as predetermined. Her opiate dependency and abusive relationships, although emotionally draining, served as fuel for her as an artist. Even in her connection with agent Jimmy Fletcher (Trevante Rhodes), she found solace in the man that initially betrayed her. It’s as if the true persona of Holiday couldn’t have existed without turmoil — and Holiday knew that.

The Verdict: Andra Day’s Golden Globe-nominated portrayal of Billie Holiday elevates this film and allows us to overlook some of its shortcomings. Her onstage presence is absolutely undeniable. However, Daniels’ interpretation of the singer’s final years fails to fully explore key aspects of Holiday’s life that informed who she was beyond her addiction and activism. Because of this, the film manages to tell only a portion of an important American story, which leaves viewers not quite fully satisfied.

Where’s It Streaming? The United States vs. Billie Holiday is now on Hulu.