The Pitch: A mysterious, silent drifter (Nicolas Cage) breaks his pristine Camaro outside a dusty town in the middle of nowhere. The tires are slashed by a mysterious spike strip left by the town’s weary sheriff (Beth Grant); but no matter, the locals will fix him up and send him on his way. That is, if he can pay off his debts in a most unusual way — head into the abandoned Chuck E. Cheese knockoff of the film’s title and clean it from stem to stern.

For that small bit of janitorial duty, the drifter’s Camaro will get fixed up free of charge. There’s just one small problem: the animatronic mascots of Willy’s Wonderland just so happen to be possessed by Satanic serial killers, who transferred their souls to the grotesque robots and demand regular feedings from unsuspecting out-of-towners. But tonight, they might have finally met their (Cage) match.

Five Nights at Fr-eh-ddy’s: Willy’s Wonderland feels like a movie made on a dare, one made over a weekend bender spent watching Mandy, playing Five Nights at Freddy’s, and downing one too many Jolt Colas (a similar beverage Cage’s janitor sucks down so frequently throughout the film it’d rival Trump’s Diet Coke habit). The problem is, the end product stops and starts at that flimsy elevator pitch. Nothing about G.O. Parsons’ script or Kevin Lewis’ direction make it seem like any more thought was put into the filmmaking than the Funny or Die video it so clearly wants to be. The horror-comedy vibe just doesn’t work. The scares aren’t scary. The jokes aren’t funny. The action itself is doubly disappointing, as poorly choreographed as it is incomprehensibly filmed. Get ready for a lot of jittery, poorly-lit melees in hallways and bathrooms, splashes of neon light and low shutter speeds trying gamely to mask how bad everything looks. 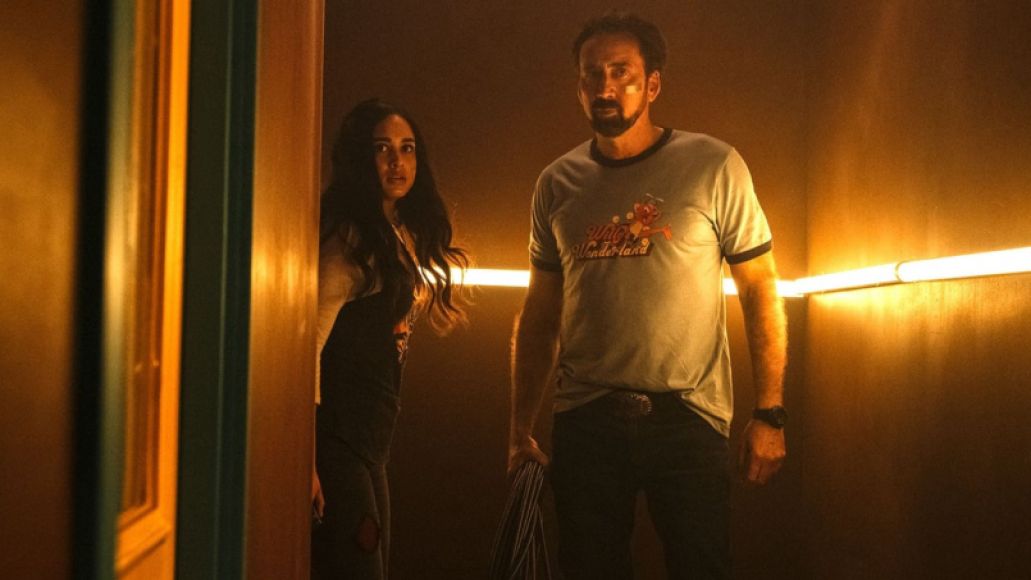 Cage On His Leash: God bless Nicolas Cage, an actor as ridiculous as he is completely self-aware of his memetic status (and, as the last couple of decades have indicated, desperate for money). It’s a shame, then, that his recent resurgence in actually-interesting projects like Mandy, Color Out of Space or Mom and Dad is still studded with complete wastes of time like this. The worst kinds of Cage movies are the ones that keep him on a leash, that think his best feature is his glowering stare and not his patented Cage Rage. Granted, there are glimmers of that in his janitor from time to time, especially the moments where he breaks out of the aggravating Clint Eastwood routine to really go HAM on a fluffy opponent, whether stuffing a plunger into an animatronic gorilla’s face or wasting two supernatural beasties to a goofy cover of “Head, Shoulders, Knees, and Toes”.

But the silent act does Cage few favors; it’s a baffling choice to get Nic Cage and give him zero opportunities to shout obscenities or make a meal out of whatever ridiculous lines he’s been given. Though given the caliber of the dialogue Parsons gives the rest of the film’s floundering cast, Cage might just have insisted on chucking them and going mute anyways. (Sure makes it easier to do the gig and move on to the next one.) It’s disappointing whenever Cage slums it, not even trying to elevate the terrible material around him with his signature commitment; flawed as it was, last week’s Prisoners of the Ghostland at least knew the meme they were playing into and did something with it. This just feels like Cage doing his own awful Mandy cosplay, and it turns the stomach. 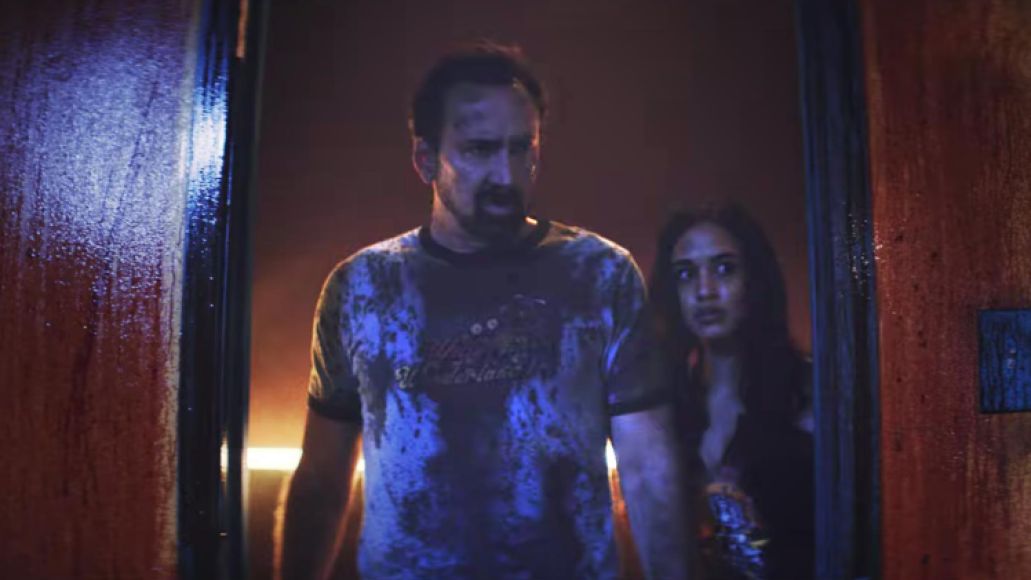 Running Out of Juice: It doesn’t help, of course, that what little entertainment value Cage can eke out of his scenes shrinks from the room as soon as Lewis cuts away from him to the rest of our cast of characters. You see, since Cage has no lines and is basically by himself for most of the film, we’ve got to follow a group of stereotypical horror-film teens right out of a Friday the 13th sequel (and not one of the good ones). These are the kids for whom the self-awareness of Scream is a distant memory, as they split neatly into horror-film archetypes (the constipated Final Girl, the sassy Black friend, the horny teens who take time out of a scary situation to knock boots) only to be offed one by one. To their credit, that 40 minutes after the premise is painstakingly set up is the film’s strongest, but that’s not saying much. Forget Cage; Willy’s Wonderland gets a bad performance out of Beth Grant, a feat I thought was metaphysically impossible.

The Verdict: Literally every ounce of entertainment value you can get out of Willy’s Wonderland comes from thinking about the premise itself: What if Nic Cage fought demonic versions of the mascots from Chuck E. Cheese? But the budget and the talent around Cage just wasn’t there, which robs Willy’s Wonderland of even the dumb, modest thrills promised on the packaging. And what’s worse, even Cage is totally checked out, which just deflates a potentially-goofy blast from schlocky to schlubby.

Where’s It Playing? Willy’s Wonderland promises fun but leaves you with disappointing pizza and bickering relatives on VOD.