Four months after Leonard Cohen’s passing in 2016, First Aid Kit put on a two-night event honoring the late folk poet at Stockholm’s Royal Dramatic Theater. Now, those March 2017 concerts are being presented as a live tribute album called Who by Fire.

Due out March 26th via Sony Sweden/Columbia Records, Who by Fire captures 20 of the songs First Aid Kit performed four years ago. The siblings were joined by a number of fellow Swedish musicians (Loney Dear, Jesper Lindell, Maja Francis), a pair of acclaimed actresses (Maia Hansson Bergqvist of The Girl with the Dragon Tattoo and Nina Zanjani), an eight-piece band with string section, and a 20-person choir.

Speaking in a press release about why they’ve decided to release this tribute LP now, First Aid Kit’s Johanna and Klara Söderberg said,

“We recently listened back to this concert and realized that this was something out of the ordinary for us. It was a challenge to create a performance that wasn’t centered around First Aid Kit songs. It was something we’d never done before, but everything came together so well. Dwelling deeply into Cohen’s world was a pleasure, he was so prolific as both a poet and a songwriter, and everything he ever put out held a very strong standard. He cared immensely for his work. The band, the guest artists, the atmosphere on stage… everyone had a great passion and it felt magical. This is definitely a record that is best enjoyed listening to back-to-back with no interruptions. Allow yourself to just disappear into Cohen’s world for a little while.

We decided not to edit any of the performances. The flaws are part of the live experience. In a time when you sadly can’t go to an actual physical live show, you can listen to this and imagine you were there…”

Why Leonard Cohen Was Our Man

At the time of Cohen’s death, the sisters noted, “If you ever put a guitar in our hands and ask us to sing, we will always play ‘Suzanne.’ When we heard it for the first time we were transfixed. ‘How does one do that?’ we thought. ‘How does one write like that?’ One doesn’t, we suppose, only Leonard Cohen does.” It’s fitting, then, that the first taste of Who by Fire comes with their rendition of “Suzanne”. Stream the track ahead, followed by the album artwork and tracklist.

Who by Fire will be released on CD and as a double deluxe, limited edition opaque blue vinyl. Available only via First Aid Kit’s website, the first 2,000 copies of the LP will be signed by the band. You can also pre-save the tribute album on your preferred streaming platform here.

Who by Fire Artwork: 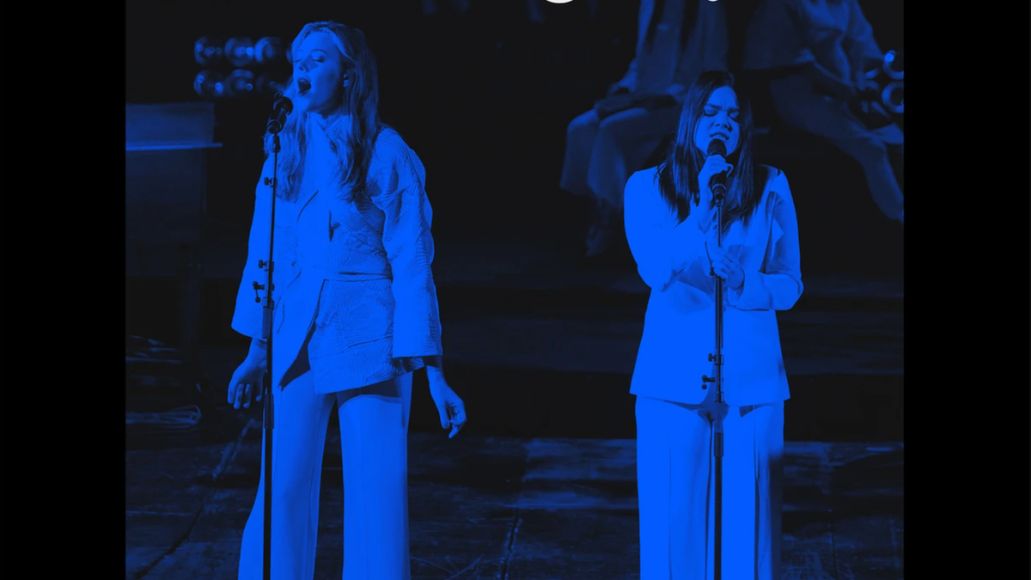 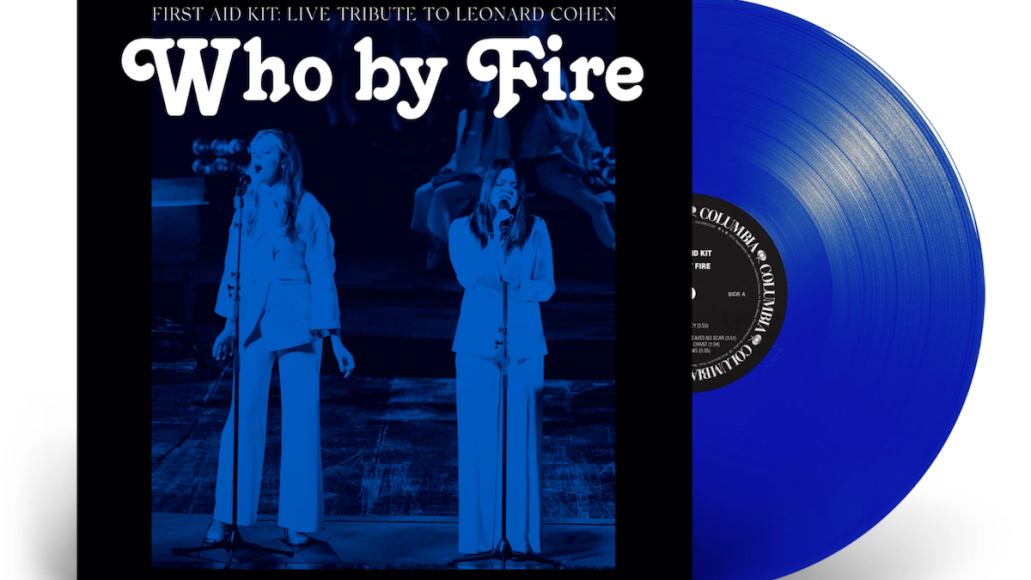