Our Track by Track feature asks an artist to guide listeners through the stories behind each song on their new album. Today, Indigo Sparke breaks down her debut, Echo.

Sydney-born indie folk singer-songwriter Indigo Sparke arrives in full today with the release of her debut album, Echo. Stream the nine-track effort below via Apple Music or Spotify.

Out via Sacred Bones, Echo was co-produced by Sparke herself alongside Big Thief’s Adrianne Lenker and Andrew Sarlo. Nick Hakim and Big Thief’s James Krivchenia also make appearances on the record, providing the instrumental groundwork for Sparke’s deeply personal lyrics that focus on “the spaces between the polarity of softness and grit.”

“When writing and recording the record, I wondered how it would all come together,” Sparke explained. “I felt like I was standing back in the desert, looking up at the blue night sky, wondering how all the stars would connect. I think sometimes it’s the dark matter or void space between them, that holds it all together. This record is an ode to death and decay. And the restlessness I feel to belong to something greater. Adrianne and I talked so much about keeping the record stripped back and simple, that is, we are all just constantly getting stripped back and humbled by life.”

Stream Echo below, and read Indigo Sparke’s complete Track by Track breakdown of the album. You can also pre-order it physically and digitally here.

“Undone”:
The intensity of love, the trauma, the trigger, the bruise, the break, the tear, the taste, the moon, the eye, the questioning, the magic, the poison, breathless, her lips, the rapture, the rupture, desperate, sick with desire. A merging of worlds. Endless in open space.

“Bad Dreams”:
This is digging for hope and strength in a nightmare, a battlefield, a war, a glass house. 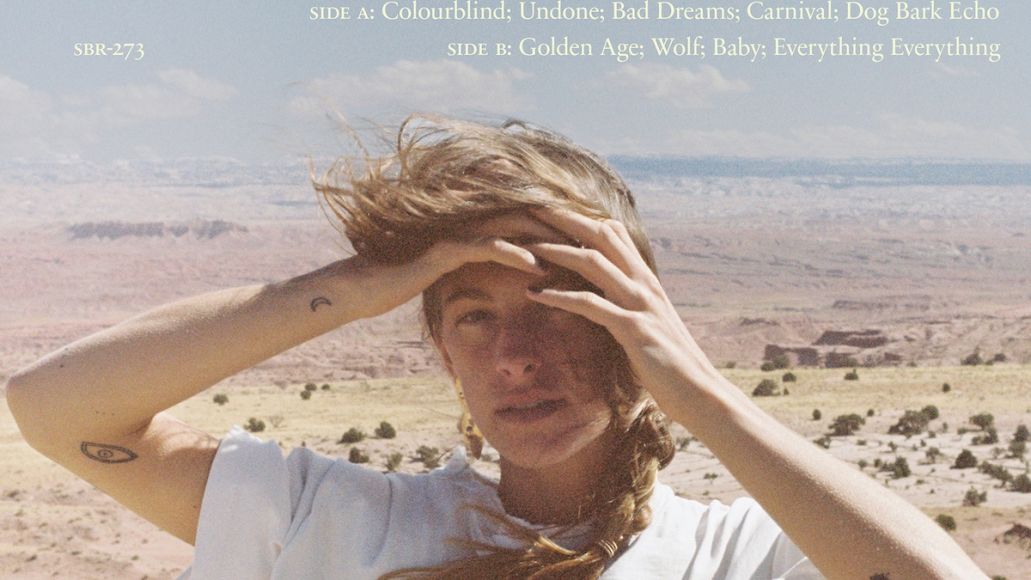 “Carnival”:
This is a prayer in the wind, in the winding river of the cosmos. It’s so much. It’s wanting to be loved. It’s wanting to heal. It’s wanting to understand history. The history of women. Of all the beautiful innocent children tucked away in the corners of our bodies, hearts, minds. It’s never wanting to leave safety. It’s longing. This song holds a really deep place in my heart. I feel it through me intensely. Life. A carnival.

“Dog Bark Echo”:
Shahzad (Ismaily) and I sat up through the midnight hours in a castle in Italy, he asked me to speak some of my poetry over the top of this instrumental he had made. All of my innocence and hope is here. The magic of that moment will be forever inked into my skin, and soul. We found a space beyond time. Beyond space. I want to live in this place. I want to return to this safe home.

“Golden Age”:
I had been listening to a lot of Mazzy Star and Beck and spending some time out in Joshua Tree. They both seeped into this song. It’s a swirling dance of love and desert. Wilderness black coffee birthday naked and alive free. Heartache wine headache never want to leave.

“Wolf”:
An overflowing of love, an inky blue night, a wet poem, a wild wolf, a myth, a mess of tenderness, a flower and an ocean.

“Baby”:
This song was from a dream, a dream from the beginning of love, a response to another dream. Two demon girls in an infinite heaven, in a wash of white light. Its a lullaby, a call, an echo. Two creatures trying to find their way back to each other, morphing forms, trailing the stars, tracing the void, falling into each other’s arms.

“Everything Everything”:
A surrender to the impermanence of life.