When your eyes first alight on the cover artwork for Justin Bieber’s new album Justice, you might think to yourself, “I’ve been that hungover,” or “I, too, hate having my picture taken,” or, “This new Teenage Mutant Turtles reboot looks sick.” But only true Beliebers could see such a collection of questionable design decisions and have faith in the accompanying music.

Here it is, in all its slime-hued glory: 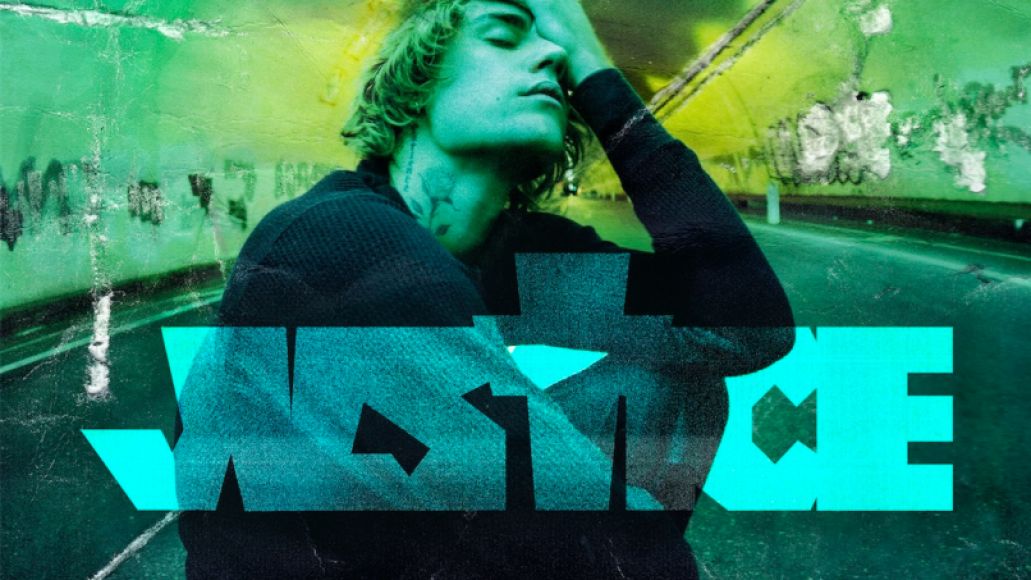 The 26-year-old superstar looks like he would rather be anywhere else. The pose doesn’t help; his hand is arranged in the traditional, “I have a headache,” position, and the camera squats below him, with little view of his eyes but a perfect shot right up the nose. Bieber aims for cool indifference, even sexy indifference, but it’s hard to look cool or sexy when leading with your gaping nostrils.

Then there’s the lighting, which hearkens back to the most fluorescent pop impulses of the late nineties. Here, Bieber is green. In most other ways he does resemble a human being, but still, his skin is green; the saturated tone of a cartoon about to hurl. It’s yet another element contributing to the picture’s sickly malaise.

Finally, we come to those big bubble letters. Meant to invoke graffiti tags, the font is barely legible and inconsistent from character to character; the ‘c’ has sharp edges, the ‘e’ is totally flat, the ‘u’ is a a ‘v’, and the ‘i’ is nothing but a rectangle. Besides that, the word Justice is stuck almost in the middle of the image, causing a bizarre division. Everything worth seeing is above; all the green and golden light, the tousled hair, and hungry nostrils. Below is nothing but an oddly-draped arm and awkwardly bent leg. The colors are so severe that it doesn’t even look like his leg continues below the knee. This is beyond a photoshop fail; this is a graphic design amputation.

Still, plenty of artists before Bieber have released excellent music alongside questionable visuals, and we remain cautiously optimistic. The arc of pop music bends towards Justice March 19th via RBMG/Def Jam Records. Pre-orders are ongoing.

Facepalm Along with Justin Bieber to His Godawful New Album Art