McKinley Dixon will make his Spacebomb Records debut on May 7th with the new album For My Mama and Anyone Who Look Like Her. The emerging MC is previewing the release with the lead single, “make a poet Black”.

In 2018, with little industry support, Dixon put himself on the map with a pair of self-released LPs, The Importance of Self Belief and Who Taught You to Hate Yourself? That output attracted the attention of Matthew E. White’s Spacebomb label, which is better known for folk- and funk-inflected artists like Natalie Prass, Hiss Golden Messenger, and Fruit Bats. But setting genre aside, Spacebomb has become a home for incisive lyricism, and in that sense, Dixon fits right in.

For My Mama and Anyone Who Look Like Her is an album-length exploration of trauma and time. As Dixon mused in a statement, “Is time linear when you’re still healing and processing?” He added, “Storytelling is time travel, it’s taking the listener to that place. Quick time travel. Magic. These raps I’m making are no different than stories told around the campfire. They elongate the culture.”

Dixon explained that the new song “make a poet Black” wrestles with these themes in the context of death. He said,

The creation of the song ‘make a poet Black’ was at a pivotal moment, not only in my musical timeline, but my life. I was achieving a lot of milestones in the same week I lost someone integral to my childhood. The accumulation of stories involved this person and when they passed, I questioned the validity of my memories. I went through a sort of an impostor syndrome and had a lot of uncomfortable moments with myself. This resulted in a song that challenged who I was, challenged my intentions and created this narrative of me chasing a version of myself that I lost. ‘make a poet Black’ is the result of me questioning: what about trauma forces a Black person to feel the need to create?”

The track eschews traditional drums, using hard-plucked strings to provide texture and a sense of a percussion. Dixon injects drama by modulating his voice, starting off with a jazzy slur and later adding frenetic layers of anxiety. Yet the song’s climax arrives with an ellipses, as the rapper leaves the hardest part unsaid. “If I was really sad I’d put this shit to my head/ ‘Cause fuck a double entendre, my n—- is…” He trails off, allowing that word ‘dead’ to echo soundlessly in the listener’s mind.

The accompanying music video was directed by Jordan Rodericks. In stark black and white, Dixon wakes as if from a dream and finds a plate spinning on the kitchen floor without explanation. In the woods, he tracks a young boy, and finds the frames of unfinished houses and doors that suggest an in-between state of existence. Check out “make a poet Black” below.

For My Mama and Anyone Who Look Like Her drops May 7th and pre-orders are ongoing.

For My Mama and Anyone Who Look Like Her Artwork: 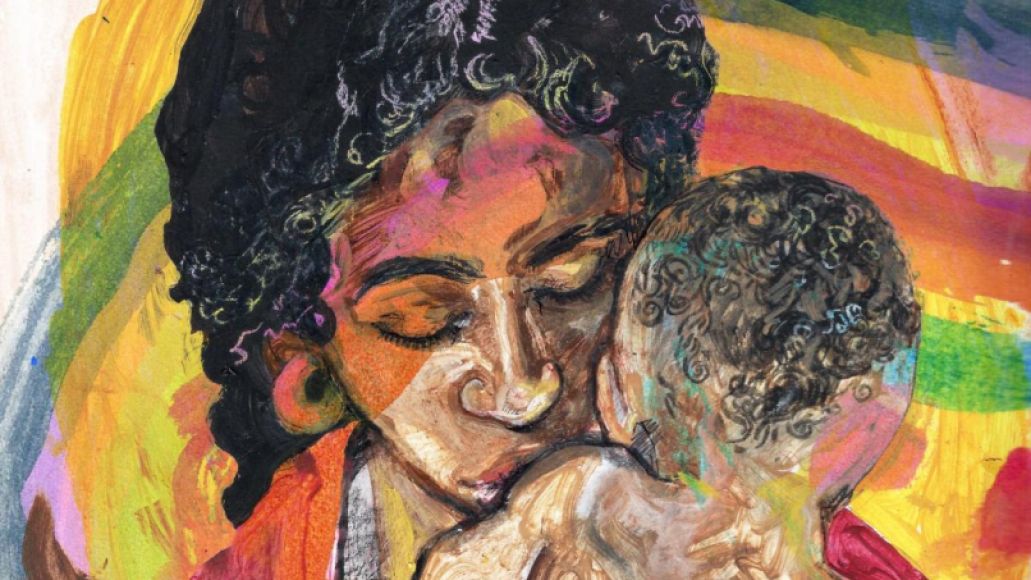