There’s a rhythm inside all of us. Not of the sort that makes some people naturally gifted dancers or at least gives them the sense to clap on two and four. It is the irregular, yet constant, beat that resides in our chest. The first sound we become aware of in the womb and, if we are lucky, the last sound we hear before we die.

For all his talent as a drummer and percussionist — skills that require a deep-seated feel for rhythm — Milford Graves listened to his heart more closely than any piece of music.

During the past few years of his life, which came to an end on Friday January 12th at the age of 79, Graves was working with some biologists in Italy to create a device that would measure the human heartbeat and convert it into a melody. By sending that same sound back into a person’s body, they claimed they could help generate new cells and increase blood flow. As he told BOMB in 2018, “The circulatory system is bouncing, man.” 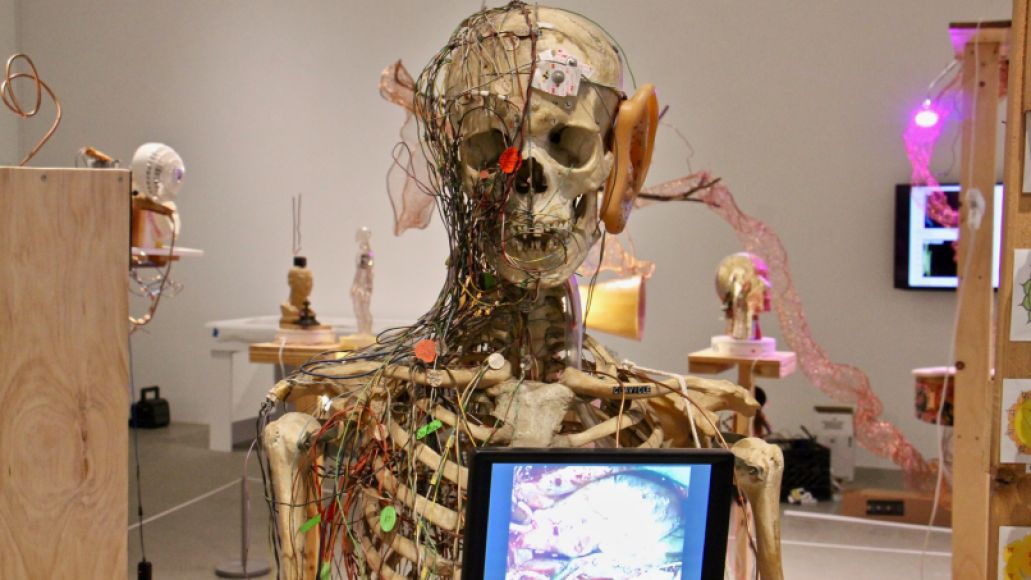 Graves will rightfully be remembered for his contributions to jazz and avant-garde music — the only genres able to withstand the power of his explosive, full-bodied drumming. But everything he did in his long life was an attempt to stay tuned in his own “natural frequencies,” as he put it, and to help others do the same.

That work took on many forms beyond his studies of the circulatory system. He was an herbalist, mixing tinctures and poultices in the basement of his house in Queens, and an acupuncturist. He established a fast-moving brand of martial arts called yara, named after the Yoruban word for “nimble,” which he referred to as “physical jazz.” Like all autodidacts and musicians, he followed whatever path he chose with his whole body and mind while keeping an ear trained on how others in his blast zone responded and reacted to his efforts and adjusting accordingly.

Graves began his musical career following a much more straightforward line. In his teens and early 20s, he played timbales in various Latin jazz groups, including a combo with a young Chick Corea. But upon seeing Elvin Jones playing with John Coltrane, Graves switched to a trap kit. “I said, ‘[Elvin’s] cool, but I hear something else, man,’” he told The New York Times. “I heard what he wasn’t doing.” Graves quickly became a mighty presence in the post-bop and free jazz scenes. He formed the now-legendary New York Art Quartet with Roswell Rudd and John Tchicai and performed or recorded with the likes of Sonny Sharrock, Sun Ra, Paul Bley, and Cecil Taylor. He was even onstage at Coltrane’s funeral, sending the saxophonist to his reward with a thundering performance alongside Albert Ayler.

Through it all, Graves’ playing was radical, unbound. His whole body got involved. He would sometimes play holding multiple sticks in his hands, allowing him to play complex polyrhythms. He would scat, shout, and grumble into a microphone to accompany his playing. He would hang Indian temple bells near his kit and rattle them with his head. Graves even said that he viewed his footwork behind the kit as a kind of dance movement.

His experiments with rhythm and sound extended to the setup of his kit. He took the bottom heads of his toms to give them extra resonance and volume. He would include congas for a touch of high end. And after some years, he stopped playing with a snare drum. “People say, ‘He can’t play a snare,’” Graves said during an interview published on Red Bull Music Academy. “I say, ‘Have you listened to my early recordings?’… And when I did play snare drum, you know what people say? ‘Man, he plays snare drum another kind of way.’”

The contradiction was how Graves’ strict adherence to his own rhythm and practices could clash with other people and players. As a teacher at Bennington College, a position he held from 1973 to 2012, he incorporated a kind of whole mind/body approach to teaching improvisation and music (“drawing on influences from martial arts, science, medicine, cooking, history, culture, and much much more,” as someone put it on Rate My Professors) that some students bristled at. And he pushed his drumming to the fore in every setting. To the point that, after playing a set with Ayler in 1967, a fan mistook him for the bandleader. “‘The way you were playing, I thought you were the leader of the group,’” Graves told RBMA.

At the same time, he loved collaborating with other artists, sparring musically with the likes of John Zorn, Lou Reed, and Bill Laswell in his later years. And he took his work as a healer very seriously, spreading the word of curative properties of herbs, nutrition, and sound on the human body. He would also hold regular symposiums in the basement of his home, with an array of people stopping in. “You’re meeting classical musicians there, you’re meeting consecrated priests in Santeria and Ifá and voodoo, you’re meeting doctors, you’re meeting guys who run the health food store in South Jamaica, drummers, gardeners,” said Jake Meginsky, Graves’ former assistant and the director of the documentary Milford Graves: Full Mantis, of these get-togethers in 2018.

The release of Full Mantis and the attention that was being given to his healing practices and studies were drawing more new people into Graves’ orbit than ever before. Pianist Jason Moran sought him out for performances, and even Alice in Chains vocalist William DuVall has apparently been working on his own documentary about Graves. And just last month, the Institute of Contemporary Art in Philadelphia closed an exhibition devoted to Graves’ life and work featuring sculptures, costumes, and record covers he had created as well as his old drum setups.

In 2004, John Zorn said that “this culture is not equipped to appreciate someone like Milford.” At the time that may have tracked, but it seemed like Graves was finally getting the recognition he so richly deserved. Even so, true to his idiosyncratic nature, his passing feels somehow perfectly timed. Just as the world was finally starting to listen closely to the sound of Graves’ heartbeat, he found another rhythm to explore.