A new Motörhead archival live album and concert film is on the way. Titled Louder Than Noise… Live in Berlin, the release documents the band’s 2012 performance at the Berlin Velodrom. The set arrives April 23rd on CD/DVD, vinyl, and digital formats.

The 15-song set rips through the signature moments of Motörhead large song catalog, highlighted by hits like “Ace of Spades”, “Overkill”, and “The Chase Is Better Than the Catch”. To tide us over, a clip of “Over the Top” was released to coincide with the album’s announcement.

On December 5th, 2012, Motörhead were in the midst of the “Kings of the Road” tour. At this point, the trio of late frontman Lemmy Kilmister, guitarist Phil Campbell, and drummer Mikkey Dee had been playing together live since 1995. You can hear the decades of chemistry on “Over the Top” as the trio rampage in unison, creating a sheer volume worthy of record’s title: Louder Than Noise.

Thankfully, the Berlin show was not only captured in audio form, but also on video by director Herwig Meyszner, whose previously shot concert films for Saxon, Exodus, and Kreator. The multi-camera film captures every moment of the performance, making it one of the most complete visual documents of latter-era Motörhead in the live setting.

Louder Than Noise… Live in Berlin is available as a CD/DVD combo in digipak form, as well as standalone vinyl and digital versions of the audio portion. Pre-order the album via Motörhead’s online store or Amazon. Check out “Over the Top”, plus the album’s artwork and tracklist below. 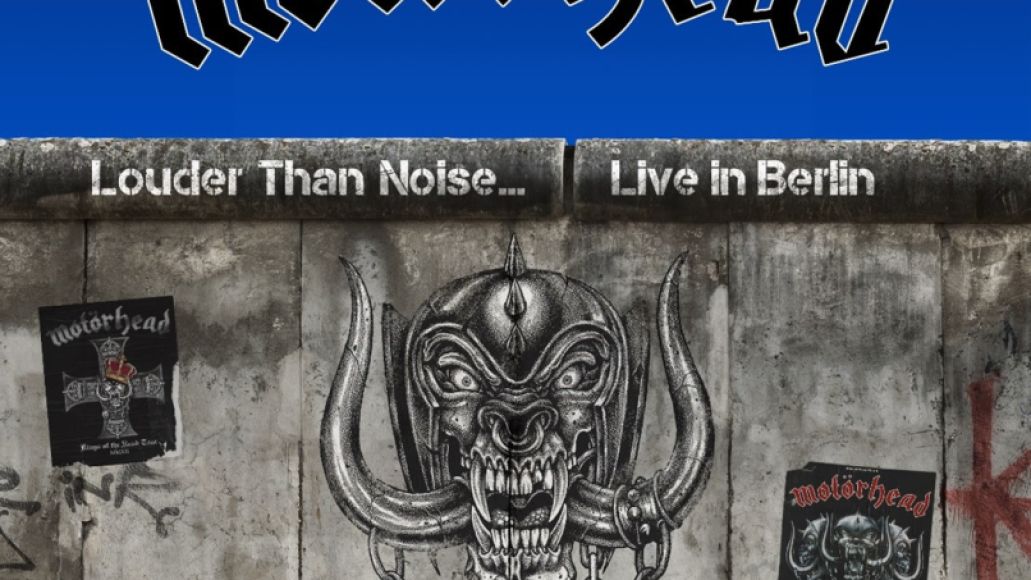