Heart co-founder Nancy Wilson has shared the details of her debut solo album, You and Me, which is slated for release on May 7th, 2021. The Rock and Roll Hall of Famer released the lead single, a cover of Bruce Springsteen’s “The Rising”, in late October.

Wilson primarily recorded the album in her California home studio while working with band members and special guests remotely. “Being off the road last year from touring with Heart, and at home with my good guitars and amps out,” Wilson said via a press release, “I felt like I was once again able to reconnect with my pre-Heart self, my college girl self, creating poetic, intimate and romantic songs, which pretty much is what I first brought in to Heart.”

Most of the tracks are described as acoustic ballads, but You and Me also includes a “rousing rocker” titled “Party at the Angel Ballroom” featuring Duff McKagan of Guns N’ Roses and Taylor Hawkins of the Foo Fighters. The project closes out with “4 Edward”, Wilson’s tribute to the late Eddie Van Halen.

In addition to the Springsteen cover, You and Me features Wilson taking on Pearl Jam’s “Daughter”, The Cranberries’ “Dreams” with Roadcase Royale bandmate and Prince collaborator Liv Warfield, and Simon & Garfunkel’s “The Boxer” with Sammy Hagar.

Almost Famous Cast Gets Back on the Bus in New Oral History Podcast: Stream

You can pre-save the title track, written with frequent collaborator Sue Ennis, right now. The single will be released on March 8th, with album pre-orders available the same day.

In the lead up to today’s announcement, Wilson teamed up with Epiphone to launch a new signature guitar.

You and Me Artwork: 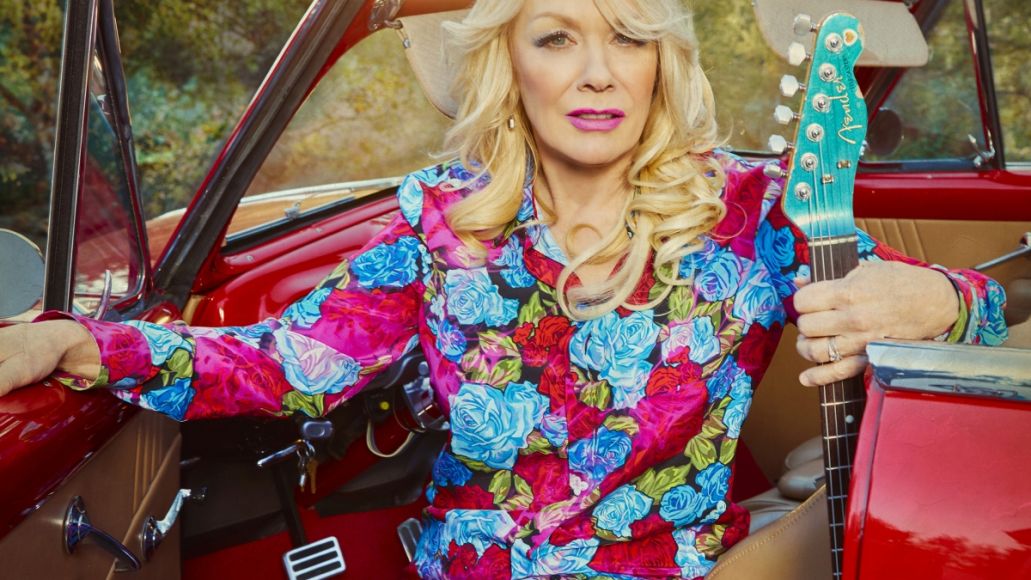 Heart's Nancy Wilson Details Debut Solo Album You and Me