Rapper/producer Pell has formed the new musical collective GLBL WRMNG with dozens of his fellow artists from New Orleans. Their debut album glbl wrmng vol. 1 is out February 19th, and today they’ve shared the lead single, “501”.

GLBL WRMNG is an expansive project, with contributions from dozens of producers and artists including Jelly of Tank and The Bangas, Malik NinetyFive, Jzzle, Lil Iceberg, Kr3wcial, and $leazy EZ. That inclusivity is by design; Pell set out to foster connections in the NOLA songwriting community. As he explained in a statement,

“I wanted to make records with all my hometown friends that didn’t have to be just Pell records that could showcase the talent of New Orleans and what we had to offer. I wanted to executively produce this record and then give us all something to call back on whenever we were on the road or outside of the city so that we could keep connecting and building together.”

Named for the telephone area code of New Orleans, “504” is a love letter to GLBL WRMNG’s hometown. The beat lands with a thump, with deep bass drums set off with infectious hand claps. Pell raps of driving, “On the I-10 highway cruising where the view at/ Was on the west coast but u know a brother flew back.” Kr3wcial handles the anthemic hook, and $leazy EZ delivers an ode to the city’s energetic flirting. The accompanying music video has the energy of a block party and Mardi Gras’ vibrant colors. You can check out that, as well as the artwork and tracklist, below. 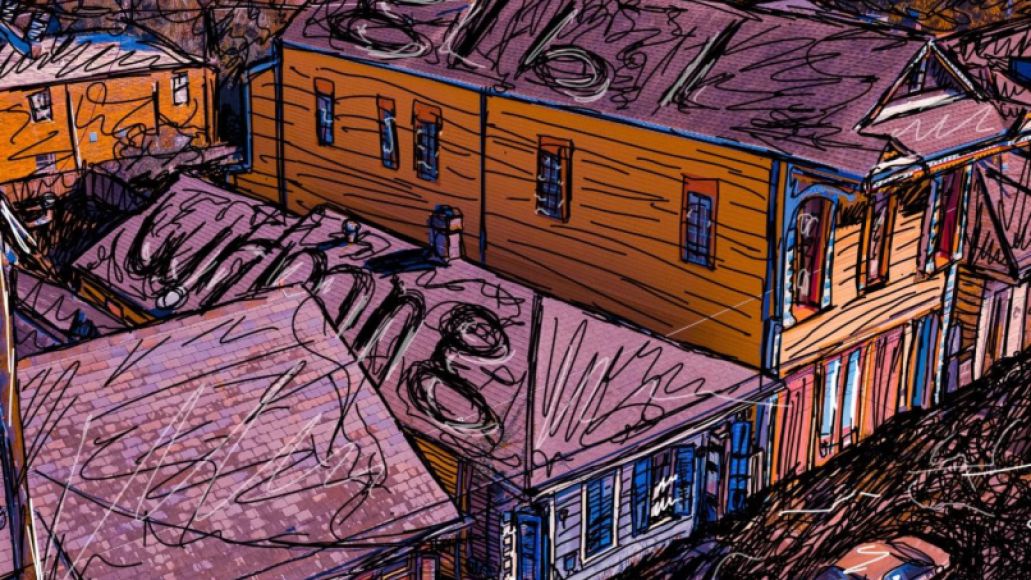