This review was originally part of our Fantasia Festival 2020 coverage.

The Pitch: Jack (Peter Vack) is a lonely boy in the big city. He lives in a rundown apartment—the only kind anyone can afford in New York City–where his windows are duct-taped over and his day-to-day involves either bowls of Maruchan ramen or online poker games. But he also engages in BDSM scenes with a number of cam girls, and one in particular has caught his eye. Enter Scarlet (Julia Fox), who dominates Jack from afar, making him a human ashtray as smoke billows out from her big beautiful lips. As time ticks away and more and more money is dropped, Jack and Julia begin to connect on a deeper level, a connection that sets both parties up for twists that audiences will never see coming.

I’ll Always Love You New York: With PVT CHAT, writer-director Ben Hozie paints a sleazy picture of a New York City that doesn’t appear to exist anymore — somewhere on the edges of Taxi Driver, the films of Abel Ferrara, and the neo-realism of the Safdie brothers (particularly, Good Time and Uncut Gems). All throughout the film, Jack stalks the neon-tinted, rain-soaked streets of Chinatown, searching for rub-and-tug massage parlors to spend his gambling winnings for human contact and a few minutes of pleasure. At one point, he even attends an art installation that feels like a leftover from Andy Warhol’s Factory era. 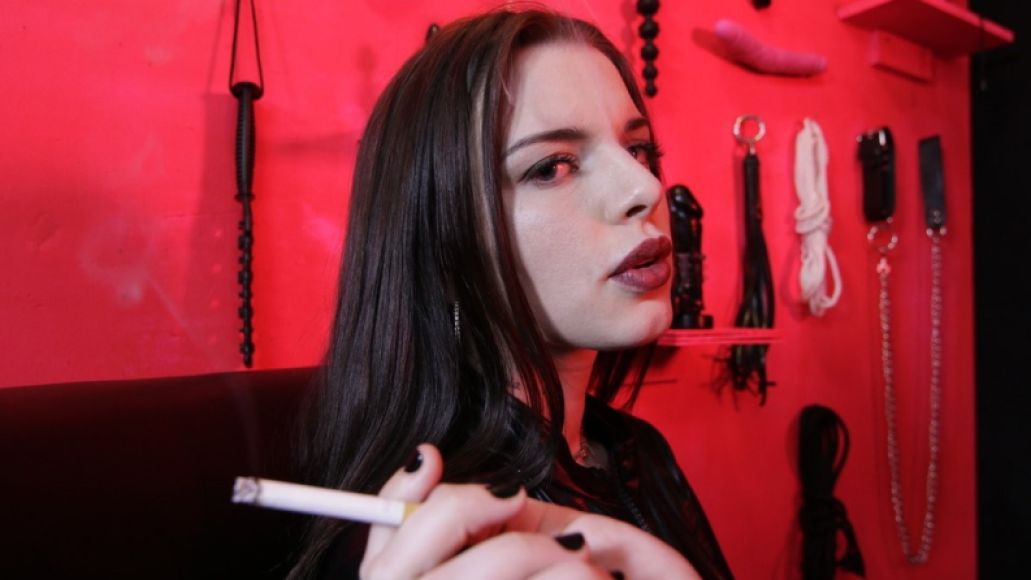 The Sexual Tension: The sequences that feature Scarlet dominating Jack online are some of the most earnest and honest to god sexy depictions of kink on screen. Everyone points out that films like Secretary and last year’s Dogs Don’t Wear Pants are superior to Fifty Shades Of Grey, championing them as better examples of BDSM relationships. But those films still fall back on the tired trope that the characters are into kink because of trauma or some kind of emotional scar. Granted, kink isn’t the main thrust of PVT CHAT, but the film matter-of-factly presents Scarlet and Jack’s relationship as is: In other words, some people are just more adventurous sexually, despite leading ordinary, dull, lonely lives.

PVT Chat constantly surprises the audience, zigging when you expect it to zag. While the film explores situations and themes that audiences have seen countless times before, Hozie knows this and plays with audience expectations. Just when it appears Jack is slipping into a violent stage of obsession, Hozie pulls back and focuses on the relatable feelings of rejection and building someone up in your own head to be someone they never were. 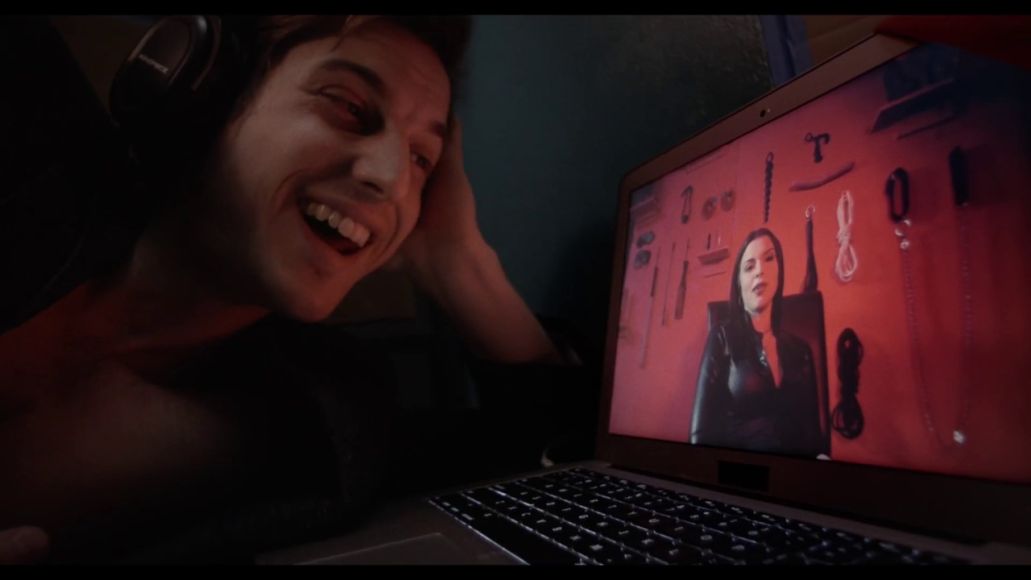 Unlike Isa Mazzei’s Cam from 2018, Hozie empathizes with not only the sex worker, but the people who keep them in business. Jack does indeed have creepy tendencies, but he’s portrayed much more three-dimensionally. (It helps that Vack has a natural likability that appeals to the audience, admittedly.) Fox—a vision in PVC and knee-high latex boots—brings an honesty and naturalism to the role of Scarlet, and that humanity ekes through later as she and Jack discuss their hopes, dreams, and disappointments.

The Verdict: PVT CHAT is a thoroughly modern romantic comedy exploring isolation and loneliness that is equally inspired by Paul Schraeder’s American Gigolo as it is The Apartment. The film presents a vision of a grimy, gritty New York City that outsiders may feel like all but disappeared after Giuliani cleaned up Times Square and the grindhouse theaters all closed down. Hozie and Fox bring an unparalleled sexiness and authenticity to the kink sequences, an especially impressive feat given that the majority of them take place through computer screens. It’s a fantasy with a happy ending, and don’t we all deserve one? Even us perverts?