One of our most anticipated albums of 2021 is the impending new record from St. Vincent. Last year, Annie Clark confirmed that the LP would arrive by this summer, and earlier this week some eagle-eyed Reddit users spotted posters that indicated it’s titled Daddy’s Home and would be released on May 14th.

In a new interview with The New Cue, Clark didn’t confirm either of those facts, but she did share some key details about the album’s theme, sound, and recording process. While speaking with the new weekly music newsletter, the Grammy-winning rocker revealed that it was co-produced by Jack Antonoff (who she worked with on 2017’s MASSEDUCTION ) and that it was heavily inspired by early ’70s New York City.

“I would say it’s the sound of being down and out Downtown in New York, 1973. Glamour that hasn’t slept for three days,” she said. “In hindsight, I realized that the MASSEDUCTION tour was so incredibly strict, whether it was the outfits I was wearing that literally constricted me, to the show being tight and the music being angular and rigid.”

“When I wrapped that, I was like ‘oh, I just want things that are fluid and wiggly and I want this music to look like a Cassavetes film,’” she continued. “I wanted it to be warm tones and not really distorted, to tell these stories of flawed people being flawed and doing the best they can. Which is kind of what my life is.”

In a 2020 interview with MOJO, Clark mentioned that she was listening to a lot of Stevie Wonder and Sly And The Family Stone, and wanted to pivot from the neon pink colors of MASSEDUCTION to “the color palette of the world of Taxi Driver.” In this new interview, the 38-year-old elaborated on why she’s so drawn to that era.

“I went back to these records that I probably listened to more in my life than at any other time,” she said. “Music made in New York from 1971-76, typically post-flower child, kick the hippie idealism out of it, America’s in a recession but pre-disco, the sort of gritty, raw, wiggly nihilistic part of that.”

“It’s not a glamorous time, there’s a lot of dirt under the fingernails,” she added. “It was really about feel and vibe but with song and stories.”

She also spoke about working once again with Antonoff, who is best known for producing sleek pop records by the likes of Taylor Swift and Lorde. He’s certainly not someone who evokes “gritty” qualities, but Clark said that he responded really well to the stark new direction she wanted to take on this album.

“I was in Electric Lady Studios in New York and wanted to do this sleazy, grimy record and Jack was fully on board,” she remembered. “He whipped out some great Wurlitzer playing, super funky, then he’d get on the drums and do totally the right vibe. And then he was playing this fucking awesome bass, ripping it.”

She continued, “It was cool to get to see Jack bust out these chops. And same here, I actually have some deep understanding of harmony that I keep to myself most of the time but here I bust it out.”

Lastly, Clark skirted a request to confirm that the album is titled Daddy’s Home, but she did explain why she would have chosen such a title (an implicit confirmation, if you will).

“So the nuts and bolts of it is like, my dad got out of prison in 2019. He’d been in for 10 years,” she said. “My first song for it was a story about when I used to go visit him and I would sign crumpled-up Target receipts somebody had left in the visitation room.”

“And, of course, it’s incredibly sad, but it’s also incredibly absurd so the whole family has found a way to laugh about it,” she continued. “So that was the impetus, I guess.”

That’s all we know for now, but the album’s Antonoff-produced lead single, “Pay Your Way In Pain” is slated to arrive very soon. Stay tuned, because it definitely seems like we’ll learn more in the coming days. 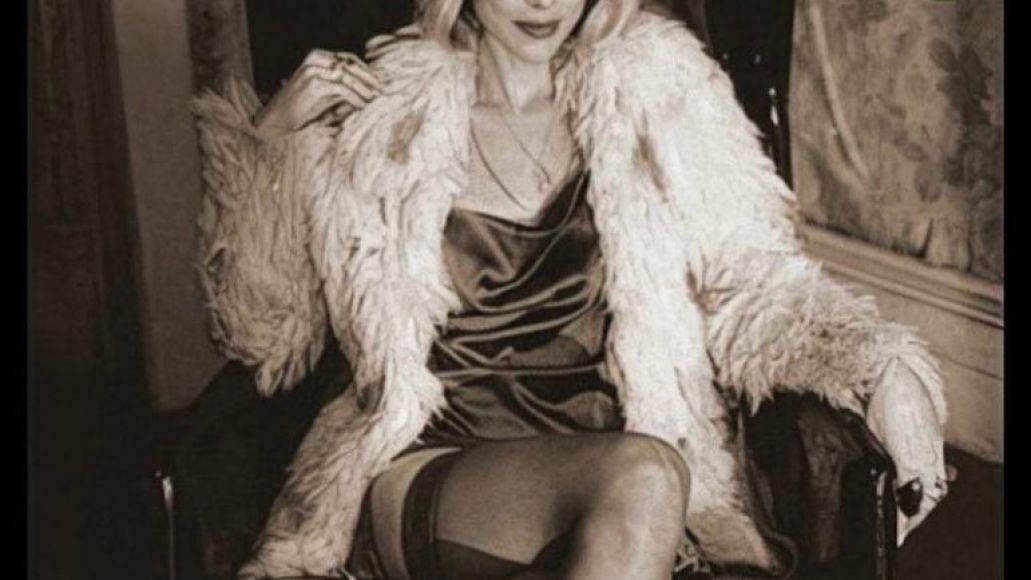