The Pitch: Roman (Bakary Koné) is a young man who runs with the wrong crowd — notably, the polarizing and recently murdered Zama King. For guilt by association, Roman ends up going to MACA prison, located on the Ivory Coast of Africa. Little does he know, he’s arriving right in the middle of a turf war, where Half-Mad (Jean Cyrillie Digbeu) and Lass (Abdoul Karim Konate) are battling it out to see who will take over leadership from MACA’s dying leader, Blackbeard (Steve Tientcheu).

A Chorus: Have you ever seen a Greek tragedy stage play? One with a full ensemble? Where every prop and all the space is at the cast’s disposal? It’s a fully inclusive experience in which the audience and the actors are partners in seeing the plot through to the end. Writer and director Philippe Lacôte appears to draw from this medium with Night of the Kings — and succeeds.

In line with MACA ceremonial tradition, Blackbeard orders Roman to tell a story when the blood moon rises, one that must last until dawn. If Roman stops before this time, he’ll die. The story must be engaging, too — one the whole audience will enjoy. As such, Roman decides to tell a fable that will test his wit and awareness: a fantastical origin story of his late friend, Zama King. 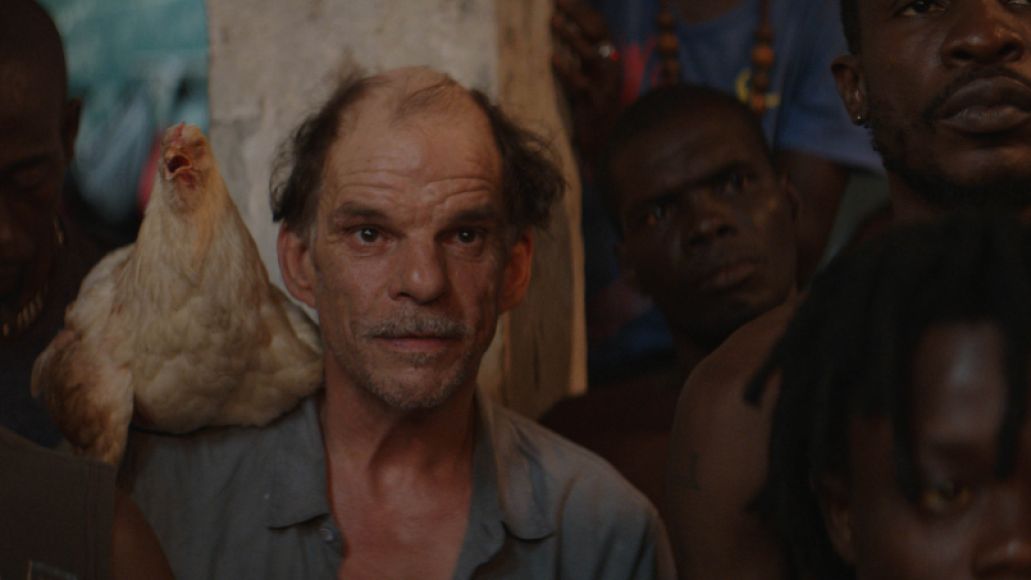 Night of the Kings (Sundance)

Movement: As Roman recalls the tale, inmates mimic his words with song, dance, and movement. This only enhances the story and its impact on the prisoners. But there is more than just Roman and his words. There is a whole conspiracy happening simultaneously with the ceremony. Inmates are dropping dead, a coup is brewing, and Nivaquine (Issaka Sawadogo), the MACA warden, has lost all control of the facility to Blackbeard. Roman integrates what he sees unfolding at MACA as the foundation of his story, and you can often see historic details appear in real time among the inmates.

The cast of characters has a symbiotic relationship. Every person is an essential element to the events happening within and outside of the story. The film succeeds in this measure by giving every single performer a distinct personality no matter the screen time. And since Lacôte’s direction is stage-oriented, he uses that technique to fill up every inch of space to make the film — and, by proxy, the actors — appear larger than life. Horror elements also aide in creating a sense of atmospheric helplessness, what with the dimly lit corridors, eerie sounds, and twisted faces that nod to Dante’s Inferno.

The Verdict: Orators and bards lead their entire lives around storytelling. They see the value in history because these stories mimic life and can often be prophetic. The African diaspora is rich with past experiences and stories that span generations. Everyone is at liberty to tell their story how they see fit, but the great ones endure. After all, storytelling is an essential part of the human experience: How would we know the past and create futures without it? That conceit is the heart and power of Night of the Kings.

Night of the Kings Stresses the Timeless Power of Great Storytelling: Sundance 2021 Review