The Pitch: FBI Agent Clarice Starling returns to the screen 30 years after Jodie Foster’s Oscar-winning performance in Jonathan Demme’s The Silence of the Lambs. The new psychological drama from CBS joins the titular FBI agent a year after she caught and killed notorious serial killer Buffalo Bill. As the title suggests, this iteration of Thomas Harris’ Hannibal Lecter series is centered firmly on the titular agent as she struggles with PTSD and the burden that comes with being a hero.

Rebecca Breeds steps into the famous cheap shoes and West Virginia accent to make the role her own, delivering a nuanced performance that feels simultaneously familiar and fresh. Set in the post-Waco ’90s, Clarice is an examination of misogyny in the workplace and the tightrope women must walk to avoid being dismissed as hysterical. Though the source material is initially the draw, Clarice is at its strongest when the victims and survivors step out of the shadows.

The Story Goes On: Recreations of iconic imagery and a washed and worn palette carry forward the gritty atmosphere of Demme’s Academy Award-winning smash, making this update feel like an authentic continuation. Most of these recreations come in the form of flashbacks and triggers that combine with stylized glimpses of Clarice struggling to deal with insomnia, repressed rage, and the overwhelming burden of national recognition to effectively set up themes of PTSD and recovery.

Though continuing the story of a cinematic masterpiece, Clarice often feels like a network show, paced to last for an untold number of seasons. The action begins immediately, but familiar plot mechanics lurk under the surface, setting the stage for a drawn-out narrative. Because of this, there is a definite procedural feel that occasionally stalls the action, but with room to grow. In other words, co-creators and showrunners Alex Kurtzman and Jenny Lumet can allow the story to take its own unique shape. 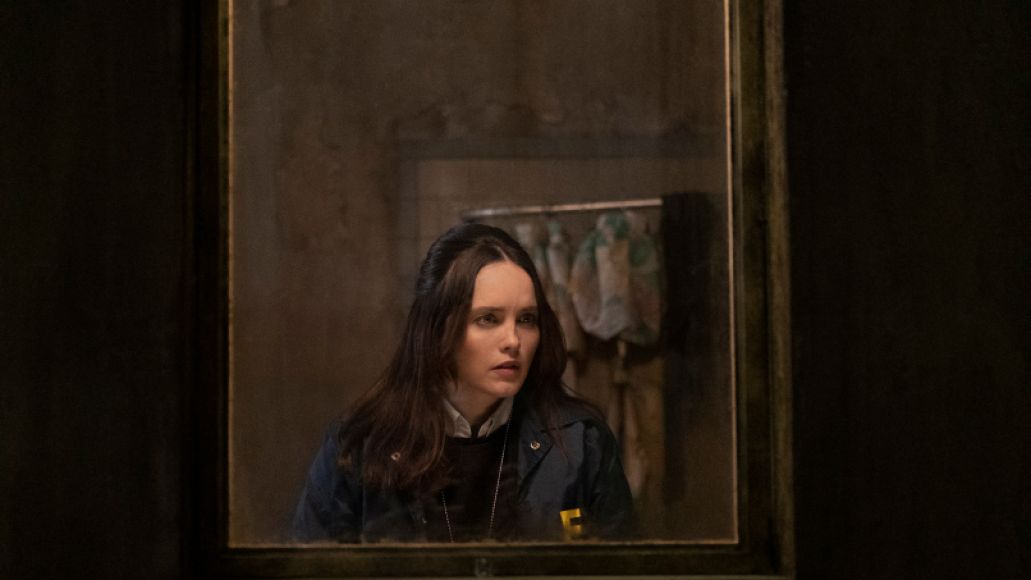 Survivors and Victims: The series opens in therapy. Starling tells her story to an agency-mandated psychiatrist one year after she entered the house of Jame Gumb, aka Buffalo Bill (Simon Northwood), where she saved the life of his would-be victim Catherine Martin (Marnee Carpenter). Since then, she has become a savior of sorts to families of Bill’s victims and especially to Catherine.

Suffering from PTSD herself, Clarice struggles with this responsibility, particularly the labels of victim and survivor. We see through flashbacks that she is triggered by mention of Bill’s crimes and contact with his victims. Thus far, she has coped by isolating herself from the field and avoiding active duty. However, Catherine’s mother Ruth Martin (Jayne Atkinson) — now US Attorney General — assigns her to a special task force investigating violent crimes due to her unique experience. 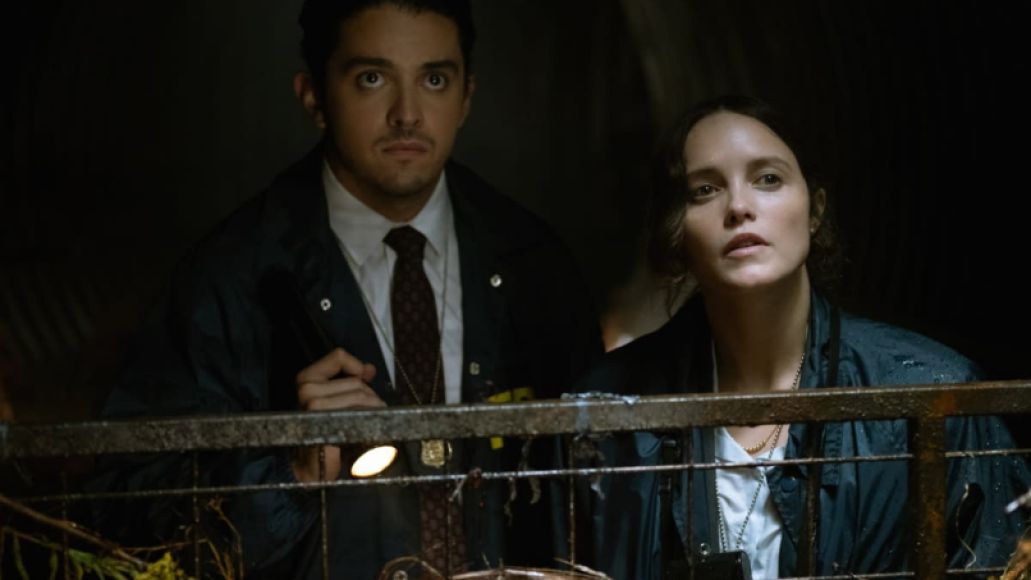 Let’s not forget, Ruth Martin is also a victim, and her need to stop serial killers is her own attempt at finding some closure. But it’s her daughter Catherine who has the more complicated narrative. Although Catherine is often presented as a caricature of her profound trauma and a burden to Clarice, this depiction of PTSD is affecting — and we see it on full display.

Catherine over-exercises to avoid the heavyset body type Bill looked for in his victims, she questions the reality of her kidnapping, and she craves the source of comfort she finds in her rescuer. Three episodes in, she mostly serves as a trigger for Clarice, but hopefully the story will expand to give Catherine more of a voice. It would certainly behoove the series.

After all, Clarice is at its best when exploring the multifaceted nature of PTSD, especially the secondary victims created in its wake. Kurtzman and Lumet are insofar presenting a nuanced depiction of survivors like Catherine, treating them as unique people rather than a monolith of symptoms. It’s a surprising twist on a show centered so heavily on IP. 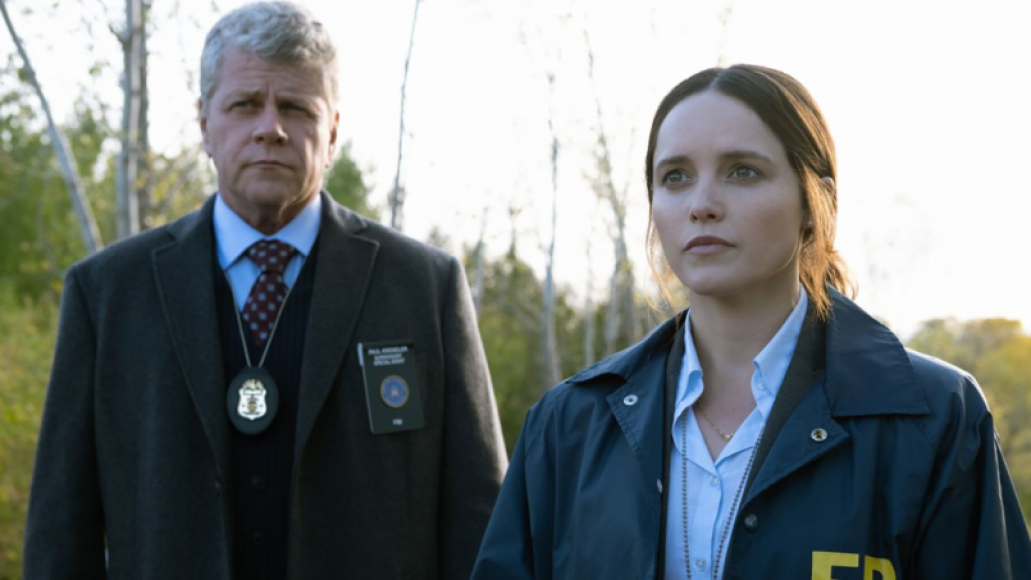 Empathy in the Workplace: Set in the mid-’90s, Clarice continues the feminist tradition of Lambs by confronting micro-aggressions and misogyny in the workplace. Clarice is viewed as weak and untrustworthy by her male colleagues and supervisors even though she demonstrates neither qualities and provides essential insight into their investigations. She also faces jealous harassment from those who feel she caught the notorious killer by luck rather than the strength of her intuition.

But, Clarice successfully stopped Bill because her empathy gave her the ability to see things not evident to her male colleagues. Rather wisely, Kurtzman and Lumet avoid presenting this trademark as an inherently feminine trait, though. Instead, they contrast her empathy to the tradition of alpha male dominance in law enforcement. It’s a fitting nod to Demme’s original, which has long been seen as a feminist landmark for its use of visual framing to subvert the male gaze.

The Hannibal in the Room: Due to IP issues, Clarice cannot legally say the name of Lamb’s big bad, cannibalistic psychiatrist Hannibal Lector. Fans of the film will know he formed a predatory and manipulative relationship with Clarice, and is presumably still at large after the story’s conclusion. He’s briefly referenced in the first scene as “her last therapist,” but his impact on Clarice is palpable, both in her resistance to therapy and her distrust of her agency-appointed therapist, played here by Shawn Doyle.

This hesitancy may be justified, however, due to the as yet unnamed doctor’s tendency to intentionally trigger her, employ gaslighting language, and subtly threaten her career with the power of his diagnosis. It’s in these sessions that we see the visual framing implying predation used to an unnerving effect. However, we see Clarice also use it as she stands up for herself by setting boundaries and making important decisions about her own mental health. Whether this doctor will turn out to be the new psychiatric villain remains to be seen, but it’s an updated and self-aware turn on a notoriously fascinating character.

The Verdict: Dr. Lector looms large in the works of Thomas Harris and in the horror genre itself. Although Agent Starling is a beloved character, Sir Anthony Hopkins’ iconic portrayal of Lecter is often the go-to iconography of Demme’s film. Without him, Clarice shifts that focus to the object of Lecter’s fascination, and after 30 years, Starling is finally telling her own story.

What we get is a nuanced portrait of trauma and survival. That thesis culminates in the series premiere’s conclusion, when Clarice reminds us that we each decide for ourselves what stories are worth telling and that the victims and survivors of evil deserve mention too. By centering those left behind in the wake of two notorious men, Clarice is doing precisely that.

Where’s It Streaming? Clarice premieres on February 11th via CBS.

Clarice Shifts the Gaze of The Silence of the Lambs: Review