Vic Mensa was the musical guest on Thursday night’s episode of A Late Show with Stephen Colbert, where he was joined by Wyclef Jean and Peter CottonTale. In addition to performing his recent single “Shelter” (sans Chance the Rapper), the Chicago MC debuted a new track called “FR33DOM” — and it turns out both songs are from an upcoming project called I TAPE.

Due out March 26th via Roc Nation, the five-track I TAPE follows last summer’s excellent V TAPE. Production comes form Just Blaze and Smoko Ono, with additional orchestrations by Peter CottonTale. The EP has a strong focus on addressing America’s distressingly present history of overcriminalization and racial injustice, as was heard on “Shelter” and made doubly clear with “FR33DOM”.

Andre Muir, who helmed the “Shelter” video, also directed Mensa’s Colbert performance. Surrounded by Black men laying on the floor with nets over their heads, the striking visuals brought to life the medley’s message about our failing justice and penal systems. But as powerful as Mensa’s lyrics are set against that backdrop, the most poignant moment came when Julius Jones, a death row inmate mentioned in “Shelter”, read a poem he himself had written.

Watch the impactful performance below.

Out in just one month’s time, I TAPE is available for pre-save now. 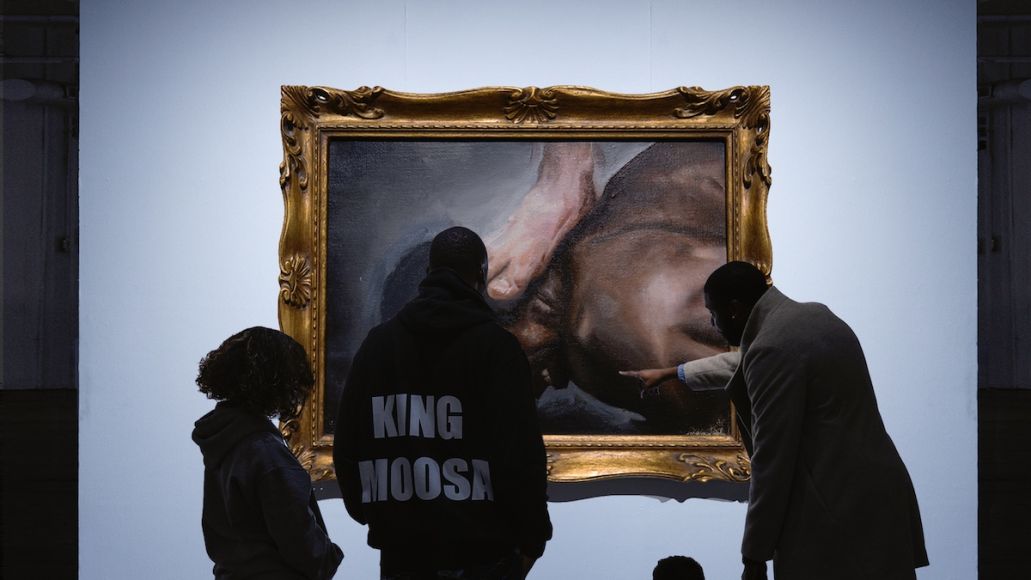